An experiment in mice found that the damage once incurred became irreversible. 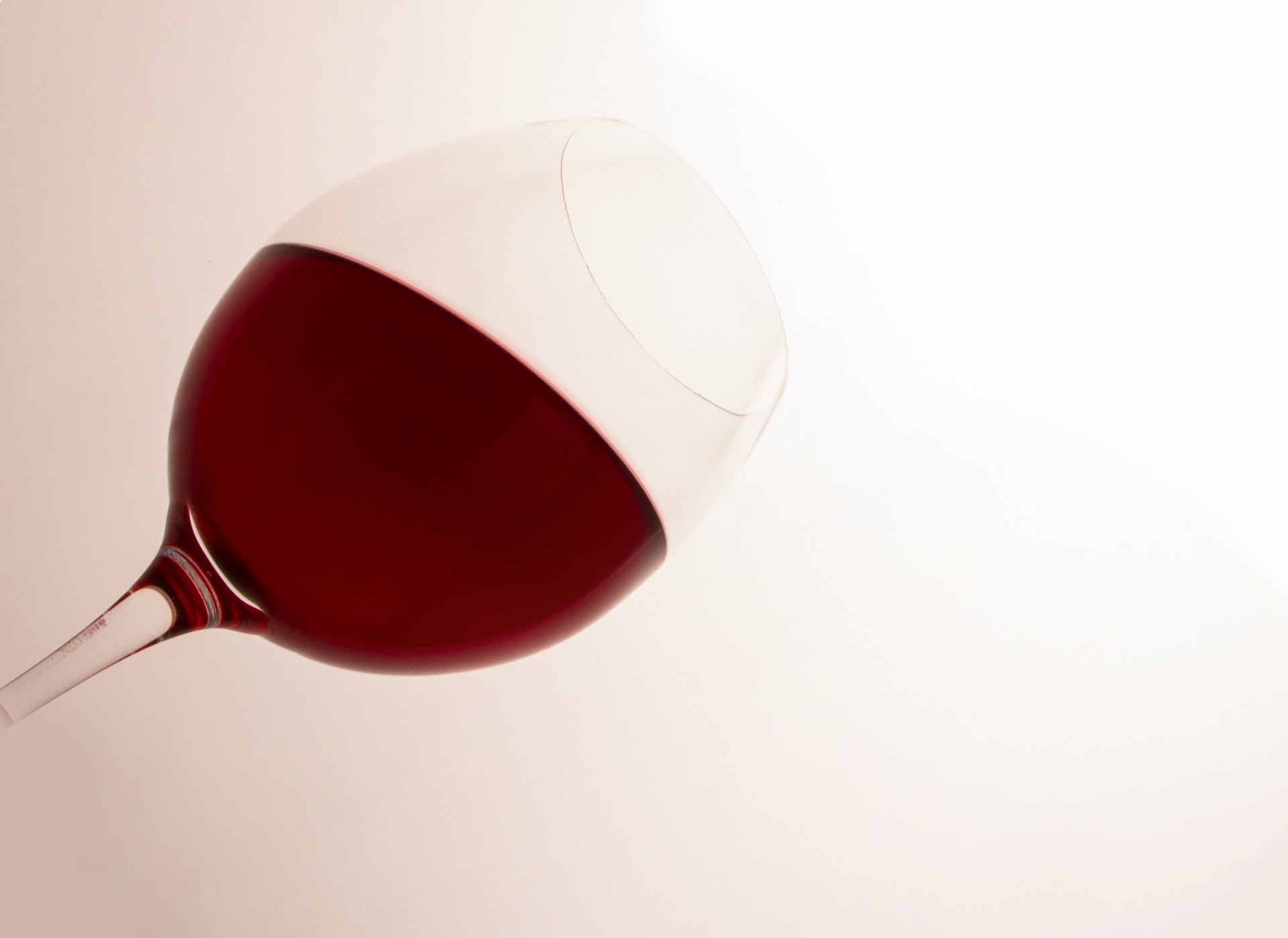 just one instance of exposure was enough to introduce DNA breaks and cause the chromosomes to rearrange themselves. Sponchia/pixabay

Alcohol wrecks your genetic code and makes you more vulnerable to cancer and blood disorders, according to a study published earlier this month.

It has been estimated that about 4% of the deaths due to cancer are of alcoholic origin. However, how the booze itself set off cancer-causing mutations in the body has remained unclear.

The same group of researchers had conducted a study earlier on a disorder called Fanconi anaemia. Those who suffer from this disease have a faulty DNA repair mechanism that makes them prone to impaired bone marrow function, physical abnormalities and cancer. Patients have a low blood cell count and lose the ability to produce blood cells by the age of 40.

Ketan J. Patel, a professor at the M.R.C. lab and the principal investigator of the new study, had been looking for the toxin that could cause such overwhelming damage. He discovered that acetaldehyde, a chemical compound produced in small amounts during normal cell metabolism, could be mediating the damage.

Acetaldehyde is also produced when we consume alcohol but it is quickly removed from the body’s cells by an enzyme called acetaldehyde dehydrogenase 2 (coded for by the ALDH2 gene). However, about 500 million people in South East Asia are deficient in ALDH2 enzyme function. In these individuals, acetaldehyde persists for longer periods within the body, raising the risk of genetic damage. In fact, patients of Fanconi anaemia with defective versions of the ALDH2 gene show graver signs of genetic toxicity.

Patel wrote in The Independent, “Our previous research revealed the principle mechanism that protects us from alcohol-induced DNA damage. The first level of this protection consists of an enzyme that converts acetaldehyde – a toxic … into a harmless substance.”

The second protection, he said, is the repair function that’s missing in people with Fanconi anaemia.

To learn more, Patel and his colleagues removed the primary protective mechanism – the ALDH2 gene – from the bone marrow of a group of mice. This was achieved by using genetic tools to knock off the ALDH2 gene. Because the DNA crosslink repair function offers additional protection against damage mediated by acetaldehyde, they disabled this system by removing a gene called FANCD2, which is defective in patients of Fanconi anaemia. The aim was to get a true measure of the damage that acetaldehyde could help inflict.

When mice with a compromised acetaldehyde-clearing function were given alcohol (equivalent to four to five pints of beer in adult humans), the cells in their bone marrow were dealt four-times as much damage as compared to mice with healthy enzyme activity. Scientists found that just one instance of exposure was enough to introduce DNA breaks and cause the chromosomes to rearrange themselves.

A class of cells in the bone marrow called haematopoietic stem cells (HSCs) produce all kinds of blood cells throughout the lifespan of a living being. When the crosslink DNA repair pathway goes kaput, HSCs keep accruing this damage and eventually stop being able to produce blood. Incorrect damage repair and the accumulation of genetic mistakes in stem cells can also give rise to cancer.

Patel’s team wanted to study the nature of this damage. They used other genetic tools to map lesions that arose in single HSCs when exposed to alcohol. For this, they resorted to bone marrow transplants.

First, the researchers disabled the marrow cells in healthy mice by exposing them to radiation. Then, they transferred single HSCs from mice that didn’t have the ALDH2 and FANCD2 genes. However, prior to being lodged in healthy mice, the HSCs were first exposed to alcohol in laboratory glassware. This ensured that the genetic toxicity of acetaldehyde would be mirrored in each blood cell produced by mice receiving the exposed HSCs.

After four months, the team collected blood from these animals. They found that mice containing the ALDH2- and FANCD2-deficient HSCs had a reduced blood count. Those blood cells that had been in circulation contained several mutations in their genomes (point mutations, insertions, deletions, translocations and chromosomal rearrangements). They also found that the damage once incurred became irreversible: the marrow cells lost their abilities and started mirroring aged, compromised cells. This could explain the high incidence of blood disorders in people who consume large doses of alcohol.

A prevailing hypothesis is that when the genetic damage exceeds a certain limit, cells probably commit suicide to keep themselves from passing on their mutations. Such is nature’s ace in the hole to ensure genetic damage isn’t propagated.

The team also tested this possibility. It deactivated the suicide pathway by removing another gene, called Trp53, in mice without the FANCD2 and ALDH2 genes, and found that the blood cell count recovered. Strangely, none of the cells harbouring DNA lesions were eliminated and healthy blood cell counts were maintained.

This could explain why alcohol (probably) doesn’t raise the risk of blood cancers as much as it affects the risk of developing certain other cancers. “The blood system has a very stringent quality control mechanism to get rid of anything that is damaged,” Patel told The Guardian.

Thus, their study illustrates how acetaldehyde could give rise to genetic lesions in some tissues. Because most of these tissues are not as specialised in getting rid of damaged cells, the mutations ultimately become carcinogenic.

“The results as presented are probably reliable,” Kathy Jung, director, division of metabolism and health effects at the US National Institute on Alcohol Abuse and Alcoholism (NIAAA), told The Wire. “However, the direct connection to alcohol-related cancers is not entirely clear”,

The cancers that NIAAA considers alcohol-related are all solid tumors: in the breast, liver, colon and head and neck (e.g., esophageal, pharyngeal). However, that the study’s authors considered the HSCs system for their analysis was a problem. According to Jung, “It is possible that the same biochemical mechanisms apply to solid tumors, but that has not been demonstrated directly in this publication.”

Mayurika Lahiri, an associate professor from the Indian Institute of Science Education and Research, Pune, said that the article is important because it sheds light on how alcohol consumption and enhanced cancer risk may be epidemiologically linked.“Through their research, the authors have established the players that are involved in safeguarding the genome to maintain its stability. These findings are very important for individuals lacking the ALDH2 gene,” Lahiri, who studies DNA damage, told The Wire.

In people with a compromised acetaldehyde-clearing function, nature has evolved a way to prevent damage: when they consume alcohol, their face starts flushing, becoming red. This happens when acetaldehyde builds up in their bodies. Those who inherit two mutated copies of the ALDH2 gene also experience nausea and a rapid heartbeat. The effects can be so unpleasant that it discourages drinking. But people with one normal copy of this gene have been found to be able to tolerate these effects better.

In 1979, 2.5% of Japanese alcoholics were deficient in ALDH2 enzyme activity. However, a more recent survey found that almost 26% of Tokyo’s drinkers were found to contain only a single functional copy of the ALDH2 gene.

Most people deal with drinking-associated flushing like a cosmetic problem. But there is evidence to suggest that such individuals have a six-to-10-times higher chance of contracting oesophageal cancer.