Could There Be Life on Europa? NASA Okays Mission to Find Out

The milestone parallels the European Space Agency's JUICE mission planned for the mid-2020s, which will study the icy moons of the Solar System's largest planet 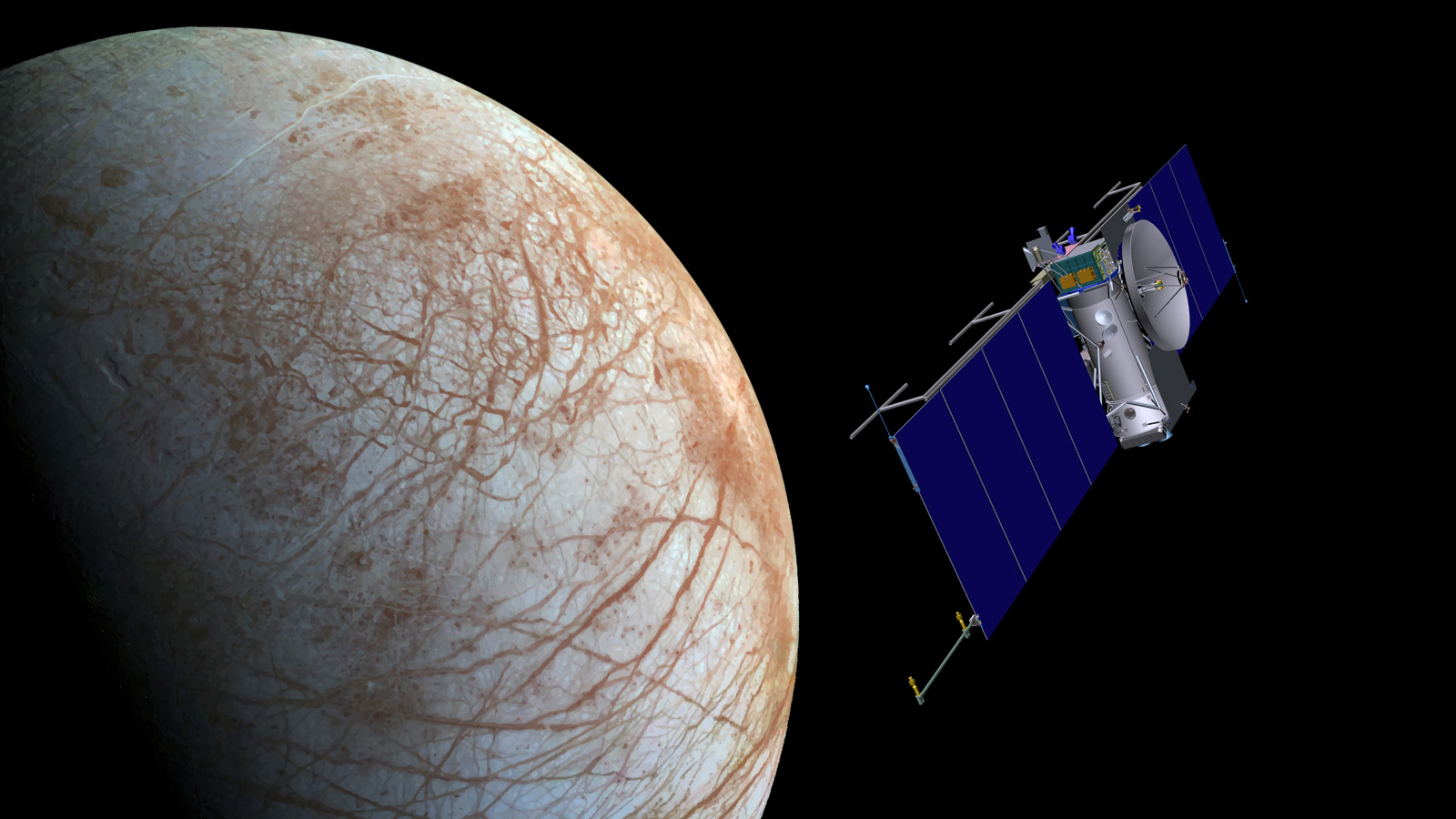 Artist concept of NASA's Europa mission spacecraft approaching its target for one of many flybys. Credit: NASA/JPL-Caltech

The NASA mission has tentatively been called Clipper, and its proposal comes on the back of tantalizing evidence from the Galileo mission that Europa could have the conditions to harbour life. Galileo conducted multiple flybys of the moon in the 1990s and revealed signs that it could be harbouring a massive subsurface ocean – with more than twice as much water as on Earth – under an ice shell a few kilometres thick. It also found that the ocean-floor could be rocky, there were tidal forces acting on the water-body, and that the thick ice shell could be host to plate tectonics like on Earth.

These characteristics make a strong case for the existence of habitable conditions on Europa because they mimic similar conditions on Earth. For example, plate tectonics on Earth moves a jigsaw of landmasses on the surface around. Their resulting interactions are responsible for moving minerals on the surface into the ground and dredging new deposits upward, creating an important replenishment cycle that feeds many lifeforms. A rocky seafloor also conducts heat efficiently toward and away from the water, and tidal forces provide warmth through friction.

With NASA’s okay, the Europa mission moves to the “formulation stage”, when mission scientists and engineers will start technology development. The agency’s fiscal year 2016 budget includes $30 million for just this, according to a May 26 statement, out of a total of $18.29 billion that Congress has awarded it. NASA has already also asked for $285 million through 2020 for the Europa mission, with the overall mission expected to cost $2 billion notwithstanding delays at the time of a launch planned for 2022.

The same statement also announced the scientific payload that would accomplish the mission. Out of 33 proposals submitted, NASA selected nine – all geared toward exploring the ice- and water-related properties of the moon. They could also be pressed into observing other moons in the Jovian neighbourhood – many of which are icy and have curious surface and atmospheric characteristics resembling Europa’s. These include another of Jupiter’s moons, Ganymede, and Saturn’s Dione, Enceladus, Hyperion, Iapetus, Phoebe and Tethys.

ESA’s JUICE mission – part of its broader Cosmic Vision strategy for a class of long-term missions in the 2020s – is planned to launch in 2022 and reach Jupiter by 2030. At one point, it will enter into orbit around Ganymede. If NASA’s Clipper is at Europa by then, what the two probes find could be complementary, and be compared to infer finer details.