Aggressive cell contaminants and subsequent misidentification of cell lines may have rendered the results of 30,000 (and counting) studies wrong. 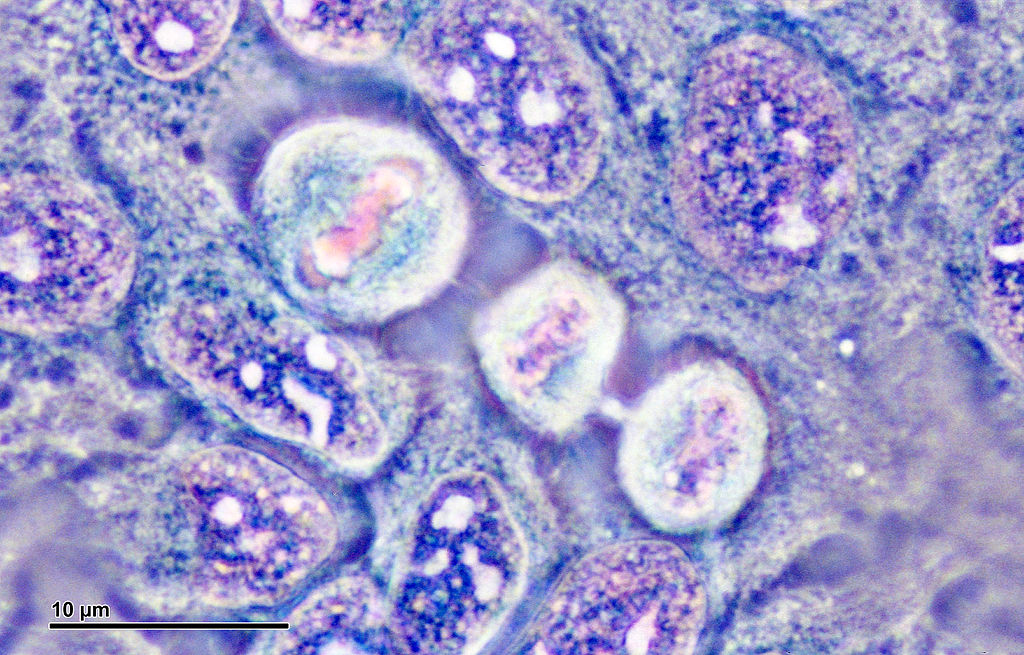 Biomedical and molecular biology research rely almost entirely on cell lines, which serve as proxies for a disease of interest. Cell lines enable researchers to model certain conditions that occur within our bodies but within a dish. Using this as a framework, researchers try and understand the inner workings of the cell and the processes that occur within it.

Most cell lines are populations of cells, usually cancerous in nature, isolated from a patient’s organ/tissue. Unlike normal cells, these can be grown in a dish forever owing to their ability to divide indefinitely. The most well known example of this are HeLa cells, which are cervical cancer cells derived from a patient named Henrietta Lacks.

During the process of growing and distributing the cells, there is a chance of the cell line losing its identity. An unintentional introduction of a foreign cell type (called cross contamination) that outgrows the original cells or accidental mis-labelling of a vial of cells often going unchecked leading to a discovery somewhere down the line that the cell line is no longer what it should have been.

Such cell lines are then brought to the attention of the scientific community by a notifying paper and listed in a database of misidentified cell lines by the International Cell Line Authentication Committee (ICLAC). According to the ICLAC database, 451 cell lines exist with no known authentic stock. Thus, their origins are unknown.

Articles based on misidentified cells

A recent study published in the journal PLOS One says that there could be over 30,000 articles employing such misidentified cell lines for their research in active circulation and that they could be being cited by another half a million papers. Such a huge body of spurious work is a cause of grave concern to the scientific community at large because it muddles the understanding of the field by mixing facts with artefacts arising from contaminated or misidentified cells.

A snowballing effect could be that more and more studies build up their work based on these primary erroneous results before remedial action can be initiated. This leads to a waste of resources and time and can have severe consequences for research related to drug screens and clinical trials.

The first report of a cell line misidentification was published in 1968. Subsequently, scientists reported that a large number of cell lines could be affected by HeLa cell cross contamination. Despite these early reports, the number of studies employing misidentified lines has been growing steadily.

Serge Horbach and Willem Halffman, researchers from Radboud University, The Netherlands, and authors of the new study, found that in 2016, over 40,000 scientific articles were published that cited the primary literature arising from such cell lines, indicating that this problem has been far from resolved. “What’s even scarier is that we’ve known about these wrongly identified cells for half a century, yet many researchers aren’t aware of this. New articles are published every week about misidentified cells.” Serge said in a statement.

Does this issue originate from research communities limited to a few countries with new or emerging research facilities and training? The study suggests that of all articles published on cells by researchers of a particular country, a high fraction of articles dealing with misidentified cells were from those with excellent research standards (such as the US, Germany and Japan, etc.). They also note that in the past five years, China has been pumping out a large number of such ‘defective’ articles.

According to Amanda Capes-Davis, the Chair of the ICLAC, it’s not about the location but about the training. “Misidentified cell lines are a risk for any scientist that does cell culture, regardless of location,” she said. “We can reduce the risk through good cell culture practice – for example, we can reduce the risk of cross-contamination of one cell line by another if we never handle the two cell lines at the same time and quarantine reagents from each other.

“But we can never eliminate the risk entirely. The best way is to conduct regular checks to pick up problems early.” Capes-Davis has been acknowledged in the above study for her comments on the manuscript.

Among all disciplines, the bulk of the articles reporting incorrect findings belong to biomedical sciences – like oncology, molecular biology, biochemistry, pharmacology and cell biology.

Apart from the level of reliance on cell lines, researchers from these fields could be prone to errors because of the demands made of them. “Biomedical researchers tend to work under high performance pressures, from funders, but also from exaggerated reliance on performance indicators, such as publication output,” the authors wrote in an email. “At the same time, issues or errors in biomedical research, especially clinical trials, potentially directly affect patients, which renders errors in this research discipline potentially more severe and in more direct need of adequate response.”

There are some tools to authenticate cell lines but they aren’t often used. The authors continued, “Besides journals and publishers, research-performing organisations have a responsibility in tackling the issue of misidentified cell-lines. This can be done by facilitating the researchers to regularly check their cell cultures (which can currently be done both quickly and inexpensively).”

Capes-Davis agrees, “I believe the best way to proceed is to include quality checks right at the beginning of the research work – at the time someone starts work on a cell line, or at least when someone submits a manuscript for publication.”

This study also raises questions about the role of journals in fixing this problem. The authors point out that when “honest errors” are made, there should be a way to correct them without repercussions for the researchers themselves. “One of the ways in which this can be tackled is by providing clear and transparent retraction notices, clearly distinguishing between retractions due to misconduct and retractions due to honest errors,” they said. The authors also feel that encouraging scientists to report their own mistakes is crucial to the process of scientific enquiry.

Journals can also help by refusing to publish ‘contaminated articles’ and by affixing an alert of some sort on articles that have already been published that were written on the back of faulty data.

At the outset, this study is not about the problems of a particular field but rather a reflection on the practice of science itself. Sundar Sarukkai, a professor of philosophy at the National Institute of Advanced Studies, Bengaluru, said, “I see a more universal pattern not restricted to the study on cell lines. There is a problem in publications driving science. Some might say that in quantity lies quality – so having more publications increases the chance of important breakthroughs. But this belief does not seem to be based on any evidence. Today, the pressure to produce papers is more an attempt to legitimise public expenditure on science. This, in my view, is a very shortsighted view and this corporatised accountability of science is reducing science to a craft.”

Neha C.V. is a masters student in molecular and cell biology at the Jawaharlal Nehru Centre for Advanced Scientific Research, Bengaluru.