Scientists in Bengaluru have unraveled an ingenious mechanism behind the phenomenon called brain-sparing, first noticed in the 1970s. 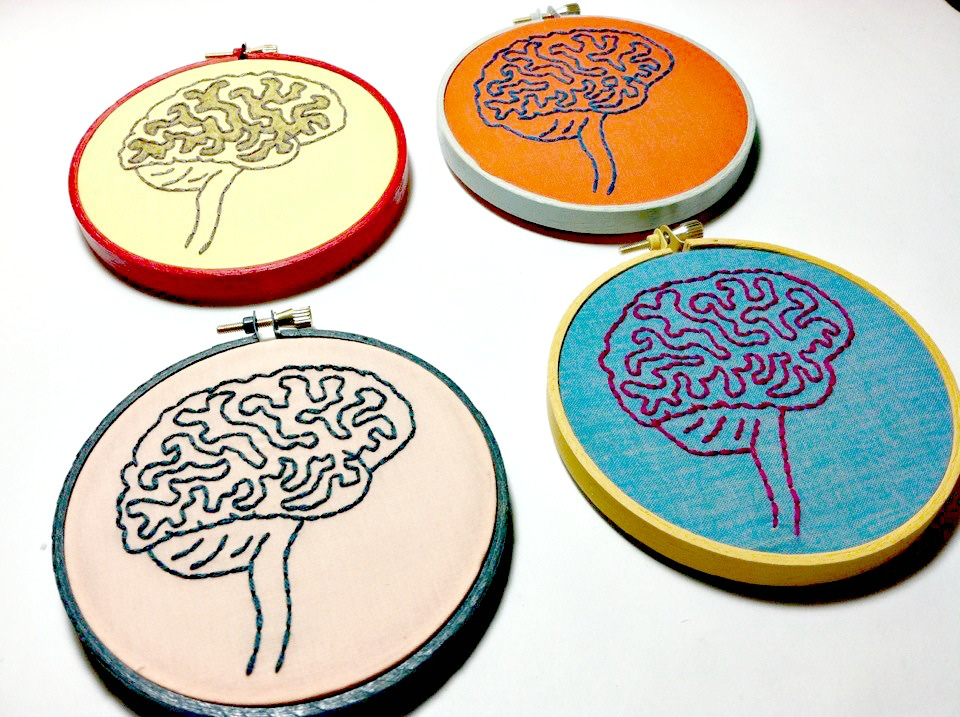 The prevailing wisdom is that a developing brain can grow near-normally even when deprived of nutrients in the early days of life. It’s a phenomenon called brain-sparing.

However, developmental biologists continue to be unsure about how this is possible, even though it was first observed almost five decades ago. In the early 1970s, medical scientists noticed that the brains of babies born to severely malnourished mothers were almost fully developed while their less critical organs had stunted growth.

Now, a team of researchers from the Bengaluru-based National Centre for Biological Sciences (NCBS) has claimed to have unearthed some rare insights into how the brains of living organisms can cope with nutritional deficiency.

Their finding is important because it could explain why a large number of children born to malnourished mothers around the world still manage to survive; in India alone, more than 40% of expectant mothers suffer from malnutrition. The NCBS efforts could also help us understand how nutritional deficiency in children impacts their cognitive abilities as they grow up.

Nutrition is a basic requirement for all cellular activities, and when they are not available in adequate quantities, cells hit the brake on activities like protein synthesis. Organisms typically take in some proteins from food, break them down into amino acids and re-synthesise them back into proteins depending on and in what form when they’re required. During brain-sparing, however, proteins of some kind continue to be produced, even if the organ is short on some nutrients.

NCBS scientist Gaiti Hasan and her postdoctoral student Megha attempted to find out why. According to their studies using fruit flies as model, brain-sparing prompted brain cells to shut down a cellular programme that they normally used and switch to a completely different signalling mechanism – one that did not require nutrients for protein synthesis. Their results were published in the April 2017 issue of the journal Development.

In nutrient-rich conditions, cells in a growing animal principally use a signalling pathway that is based on an insulin receptor to make proteins. When the animal is starved, the subsequent paucity of nutrients switches this receptor off, leading to a slowdown in protein synthesis in all cells. At the same time, some cells – such as brain cells – need to keep growing like normal whether nutrients are or aren’t available.

“When nutritious food is available, insulin, the growth hormone, binds to the insulin receptor and directs a cellular programme to make more protein,” Hasan told The Wire. “But when the nutrients are absent, this pathway is turned off. Brain cells that need to continue to make protein during this time, such as hormone-producing neurons, use a calcium signalling pathway to make proteins.” 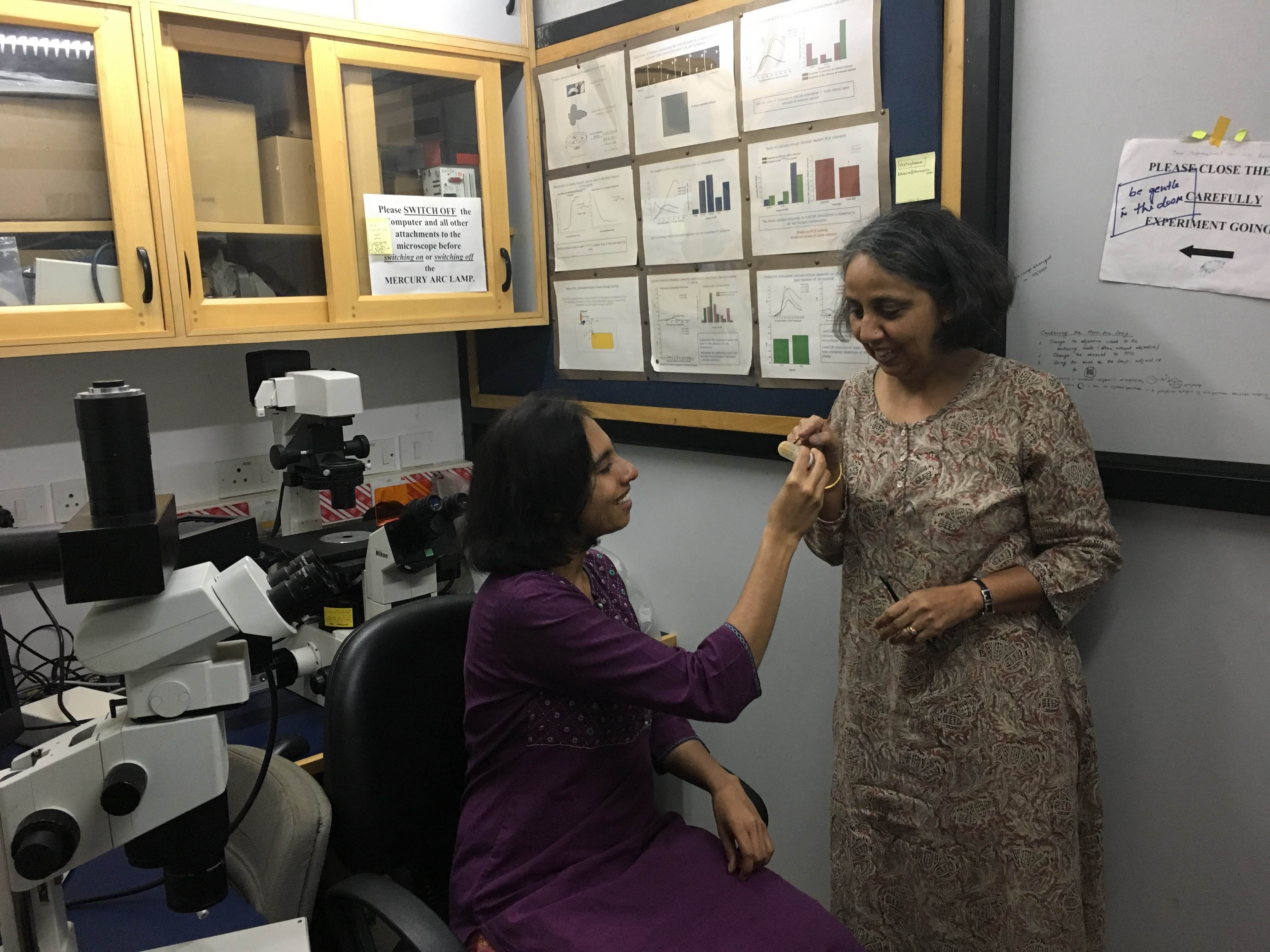 “While the role of calcium signalling in protein synthesis is known from cell culture studies, [it’s been established for] the first time … in a living organism,” she said.

“The work is significant since it highlights that intracellular signals, possibly in a nutrient-independent manner, control protein translation which is essential to maintain cells including neurons,” Ullas Kolthur Seetharam, a biologist from the Tata Institute of Fundamental Research, Mumbai, told The Wire. He was not involved in the study. He observed that, given human health is largely shaped by both over- and under-nutrition, investigating such mechanisms is important even if they are not therapeutically relevant.

“Our story began with mutant flies that had impaired calcium signalling,” said Megha. “We noticed that the mutant was unable to transition from larva to pupa when deprived of proteins.” Flies go through four distinct life stages: egg, larva, pupa and adult. As larvae, they eat voraciously to shore up resources that help them to go through the next developmental stage, the pupae.

This sent the researchers on a quest for the cell type or organ in the fly’s body that was responsible for all this. They were eventually led to the neurons, and they finally decided to focus on the NE cells. Working down from the whole animal to a particular cell type, the study unraveled the molecular pathways inside cells that connect protein metabolism to animal growth.

As Megha put it, “This study is a vignette that feeds into this bigger picture of brain sparing.”

By helping NE cells make proteins during periods of starvation, the alternative calcium signalling pathway ensures that the minimum protein mass required for reaching the pupal stage is reached. This way, development can be completed, she explained.

The new study builds upon a work carried out by a team of British researchers led by Alex Gould at the National Institute of Medical Research, London, about six years ago. Gould, now with the Francis Crick Institute in the same city, and his colleagues were the first to develop a fruit fly model to study the sort of brain sparing that is more prominently observed in higher-order mammals.

According to Hasan, developing a fly model for brain-sparing in vertebrate animals is important because their brains have a higher neuron population compared to insects like, say, flies.

Brain-sparing makes evolutionary sense to her. If the brain is somehow allowed to grow in a near-normal way, it remains able to coordinate the development and functions of other organs. But “if the brain is not protected, the organism will not live to see another day. This seems to be the logic for having such an alternative system working,” Hasan said.

Megha, who has been in Hasan’s lab for five years, now plans to take this study forward independently. In the future, she hopes to study how early-life nutrition can affect adult brain function. “I think this can be a great way to gain insights factors affecting intrauterine grown retardation and how early nutrition, especially during gestation, can influence metabolism and mental health later in life.”

T.V. Jayan is a Delhi-based journalist who has been covering science and technology topics for over two decades.