The active particle design can be used to model the swimming dynamics of spermatozoa and as a potential microscopic transport system. 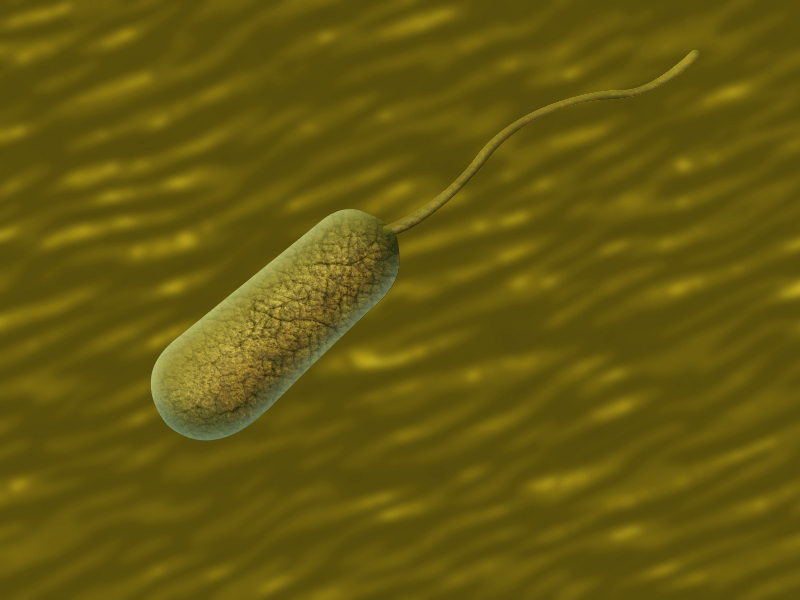 At first glance, a beaker of water with bacteria in it is normal, like any other beaker of water. However, under a microscope’s lens, the differences come to light. You see small organisms shuttling around in water using their own energy. The ability of bacterium to propel themselves is what enlivens the beaker of water – making it essentially different from a solution of passive particles like salt. This is why physicists refer to self-propelling systems as active matter. Murmurations of starlings, shoals of fish and suspensions of bacteria are all active-matter systems, different in their own right but united by virtue of the ability of each of their constituent particles to move on their own.

While the collective properties of such systems are a major research topic, active-matter systems show interesting dynamics at the level of individual particles. Examples are abound around as well as inside us: the complex swimming dynamics of a single cell of E. coli and the staggering efficiency of the molecular motor known as kinesin.

Active particles in nature have learned to move after centuries of evolution. However, designing such particles in the lab poses an immense challenge. Groups around the world have created particles in the lab that can move much like the motion of cilia and flagella, a bacterium’s instruments of motion, since the 2000s. These advances have now made it possible to create artificial ‘swimmers’ and even manipulate their direction, speed and navigational abilities.

In a study that appeared earlier this year in the Journal of Chemical Physics, a team of researchers from IIT Madras and the Institute of Mathematical Sciences (Matscience), Chennai, reported some interesting properties of an active particle they had simulated on a computer. Raj Kumar Manna, from the IIT’s department of physics and the lead author of the paper, told The Wire, “The aim was to study the design of an artificial transport system on the computer and provide designs for their ultimate synthesis in the laboratory.”

To the Stokes regime

The group’s active particle has two parts: (1) a larger passive spherical bead attached to (2) a string of smaller active beads. The string makes up an elastic filament that acts as the ‘engine’ for the larger attached bead. As a physical picture, this active filament in a fluid system looks simple. But modelling it theoretically and casting the physics into tractable equations is still a tough task. Luckily, active particles that operate at such small length scales allow for a crucial simplification. 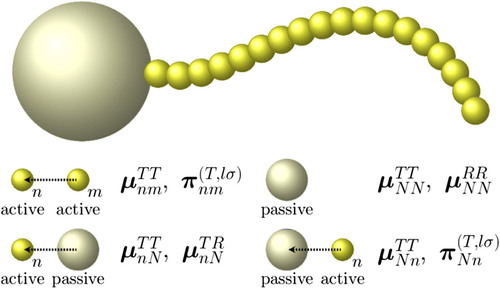 An image of the active particle that scientists from IIT Madras and Matscience modelled. Credit: The Journal of Chemical Physics 146, 024901 (2017)

The dynamics of fluids are governed by the Navier-Stokes equations. They are notoriously difficult to solve and, aside from a few specific cases, the equations don’t admit to an analytical solution. However, when we narrow down our scope to flows that are very viscous or have little inertia (as is often the case with most active particles), the equations reduce to the Stokes equation, no more Navier. In this form, they are relatively easier to deal with.

The Stokes equations have no term that varies over time. This means flows in the Stokes regime can be modelled at any given instant without knowing how the flow behaved at a different time. The equations are also linear: given two solutions that satisfy the equation, the sum of the solutions is also a valid solution. These simplifications are not valid outside of the Stokes regime.

This is important information because it describes how energy can be best used once it becomes available to the filament. And with this in mind, the researchers made some engineering measurements to inform designs of the future. The found that the active particle moved the fastest when executing snake-like wriggles but that it was the most efficient when the filament was the least deformed (so that a greater portion of the available energy is used for propulsion). Further, while shorter filaments were fastest and most efficient, longer filaments in turn offered greater control and stability over direction – necessary for good navigation.

The authors conclude that their active particle design is capable of self-propelling and can be used as a potential microscopic transport system. The efficiency, while hovering between one- and ten-millionth that of bacteria, is still reasonable. Navigational capabilities can be achieved by installing a magnetic component in the passive colloid and using finely tuned magnetic fields to manipulate motion. Directed motion and its control is important if such particles are to be used for biomedical purposes – for targeted delivery of drugs or biomarkers.

The study could also reveal insights into the swimming-dynamics of certain microorganisms. Ganesh Subramanian, a fluid dynamicist at the Jawaharlal Nehru Centre for Applied Scientific Research, Bengaluru, noted, “I think the formulation should help model the swimming of eukaryotes like spermatozoa.” He added that because their model has the whole filament being active, it also more closely resembles the propulsive filament seen in sperm cells, where molecular mechanisms power tubule-like structures to move along the strand and distribute activity.

On the other hand, the study also needs to be extended to account for certain realistic cases. For example, the surrounding medium is assumed to be a Newtonian fluid – like water, whose properties are only weakly dependent on many parameters. A microscopic transport device for biomedical applications will have to manoeuvre through blood, which is not a Newtonian fluid. Ronojoy Adhikari, one of the authors of the study, admits, “We have not studied this aspect of the problem. Our future study will focus on the transport of colloidal particles in the biological environment like blood.”

The motion of the active particle can be severely affected by boundaries, like the soft walls of an artery. The current study, based on an unbounded surrounding medium, does not account for this. Finally, if the study can be extended for the case of the collective motion of several such active particles, it is likely to show some interesting dynamics. However, the problem of such a suspension of active particles might not be amenable to a theoretical or computational study like this because of the large number of parameters in the system. Manna did assert that a study by Adhikari has showed that this difficulty can be reduced and thousands of particles can indeed be collectively studied by their method.

The challenge now is to build an active microscopic transport particle, one that is cheap, biocompatible and efficient. Competing with natural systems on efficiency can be a hopeless task but studies like this are a beacon because they show that tremendous applications lie when you simply follow in nature’s footsteps. It doesn’t even matter that you won’t ever catch up.