A Telescope that Gives India a New Place in the Sun 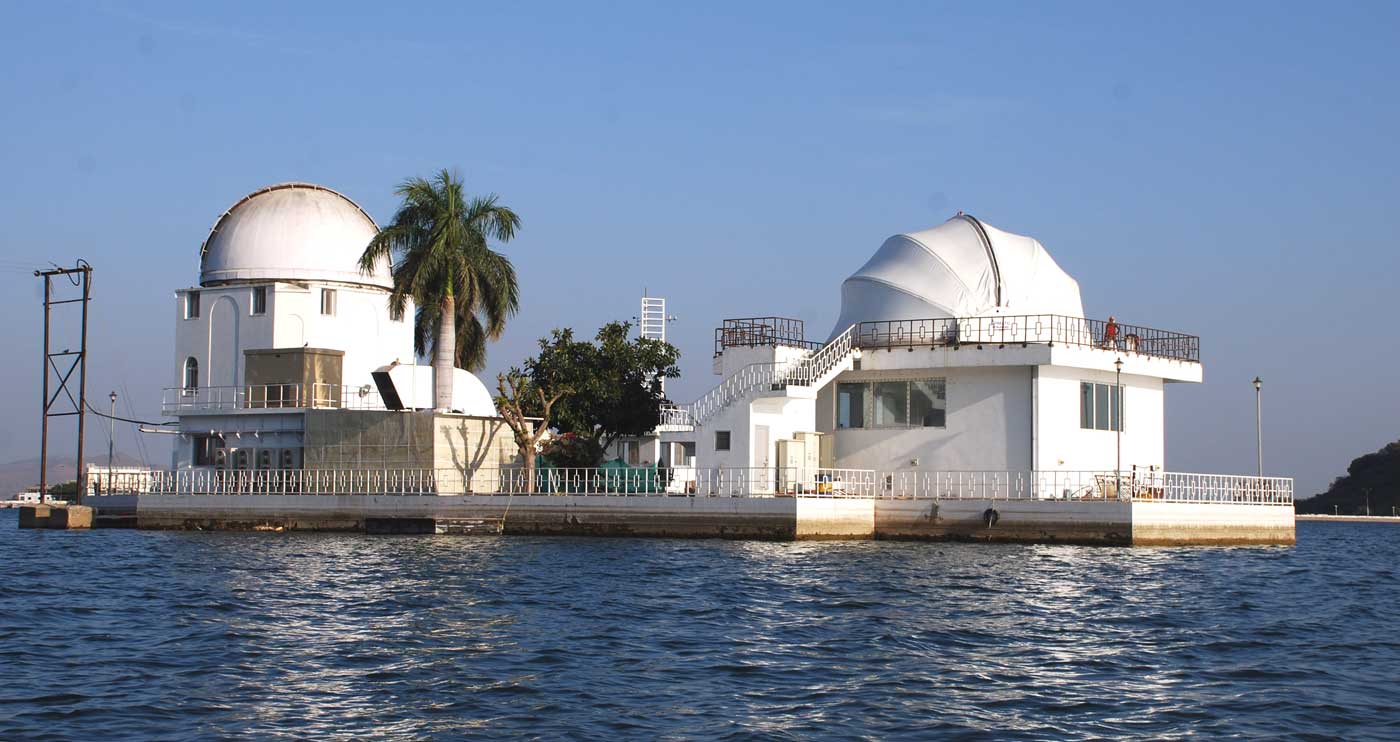 An attempt to make sense of anything in the Solar System cannot happen without first acknowledging the presence, and effects, of the Sun at its centre. And in an effort to expand this understanding, the Udaipur Solar Observatory, Rajasthan, recently added a versatile telescope to its line-up.

The USO is part of a network of six observatories on Earth, a network that continuously monitors activities on the Sun’s surface to determine why solar flares occur and what their impacts are. Flares are violent ejections of particles, heat and magnetic energy by the Sun. Even if Earth’s magnetic field constantly keeps the particles from coming too close, satellites are constantly under threat of being struck by them, disrupting electronic communications. Flares also intensify auroras around latitudes close to the poles.

On June 16, the new Multi Application Solar Telescope was flagged off. According to ISRO, it significantly expands the observatory’s capabilities and makes for a versatile tool with which to study the Sun’s complex magnetic fields. Its setup was funded by the Department of Space under the Ministry of Science and Technology. In addition to helping astronomers study solar eruptions, MAST will also complement the existing GREGOR and SOLAR B telescopes, both also studying the Sun. GREGOR is located on the Canary Islands and is operated by Germany while SOLAR B, now called Hinode, is in a sun-synchronous orbit in space and was launched by the Japanese space agency in 2006.

MAST is a Gregorian-Coude telescope with an aperture of 50 cm. The Gregorian in its genus alludes to the use of a combination of lenses and mirrors in a telescope in which the final image is not upside-down but upright. The coude – French for elbow – is a structural arrangement where the observation deck doesn’t move when the telescope does.

A proposal for MAST was first pitched by USO in 2004, the optical elements were fabricated in 2008 and the telescope was installed in 2012 following which it underwent testing. USO itself is situated in the middle of Lake Fatehsagar in Udaipur, and its location proved apt for MAST as well. When a telescope on land makes an observation, the light it receives will be distorted by the hot air it passes through. The hotter the air is, often because of the surface underneath, the more the distortion. But in the middle of a lake, the distortion is minimised because air above the lake is relatively cooler and less prone to ‘dancing’ around.

In the next five years, MAST hopes to help obtain a 3D image of the Sun’s atmosphere during times of increased activity. When particles are accelerated to high energies, solar spots form, and magnetic fields whip through in strange patterns. Even if these patterns are recognisable, many of their causes and effects are unknown while periodic shifts in their intensity and distribution are known to be associated with different phases of a star’s life of billions of years. Images taken by MAST during tests. Top row: Chromospheric (left) and photospheric (right) images of a sunspot taken in H-alpha and G-band wavelengths. The sunspot is part of an active region, taken on June 5, 2015 Bottom row: Chromospheric (left) image of a prominence seen off the solar limb in H-alpha and the corresponding photospheric (right) image in G-band wavelengths taken on June 5, 2015. Credit: ISRO

Researchers working on telescopes like MAST, GREGOR, BBSO, Hinode, the Solar Dynamics Observatory and others hope to collaborate and resolve these mysteries. The USO in particular hopes to use MAST to chart the directions of magnetic fields that move through the Sun’s photosphere – its outermost layer from which sunlight emerges – and the chromosphere – the atmospheric layer right above the photosphere.

The observations it will make will also be beneficial to the ISRO’s plans – for research as well as, and leading up to, space exploration. Effects of events that play out on the Sun’s surface have consequences that reach well beyond the orbit of Pluto, shaping the composition and atmospheres of all planets on the way. In fact, it was thanks to a solar flare in March 2012 that humankind found out the Voyager 1 probe had exited the Solar System. So plans to chart the interplanetary oceans must accommodate the Sun’s tantrums.

At the time of the GSLV Mk-III launcher’s first test flight in December 2014,  K. Radhakrishnan, who headed ISRO at the time, had said that the agency was envisaging a human spaceflight programme commencing in 2021, at the cost of Rs.12,400 crore. And to manufacture a space-borne capsule that is ‘human-ready’, it must just as well be ‘Sun-proof’. The knowledge necessary for such engineering will siphon data from MAST as well as ADITYA and the NASA STEREO telescopes.

Note: This article was updated to include that heightened solar activity intensifies auroras not just in the northern latitudes but in the southern latitudes as well.