A four-member delegation of Women Against Sexual Violence and State Repression noted the all-pervading sentiment of fear in the region and the atrocities committed by security forces. 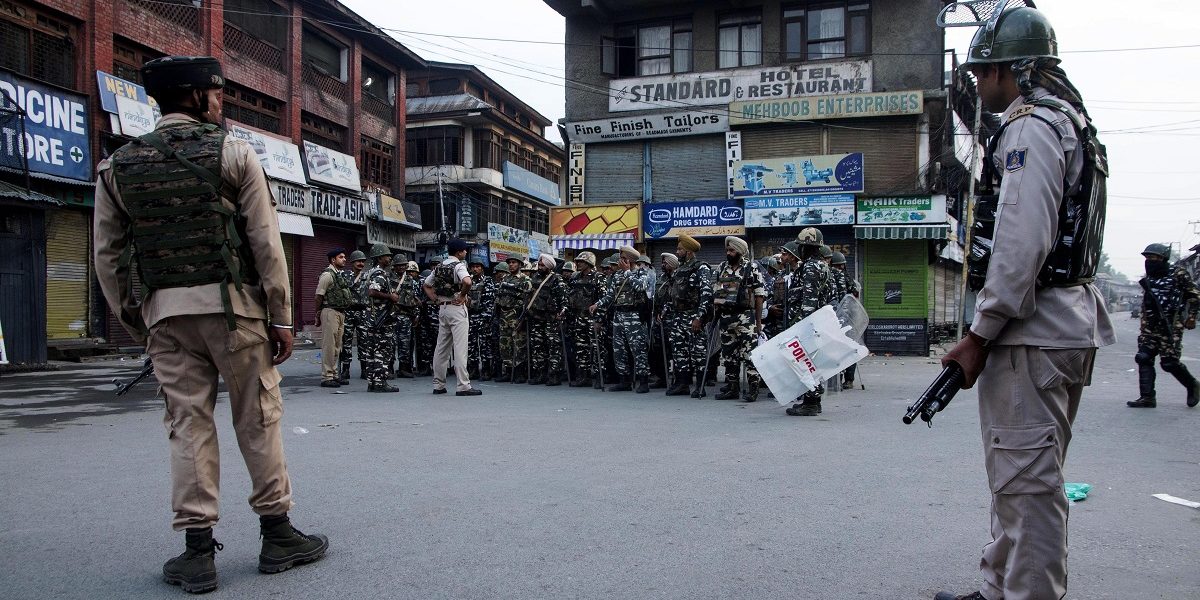 Representative Image: A CRPF officer briefing his battalion before deploying them in the Maisuma area of Lal Chowk at Srinagar, on August 5. Photo: Muzamil Bhat

New Delhi: It has been 60 days since Jammu and Kashmir has been under a lockdown with communication channels cut off, movement hindered and political leaders under house arrest.

Today, a fact-finding team of four women who visited various parts of J&K recently said at a press conference that there was palpable concern among people in the region over the Centre’s decision regarding Article 370 and the state’s bifurcation.

The team, from the collective ‘Women Against Sexual Violence and State Repression’, had visited J&K between September 23 and 28. They visited Srinagar, Shopian, Kupwara and Baramullah.

The collective said that the Indian state has been refusing to understand the feeling of oppression, of grievances that are unaddressed and the desire for freedom. The government’s decision to read down Article 370 has, they said, “Created a sense of anger, outrage and strong anti-India feelings among people across the Valley.”

They also said that their observations have been “very different from what the Indian state and media have portrayed.” For example, they said they did not find even one person who said they were happy with the Centre’s decision to scrap provisions in Article 370 and then lock down the state.

They said that situation seemed ‘silent’ but is ‘abnormal’ and the heavy presence of security personnel “every few metres ensures terror in people’s minds about who they can speak to, who can step outside their home, etc. The risk of being picked up is real.”

The activists spoke about the case of one elderly man who was told that his nephew had been detained in Agra but when some people went to meet the nephew, they were not allowed to speak in their own language.

They said the state’s economy has also taken a hit. Some people reportedly open their shops just for a few hours in the morning, so people can buy essential supplies like food.

Educational institutions have been shut and some government teachers told the fact finding team that despite this, they go to their schools or colleges every day just to mark attendance.

People told the team that security personnel have been barging into people’s houses in the night. Women and girls live in fear of molestation. The team met a 10-year-old girl who was “kicked around by security personnel while she was asleep.”

They also met the family of 17-year-old Osaib Altaf who died on 7 August, allegedly after he was chased by security forces and then he drowned trying to escape them. The activists said that the family has not even been able to file a police complaint in the last two months since the incident: “What could possibly heal his parents, grandmother, siblings and family? How many more people have been whisked away in this manner? How many more will be eliminated? Who will give the people answers?” they asked.

The team is due to release their report soon but said on Friday that the way forward in Kashmir “can only be carved out  by the state listening to the voices and aspirations of the people and responding to the demands they are making” such as their fundamental right to life, safety, equality, speech, expression, peaceful assembly and self-determination.