Why the 1974 All-India Railway Strike Is Relevant Even Today

As the political establishment continues to devise anti-labour policies, the 47th anniversary of this historic strike should remind India that battles are still to be fought. 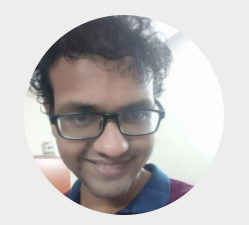 On May 8, 1974, 1.7 million employees of the Indian Railways formally began a strike that lasted for 20 days. Led by trade union leader George Fernandes, the strike was called to demand a need-based minimum wage, social security, such as food, the formalisation of jobs, an eight-hour daily work limit, a safety net against rising prices and the right of railway workers to dissent and negotiate.

When the strike was formally rolled back on May 28, 1974, The New York Times headline said, “Indian Rail Strike Ends in Collapse”.

And yet, even though the railway workers had taken on the then prime minister, Indira Gandhi, even before the Janata party government came to power after the emergency ended, 24,000 casual labourers out of the 40,000 were affected and 95% of the 16,898 regular employees dismissed had to be taken back into service.

Slightly later, in the 1977 general election, while Indira Gandhi lost her seat, George Fernandes, the leader of the strike, won from jail. And by 1979, the Charan Singh-led government at the Centre had been forced to concede a bonus to the railway employees that had been one of the demands of the 1974 strike.

George Fernandes, who led the 1974 strike, addressing the All India Railway Employees’ Rally at Beat Club, in New Delhi, on May 7, 1979. Photo: Facebook/R M U Eco.

Was the strike then a ‘glorious victory’ of the rail workers rather than the ‘collapse’, as The New York Times had called it? After all, J.P. Chaubey, the general secretary of the All-India Railway Federation (AIRF) believed that the strike had led to a change in regime.

But the strike was neither. A binary of victory and defeat cast the rail workers either as chivalrous combatants or passive victims of repression. As the English historian E.P. Thompson reminds us, this is a commemoration where “only the successful are remembered. The blind alleys, the lost causes, and the losers themselves are forgotten”.

On the 47th anniversary of the strike, let us zoom in on those participants of the agitation who were otherwise on the margins of society.

Women to the fore

On April 20, 1974, 1,000 women and children in then Madras led a procession to the divisional headquarters of the Indian Railways. They rallied with slogans and forced a memorandum containing their grievances on the chief station officer. At Trichy, 1,800 women and children who formed 20% of the residents of the Trichy railway colony took out a similar morcha (procession). At Madurai, 1,000 women rallied to gherao (encircle) the divisional superintendent to force him to accept their memorandum of grievances. At Guntakal, 400 women, including women in purdah (veils), rallied to spread solidarity and education among the general public.

Also read: On May Day, a Look Back at the Indian Worker’s Friends and Foes

All this happened on the same day that the railway union leadership was negotiating with the authorities at Rail Bhavan in New Delhi. The leaders of the union could hold their position against an obdurate authority because hundreds of miles of streets reverberated with the assertion of rights considered legitimate by the rail workers and their family members. It would be a travesty of commemoration to forget the role that women played in the making of the strike.

The scheduled caste community of Mysore had its own role to play in the run-up to the railway strike. Since 1971, there had been a vacancy for the post of assistant superintendent in the railways’ machine shop in Mysore. The post was reserved for Scheduled Caste candidates from the locality. But the authorities had frustrated the SC applicants by filling the post with non-local and non-SC candidates under ad hoc appointments for far too long.

When M.V. Vardharajan, an ad hoc appointee, departed in September 1973, the vacancy was transferred to the Efficiency Cell in then Madras and remained unfilled till March 1974 despite available local SC candidates at the Mysore workshop.

On March 30, 1974, Radhakrishnan, a non-SC, non-local candidate, was appointed to the post ad hoc. This sparked a spontaneous protest from the Scheduled Caste community. Almost the entire Mysore workshop staff from all social categories joined the protest, generating tremendous momentum to the mobilisation for the strike that would be called in May.

Babu Ram from the All India SC/ST Railway Employees Association announced that the ‘economic battle’ that the SC community would face during the strike would benefit their standard of life through the education of their children. He appealed to his community to participate with their two million fellow railway workers.

The assertive Scheduled Caste workers who struggled for their right to education, work, protest, and equality left indelible marks of their contribution to the making of the historic May 1974 strike. How can we forget them?

Up north, in Phulera, Rajasthan, a railway officer named L.A. Bhatnagar noticed on April 20, 1974 that the railway workers were wearing badges that read ‘Mein Hartal Karunga’ (‘I will go on strike’). Bhatnagar did what officers like him were supposed to do. He used humiliation, insults and abuse to discipline the workers.

However, the workers did not do what the officer expected them to do. Rather, they sparked a huge protest. Four hundred people shouted slogans against the railway officers’ anti-labour attitude. As their cries reached a crescendo, they merged indistinguishably with slogans for the general strike.

The neighbourhood joined in and the unions roped in more people. This led to the total stoppage of work at Phulera, including carriage and wagon work. A more senior railway officer was forced to write a complaint against Bhatnagar. Bhatnagar later filed an FIR, but we do not know about the long ordeal that followed.

Also read: In Illustrations: May Day and Its History

What we know, however, is that ordinary rail workers created the strike in their opposition to the anti-labour attitude of officers. Hierarchies were challenged and class consciousness was remade. Regardless of how long or short the impact of the strike could have been, the making of the strike certainly does not fit the neat binary of defeat and victory.

The power of the collective

On March 16, 1974, in Jhansi, Uttar Pradesh, 16 on-duty employees, probably casual labourers or Class IV regular employees, were arrested by the Railway Protection Force (RPF) for crossing lines at Jhansi Railway Station. They were loaded on vehicles and taken away. When labour leaders approached, the RPF threatened to open fire. The workers of the Carriage and Wagon as well as Signal and Telecommunication departments stopped work. They demanded the immediate release of their fellow employees. The strike spread to other departments in Jhansi and when two mail trains were delayed, it spread even further into wider networks.

Slogans against the RPF echoed the canteens during meal hours. The officer in charge of Jhansi station was gheraoed; a member of parliament had to arrive with the civil authorities to appeal for calm. This was seen as an unprecedented success. Casual labourers and Class IV employees successfully challenged the RPF and rail officers. They also forced the arrival of an MP and the civil authorities. It was through this collective power of the ordinary that the railway workers set out to challenge the unchallengeable. Labour, through its collective strength, forged a strike whose evaluation cannot be whitewashed by The New York Times‘ op-ed narrative of a ‘crushing defeat’.

The struggle must continue

My intention is not to write a triumphalist narrative of the strike. Thousands of rail workers never got back their jobs, many others were tortured in jails for years. There must be many like Ram Singh whose family was thrown out of the railway colony in Jhansi after his arrest. When Singh came out, he had neither money nor his family’s whereabouts. We only know his incomplete ordeal of the desperate search for his wife, children, and parents. We barely know the truth or falsity of many letters that claimed that women were raped by people from state agencies. The commemoration of the strike cannot be a jubilant one.

But as we look into these struggles by rail workers, we should not miss the sight of the sickening continuity of the same precarity and atrocity. For those who are desperate for a sense of relativity, my guess is that it has worsened. The monopoly of corporates over market and democracy, the further bureaucratisation of labour unions and the rise of sectarian authoritarianism have run roughshod over a system that was already rotten.

Let us hold our noses against this stink and gather strength on this day to clear the rot that many before us have tried to do.

Jyotishman Mudiar is currently researching the 1974 railway strike at the Centre for Historical Studies, JNU.