Who Will Speak up for Maaysha, Sudha Bharadwaj's Daughter?

Opposition leaders will not take up her mother's cause because they fear it could alienate voters. 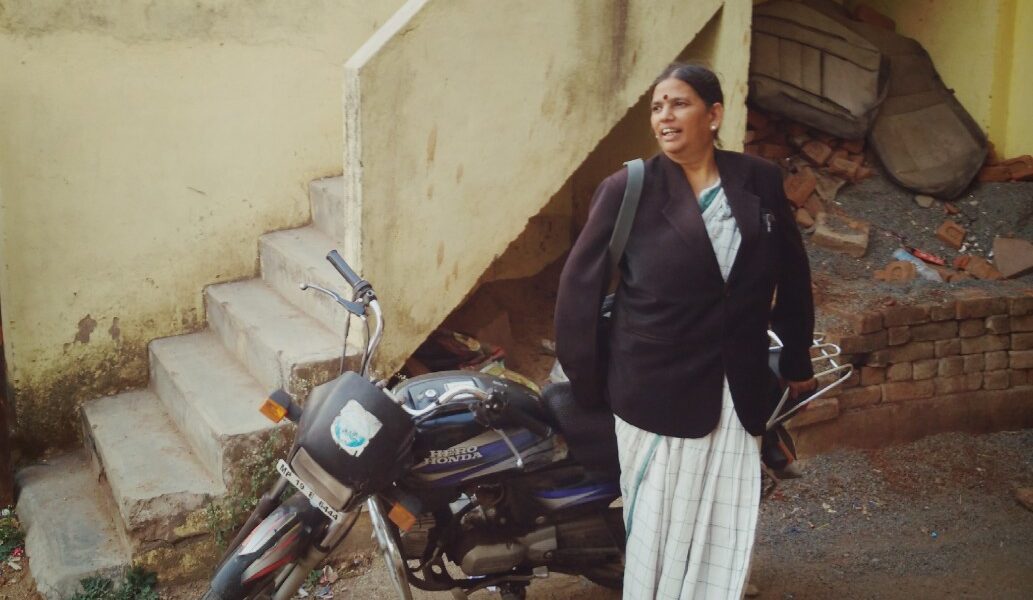 Nobody is going to speak up for Maaysha as her link to the Indian political class is, at best, tenuous. Maaysha who? She is the 21-year-old daughter of Sudha Bharadwaj, who was among the five human rights activists and lawyers arrested on August 28 in connection with the violence at Bhima Koregaon on January 1, 2018. After weeks of house arrest, they were, barring one, packed off to jail.

For the next two weeks, Maaysha cried and cried for her mother, into the pillow and before the mirror in the bathroom. It was as if she was asking, “Mirror, mirror on the wall, who is the saddest of them all?” For the present, though, Maaysha hopes she will get to celebrate her birthday on February 21 with her mother.

Also Read: ‘If You Try to Be Safe and in the Middle, You Will Never Succeed’

Maaysha’s best bet is to bank upon providence.

That is because her mother does not belong to the class of banking honchos who have been named in the CBI’s FIR in the ICICI bank case. As is well known, the case pertains to former MD and CEO Chanda Kochhar, her husband Deepak and Videocon Group’s Venugopal Dhoot colluding to allegedly cheat the ICICI bank of Rs 1,730 crore. Apart from them, the FIR also named some of the bigwigs of the banking sector.

It prompted Union minister Arun Jaitley to write a blog, dubbing it as an instance of “investigative adventurism”. He went on to explain:

Investigative adventurism involves casting the net too wide including people with no mens rea or even having an intention to commit an offence, relying on presumptions and surmises with no legally admissible evidence.

A day after Jaitley’s blog appeared, it was presumably deemed to be in the national interest to banish Sudhanshu Dhar Mishra, the officer who signed the FIR in the ICICI case, from the CBI.

It is presumably also in the national interest to retain the officers in Pune who are investigating whether Maaysha’s mother and her friends had suggested to Maoists to foment armed rebellion against the government. Yet another example of investigative adventurism?

Justice D.Y. Chandrachud noted in his dissenting opinion in the Supreme Court judgement on the petition requesting a special investigation team to carry out a probe against the accused in the Bhima Koregaon violence: “I find that the allegation…is taking liberties with the truth.”

A team of 10 people came today morning, they didn’t have a search warrant but were carrying another document. They checked our mobile phones & laptops and took all passwords: Maaysha, daughter of Sudha Bharadwaj (arrested in connection with #BhimaKoregaon violence) pic.twitter.com/FmkP6MuatV

But then, liberties with truth can be taken because Maaysha’s mother is not a swish banker. At this, Maaysha will take umbrage. Her mother had both class and academic credentials. She is the daughter of the late economist Krishna Bharadwaj, studied mathematics from the Indian Institute of Technology, Kanpur and then went to Cambridge University. A cushy job in the banking sector could have been for the taking.

But Maaysha’s mother committed what is considered a cardinal error in today’s India – she chose to battle for the rights of workers in Chhattisgarh. She acquired a law degree to fight court cases in which the poor had been implicated. Maaysha and her mother roughed it out in labour camps. And Maaysha, for a few years, went to a government school, which is where bankers never send their children.

Poor Maaysha, she does not know the nature of the Indian political class, whose members believe altruism is just a rhetorical flourish to camouflage the human instinct to accumulate wealth and power. That is why they are contemptuous of those who opt for downward mobility, as Maaysha’s mother certainly did. Her work potentially threatened to alter the status quo, the preservation of which is the unstated agenda of any government.

That is why, Maaysha, no minister will speak for your mother.

Maaysha will perhaps hope the opposition will come to the rescue of her mother. Maybe she will search the internet to read how Rahul and Priyanka Gandhi coped with the assassination of their grandmother and father. It is very likely she will stumble upon Rahul telling a TV interviewer in 2014:

He also said, “The system everyday… everyday hurts people and I have felt the pain the system can cause.”

Maaysha is hurting as Rahul did in his childhood.

Maaysha, too, will want to emulate Priyanka, who, in 2008, went over to the Vellore prison to meet Nalini, a member of the Liberation Tigers of Tamil Eelam death squad responsible for the assassination of her father. To Nalini, Priyanka was quoted saying, “My father was a good person. He was very soft. Why did you do this?”

That is what Maaysha too thinks of her mother – she is sensitive and caring. She too will want to ask the police: Why did you then send her to prison?

Maaysha’s hope must have been kindled because opposition leaders are no longer silent as they were when one Aam Aadmi Party MLA after another in Delhi was picked up on charges that have largely come unstuck in court. They have started to speak out against the government because they fear it wants to implicate them in false cases and throw them behind bars.

Really, Maaysha shouldn’t get her hopes up. Neither the Gandhis nor other opposition leaders will likely take up her mother’s cause. That is because she and her friends have been dubbed as ‘Urban Naxals’, a term the BJP has invented to depict that the liberal-left is conspiring to trigger a communist revolution. Opposition leaders fear that their support for Maaysha’s mother could alienate voters.

They lack the conviction to educate voters. In India’s new political culture, if a party is accused of being pro-minority, its leaders go into a tizzy, visiting temples. If a Muslim is killed in the name of the cow, there are promises made to initiate commercial production of cow urine. In his classic novel Raag Darbari, Shrilal Shukla wrote, “The Opposition keeps on talking nonsense, and the leadership quietly plays its own game.”