Watch | 'Are Some Indians More Indian than Others?': Shashi Tharoor on BJP's Nationalism

Echoing the pigs in George Orwell's 'Animal Farm', the Thiruvananthapuram answers a question put to him by Karan Thapar. 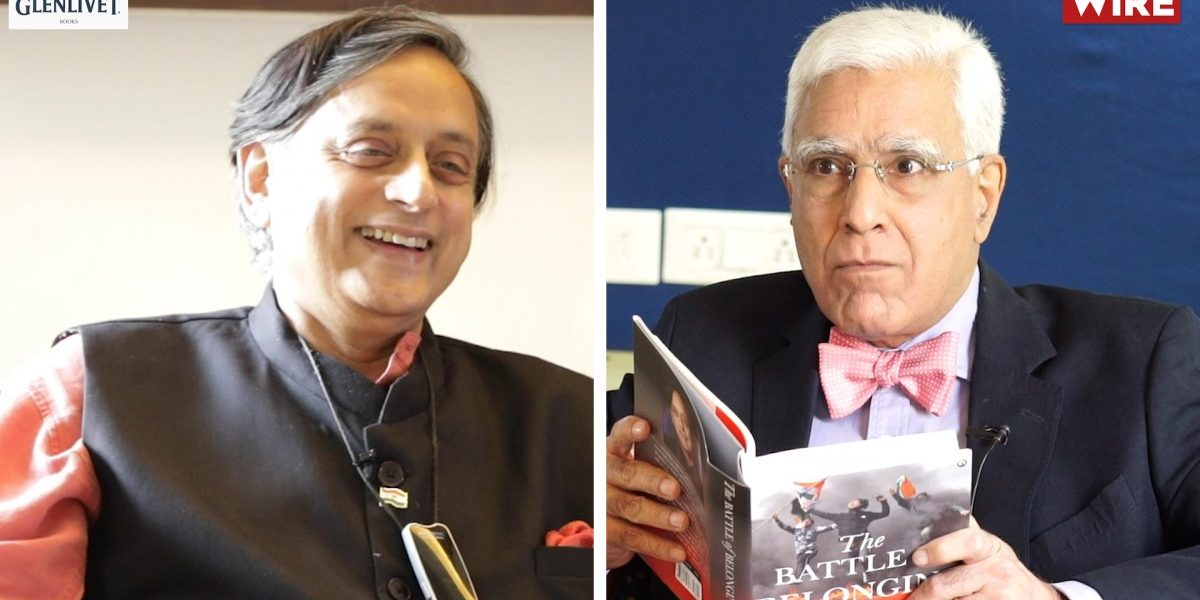 As its back cover reveals, Shashi Tharoor’s new book The Battle Of Belonging: On Nationalism, Patriotism, And What It Means To Be Indian is written as an answer to the question ‘Are some Indians more Indian than others’?

Shashi Tharoor says the book is his intellectual riposte to the BJP’s claim that their idea of India is the right or best one for the country.

In a 35-minute interview to Karan Thapar for The Wire, Tharoor says the book is his response to people who support the BJP and its Hindutva ideology and consider themselves more Indian than their opponents. He says the present day BJP considers hindus to be true Indians and people of all other faiths as lesser in terms of their Indian-ness.

One of the threads that runs through the book like a leitmotif is a debate about the strengths and weaknesses of patriotism and nationalism. Shashi Tharoor makes clear that patriotism is his preferred emotion and sentiment. However, the book does not mention the famous criticism of patriotism, made by Samuel Johnson over 245 years ago and centuries before nationalism was thought of, ‘Patriotism is the last refuge of a scoundrel’.

Shashi Tharoor says that it’s unpatriotic to give up your Indian passport and acquire an American or British one because it’s more convenient. He also says chanting the slogan ‘Bharat Mata Ki Jai’ is not proof of patriotism nor is the refusal to say it unpatriotic. Depending upon the context in which this slogan is raised it can be either patriotic or nationalist, he says.

Also read: It Is Illegal and Immoral to Hound Those Who Don’t Openly Display Their Patriotism

The interview discusses Shashi Tharoor’s concept of “true patriotism” and a recent statement made by Prime Minister Narendra Modi, when he inaugurated Swami Vivekananda’s statue at Jawaharlal Nehru University, that national interest is more important than ideology and we must not give greater importance to ideology over national interest.

Tharoor says that it is ideology which determines national interest whereas the prime minister seems to be saying national Interest should determine what ideology you espouse.

Finally, in the interview to The Wire, Tharoor criticises the BJP for contesting the idea of India that emerged during the independence struggle and got crystalised over the next 70 years. He says the BJP under Narendra Modi is imposing an idea of India that is centred around the 80% Hindu population and perceives the country as a Hindu Rashtra.

He says this is very different to the BJP under Atal Bihari Vajpayee and L. K. Advani, which was closer in its thinking to the Christian Democrats in Germany.