Social media has been abuzz with the alleged news that security at the stadium were not letting people in black clothes enter, fearing protests. 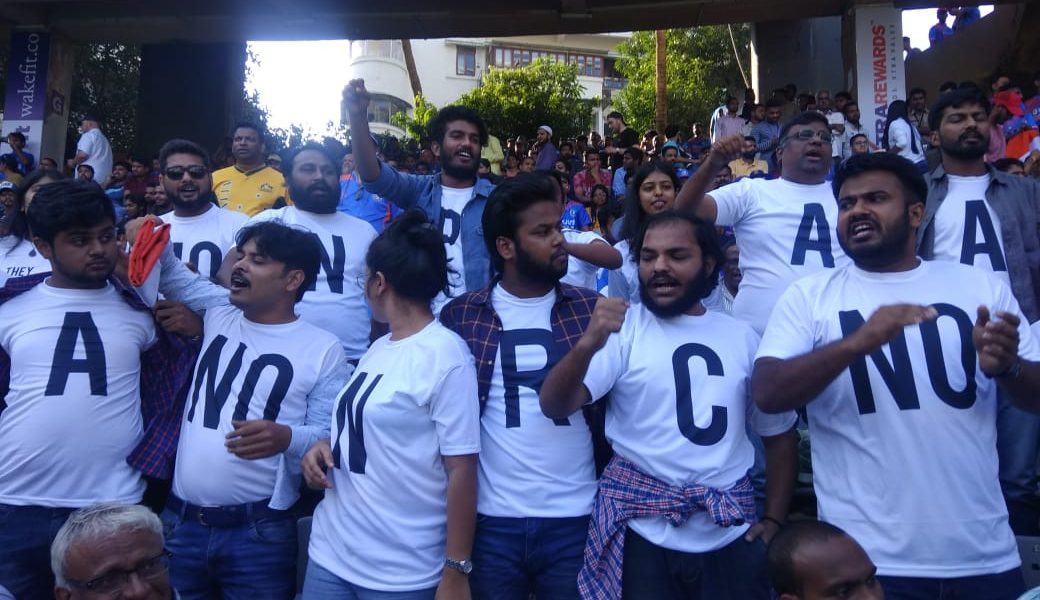 Mumbai: Students held protests against the Citizenship Amendment Act and the proposed National Register of Citizens during the first ODI between India and Australia here on Tuesday.

Wearing white t-shirts, the students held banners that read ‘No CAA’, ‘No NPR’ and ‘No NPC’. Most left before the end of Indian innings at the Wankhede Stadium.

“They were 26 persons in total and they were sitting in the Vijay Merchant Pavilion side. They themselves vacated the stadium as Indian wickets began falling in a heap,” Fawad Ahmad, who belongs to the ‘Mumbai Against CAA’ group, said.

Earlier, social media was abuzz with the purported ban on black clothing at Wankhede. Security guards, said some, were allegedly not allowing people wearing black inside the stadium, fearing protests.

But a senior Mumbai Cricket Association (MCA) Apex Council official claimed that no such diktat had been issued.

“There was no diktat about any colour, but no posters of any sort were permitted inside the stadium as it was the instruction from the local police,” the MCA member said.

In the first game, India opener Shikhar Dhawan hit a half-century before Australia pulled things back to bowl India out for 255.