After the August 5 shutdown, incomes have fallen drastically and a sense of disenchantment is creeping in among the community. 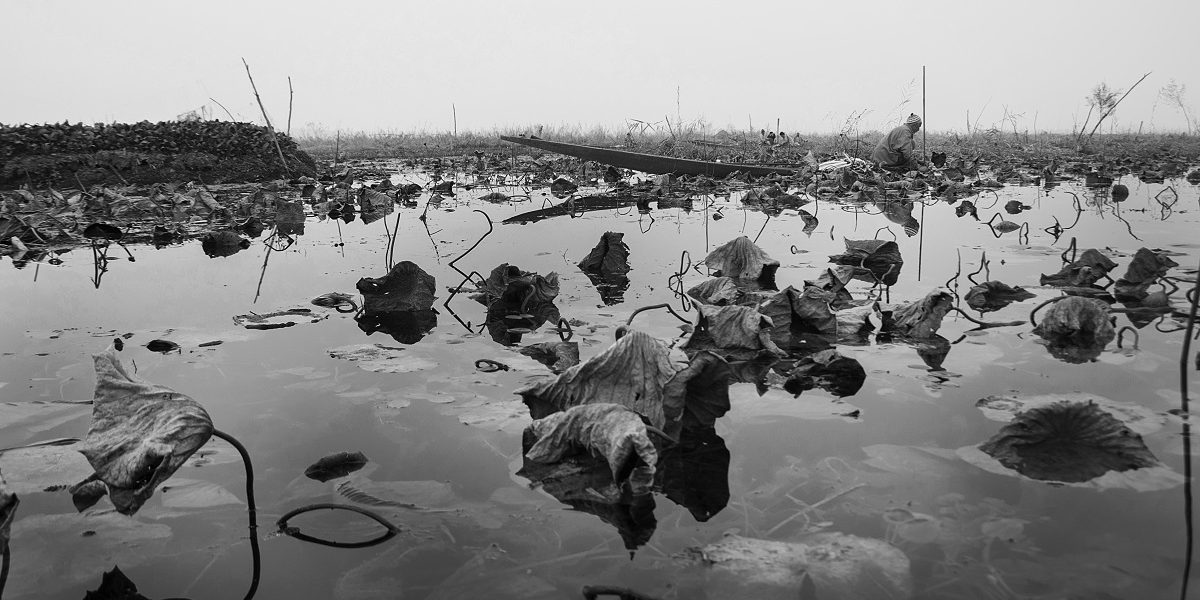 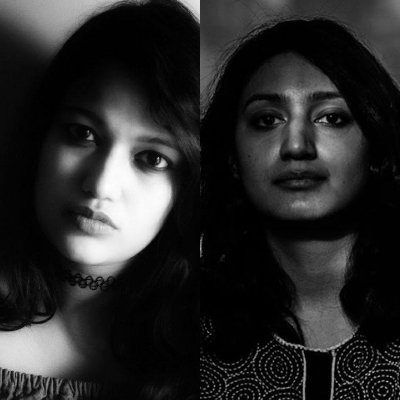 Even as the Dal Lake in Srinagar shrinks and chokes with pollution, it continues to sustain a livelihood for the haq haenz of Kashmir. Literally translating to ‘vegetable boatmen’ owing to the aquatic landscape that forms the backdrop of their agricultural practice, this community, living and farming on the interior fringes of the Dal, provides the Valley with some of its best haq and nadru. Amidst allegations of encroachment, the farmers invoke milkiyat, insisting that these marshes have been used by their families long before the very departments making these accusations were formed, and that cultivating them has been their traditional occupation down centuries.

Swamps are consolidated to form roughly quadrangular parcels of earth and separated by channels of water where shikaras patrol, creating the impression of lush islands, where several varieties of green leafy vegetables, turnips, cauliflowers, cucumbers, and tomatoes grow in abundance. The produce is first transported to wholesale markets around the Valley, to then be forwarded to individual shops at the neighbourhood level.

It is not a lucrative value chain to begin with, but the abject poverty that its stakeholders have now been subjected to, with the tight shuttering down of markets after August 5, 2019 is unprecedented. For the producers, suppliers, and sellers of Kashmir’s fruit and vegetable industry, the dilution of Article 370 and the slew of curfews and hartals that have broken out in the Valley in its wake, have brought about a reality far more sinister than can be fathomed. From a net-zero income over the month of August, this community has struggled over four months of lockdown to having only recently reached a fifth of what their income used to be till July.

While most of their spring and summer crops have rotted away to closed markets, fall and winter yields are being sold now at half of their actual prices in what appears to be an endless distress sale. Even with the markets slowly renewing operations, demand is yet to catch up with supply, and field after field of the current produces remain unharvested. 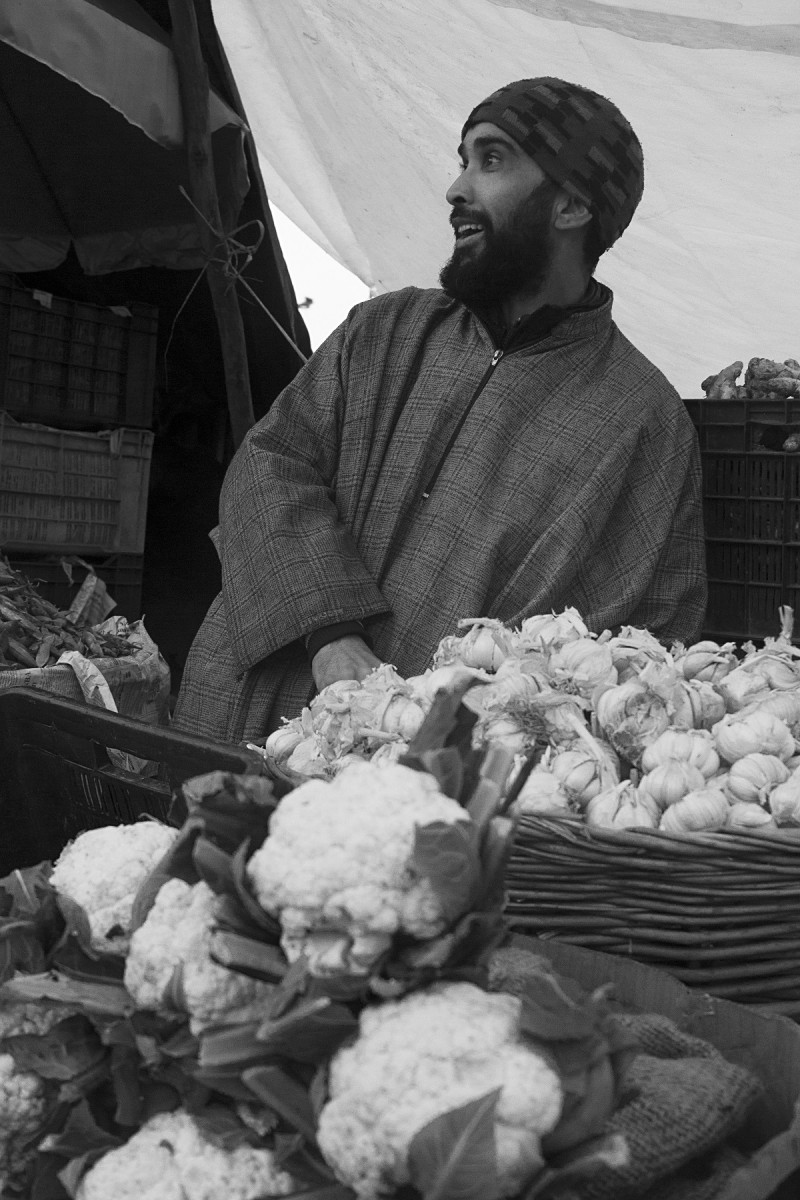 On August 5 itself, Riyaz Ahmed of Parimpora sabzi mandi incurred a loss of Rs 20,000 as he was forced to let perish his entire stock of vegetables. Business has gone downhill since, and from making an average of Rs 50,000 per month to Rs 10,000. With this meagre sales, he must keep his shop running, braving the winter sleet with only a kangri for warmth and the cover of a tarpaulin sheet to keep out the rain. Closing operations because of bad weather is a luxury that sellers like him can no longer afford. And yet, as Riyaz points out himself, losses suffered by the producers working at the grass-root level have been far more devastating than his own. For every 15 carriers that used to source vegetables from farmers of the Dal Lake’s agricultural fringes for the Mandi, barely 5 make the trip now. 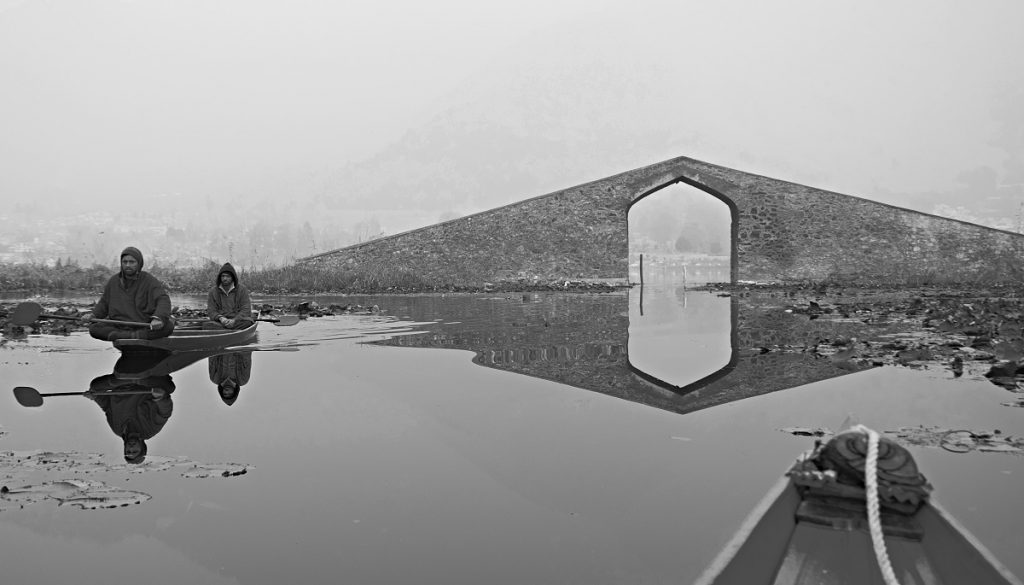 Thick mist rolls down the slopes of the Zabarwan mountains,

On the early winter morning when we set off to meet the producers, a thick mist rolls down the slopes of the Zabarwan mountains, engulfing the hilltop structures of the Shankaracharya Hill and the Koh-e-Maran. It camouflages the white dome of Dargah Hazratbal that can usually be relied upon to stand sentinel on the bank of Dal. Our shikara makes slow progress from the Nishat Ghat, gliding noiselessly across the lake – through the historic arch of Oont Kadal, past the few fishermen and fodder collectors who have ventured out defying the biting chill, and on to Moti Mohalla where the majority of Dal’s haq haenz live and work. 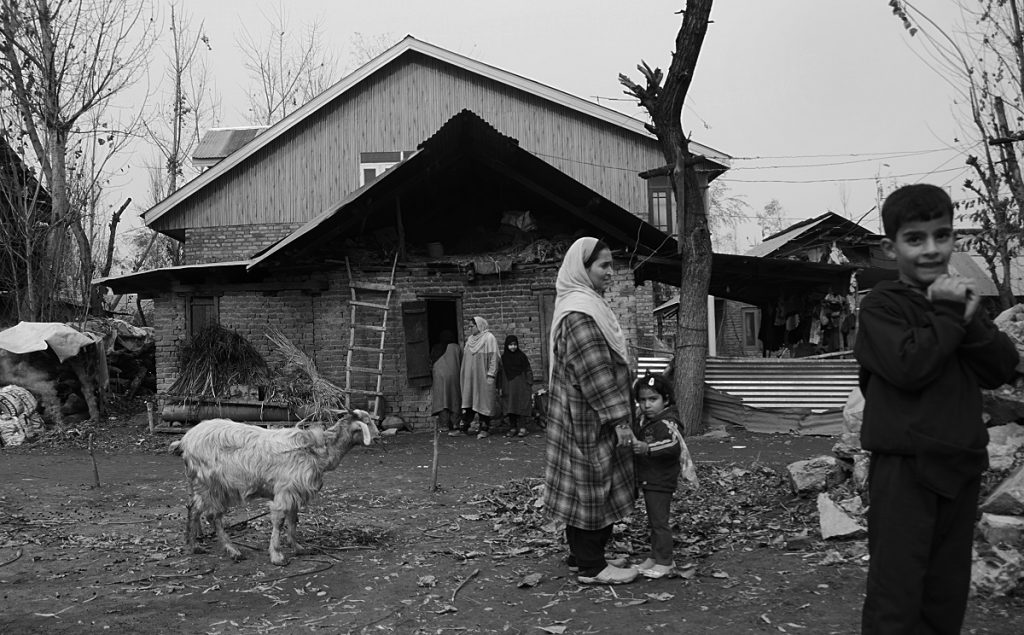 The settlement of Moti Mohalla.

From where our shikara moors under the willows, a raised dirt path leads into the settlement of Moti Mohalla. The area was badly affected by the 2014 floods and is visibly still struggling to recuperate. Clusters of seven-eight sheds and houses, some still being built, are organised around large open spaces that act as common work areas for residents. Odd pots, pans, and sacks line this central space where children play, livestock stand tethered upon layers of gently molding hay. Chicken and ducks peck listlessly away at the dirt, and tinsel from some festivity long past flutter and rustle overhead. It is a Kashmir very different from the picturesque image that tourists in the Valley are used to seeing and are discouraged from imagining. In one of these open spaces, defying the general appearance of squalor sits a lively circle of women, sorting and cleaning through heaps of leafy greens. From preparing the earth to planting, from nurturing the crop to its harvesting, from sorting produce to its final packaging, it is the women that are in charge here. Men chip in only with the final steps of transporting and marketing the produce.

The women chat with us as their hands continue to work with practiced ease – sorting through the produce and making neat bundles of 7 -10 fresh leaves, each bundle tied together by their own stalk – to confirm what Riyaz has already told us at the mandi. From an average earning of Rs 6,000-7,000 per household per month, the income has come crashing down to Rs 1,000-1,500 now. Nearby, 5 shikaras hover on the waters of an expansive nadr zameen – waters where the lotus plant is cultivated – gathering nadru, raw material for the celebrated Kashmiri delicacy that is the lotus tuber. Using a long stick attached with a sharp hook on one end, in one swift move they fish out pieces of nadru. In a day, between 100 and 250 pieces are gathered from the submerged lotus plantation, depending upon the quality of cultivation.

The extraction technique takes decades to perfect, and labourers gathering nadru usually earn around Rs 900 per day as skilled workers from actual owners of the plantations. But once again, with markets closed and demands reduced, they are now forced to work for a third of their wages, at only Rs 300 a day. Youth give a tour of their family fields.

For the past five months, the youth of Moti Mahal have been idle. With their educational institutions functioned and their help not required in cultivation, they promptly agree to give us a tour of their family fields. While their lucid narration is proof of the immense first-hand knowledge of cultivation that they possess, their disenchantment is evident. They trample over the yellowing leaves of unharvested haq and turnips ripe for plucking. Both production and produce have ceased to hold any value to them, and they vow to abandon the profession as soon as they can. Ali Mohammad, grand patriarch of one of the homes.

Ali Mohammad, grand patriarch of one of the older houses in Moti Mohalla is smoking his hookah in the sun, as his family of four sons and numerous grandchildren gather around him. Like others, their family has also been relying heavily on savings to cover household expenses since August 5. He hopes their savings will not run dry before December ends. Our conversation turns to the challenges that come with the new year, and surviving the chilla kalan (the forty coldest days of the Kashmiri calendar, when the Dal freezes over and life comes to a standstill in the Valley with sub-zero temperatures).

All photos by Parshati Dutta and Nawal Ali Watali.

Parshati Dutta is a cultural heritage researcher and photographer based in New Delhi. Nawal Ali Watali is a freelance photo-journalist from Jammu and Kashmir.