While the police claim a Muslim group shot Omraj Saini on communal grounds during the anti-CAA protests, and has filed an FIR to that effect, he says he does not know who shot him and has filed no complaint. 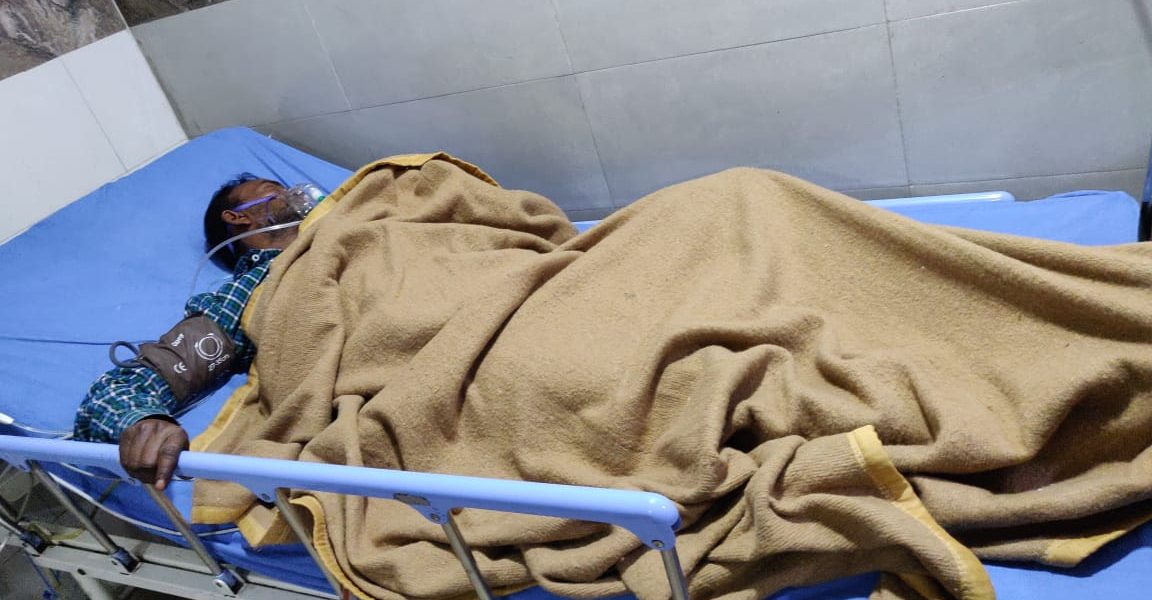 Meerut: On December 20, the town of Nehtaur in Bijnor district was thrown into chaos when the Uttar Pradesh police tried to forcefully disperse a protest taking place after the afternoon namaz. On the main roads, as people were exiting the mosque, police allege the protest turned violent. Locals dispute this claim.

The police had begun to lathi-charge the crowd, many of whom say they were simply on the streets at the wrong time. Guns were fired – the police, after first saying that no police bullets were shot, now claim that they were first fired on by the protestors, which caused them to shoot back in self defence.

Two Muslim men died in the crossfire. One was Suleiman, who according to a statement by SP Sanjeev Tyagi, had shot at a policeman who returned fire, killing him, and the other was Anas, who the police allege was killed by a country-made gun.

A third man was also shot around this time – a Hindu by the name of Omraj Saini.

Saini is lying under a blue blanket in a hospital bed at a private hospital in Meerut, where his family brought him after he was shot. He is wearing an oxygen mask, which he removes to speak with us, has severe abdominal injuries, and is covered in tubes. The bullet went into the front of his abdomen and exited from behind – clean through him. He barely escaped death.

He was in the same ambulance as Suleiman and Anas, his brother Subhash says, they were all brought in together when the government hospital told them that they lacked the facilities to treat him. They were asked to take him to another hospital. Saini was taken to a private hospital because his family had the means to do so, but the families of Suleiman and Anas did not. 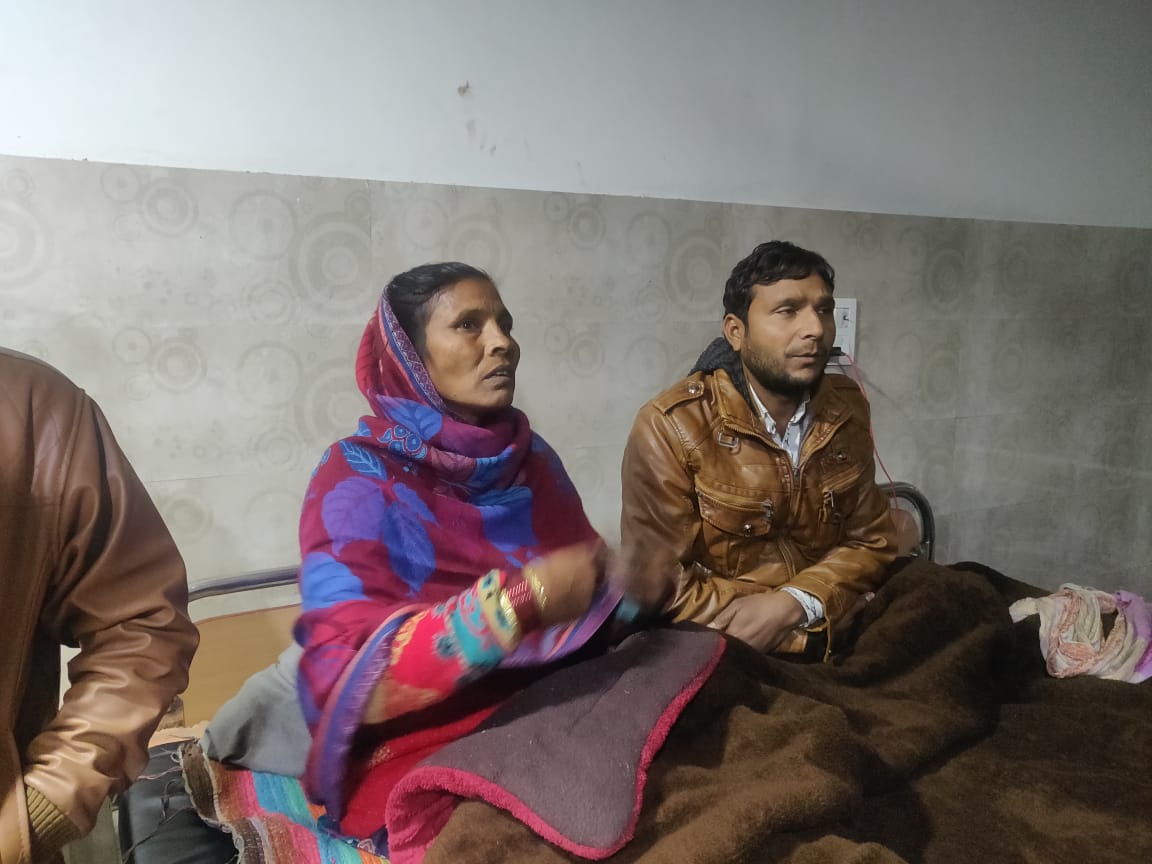 Saini’s son-in-law, Ramesh, says that the only guns being fired at the time were by the police. He was not present at that time, and did not see what was happening, and is conveying information given to him by the mohallewale (locals) who had witnessed what was taking place.

The superintendent of police, Tyagi, in a statement to The Wire, said that an FIR had been filed by Omraj Saini. Tyagi said that Omraj told him that he was on his way home from the jungle, and a Muslim group shot him on a communal basis  (“…kuch Muslim group ne usko sampradaayikta ke aadhaar par goli maar di”).

Tyagi told us he had not yet visited Omraj at the Meerut hospital nor seen his injury report, but his complaint had come in and had been filed. Asked for a copy, Tyagi said that it would be illegal to show it, and gave an FIR number instead – 453/19, filed at Nehtaur police station.

H0wever, Omraj Saini, in his statement to The Wire, disputes both the narrative and the complaint. He said that he was on his way back from the jungle, and was on the road near the Agency Chauraya when he saw a crowd, and then he was hit by a bullet. He woke up again at the hospital.

SP Tyagi has gone so far as to say that Omraj had seen the faces of those who shot, and had said that if he saw the faces again he would be able to recognise them for the police.

When we spoke to Omraj and asked if he knew who shot him, or if he had seen their faces, he said he had not. He also did not know that there was a protest happening that day, or why people were in the streets.

When asked if he had made a complaint or filed an FIR, he said no, but asked us to speak to his family, who might have done. 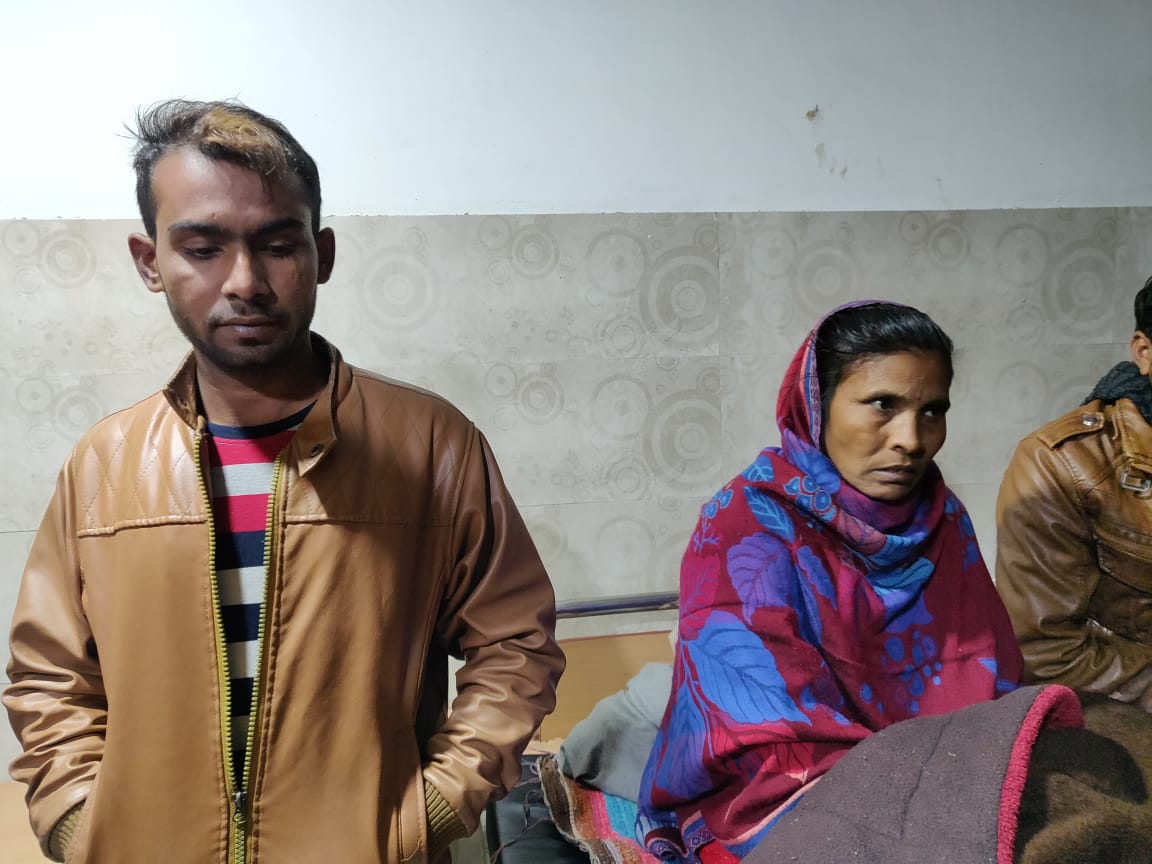 His brother Subhash also says that no FIR has been filed – he had accompanied Omraj to the hospital, and had been with him the entire time. Subhash is the primary point of contact for the police, the press and politicians. He says that the police come, “bayan leke jaate hai (take down statements)” and do nothing else.

Subhash also says that he cannot say whether the bullet was fired by the police, a Hindu or a Muslim. He was there when it happened, and said that while the police were about 100 metres away, he could not say where the bullets came from. He also unequivocally said that he did not see any guns in the crowd of locals.

Subhash also strongly disputes Tyagi’s allegation that there were communal sensitivities in the region, saying, “Hindus and Muslims have never fought here. We do everything together, our house is surrounded by Muslim families, and we wake up together and sleep together. All our Muslim neighbours have come to visit Omraj in hospital as well.”

Priyanka Gandhi made a visit to Omraj’s wife, Sudha. She was left unimpressed when Priyanka offered emotional support but no money for Omraj’s extensive hospital bills, which are currently being paid out of pocket.

Sudha says, “We were going to get our daughter (the couple has three daughters and a son) married in March or April. Now we cannot afford the wedding, and her marriage will not take place, it will be cancelled. Everyone is coming and telling us that they will help us, but the hospital does not even give us medication for him if we cannot pay, and nobody is helping us.”