Satyamev Jayate’s killers not only boasted of the murder to the victim’s mother, but also sent a photograph of his corpse to his cousin in Kolkata, warning him that anyone who dared to raise their voice would meet a similar fate. 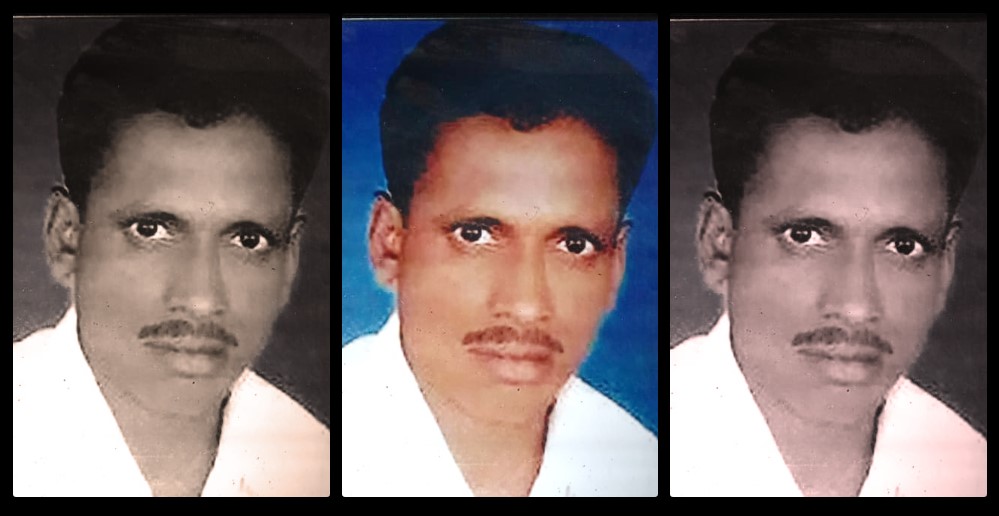 Gorakhpur: When 62-year-old Ram Prasad heard that his brother Satyamev Jayate, village head of Bansgaon in Tarwa police station area of Uttar Pradesh’s Azamgarh had been killed, he immediately left for Azamgarh. Owing to public outrage over Jayate’s murder, the local administration had wanted to cremate the body immediately, but at Ram Prasad’s behest, they waited till he had reached the village.

“My brother always stood by what was right and never bowed to injustice. Our father had named him ‘Satyamev Jayate’ perhaps after having seen this quality of his nature. All his life, he upheld the truth. No one could force him to do anything wrong,” Prasad said.

“I phoned him on the night of August 13, like I did every night. He seemed somewhat distressed, so I asked if he was unwell. But he said everything was fine. Within the next 24 hours, I heard that he had been killed. Satyamev Jayate had refused to issue a character certificate and residence proof to a local criminal. He was murdered as a mark of the dominance over Dalits and to send each Dalit a message of fear,” he said.

Prasad had once served as a havildar in the army but has since retired and now lives in Varanasi with his family.

Murder on the eve of Independence Day

On the eve of India’s 74th Independence Day, village head Satyamev Jayate, also known as Pappu, was fatally shot near Shri Krishna College. The assailants fired six bullets into his head and chest. After brutally killing him, they went to his mother who was working in a nearby field and told her: “Go and see, we have killed your son. Go and cry over his corpse.”

The murder took place around 5.15 pm on August 14. A little while earlier, one of the accused had come to ask Satyamev Jayate to accompany him somewhere. Since the man had visited him earlier, Jayate agreed. When they got to a tubewell in the village, Suryansh Dubey and his associates kidnapped Jayate and brought him to the college. After shooting him, the murderers left. Six days after the incident, only one accused has been arrested.

Outrage erupted in the village as soon as locals heard of the murder. The police alleged that the villagers resorted to stone-pelting and arson at the police picket a kilometre and a half away from the village. There was also a stampede, in which Suraj, a 12-year-old villager, died when he was run over by a vehicle. The villagers allege it was a police vehicle, with the letters ‘CO’ painted on it, that had crushed the boy. The police, however, have denied this.

Suraj’s father, Jayshree Ram, is a labourer. He had been stuck in the village without work since the lockdown began. On August 14, he and his brother had set off for Haryana to look for work. They had barely left the village when the news of his son’s death reached him. He immediately returned to the village and, upon seeing his young son’s corpse, fell unconscious.

Suraj’s cousin, Rakesh, said that though he had not been present at the scene, other people had told him that Suraj had been crushed to death by a vehicle on which the letters ‘CO’ had been painted. The ‘accident’ took place when Suraj, who was at the market, had rushed with the other villagers to reach the spot where Satyamev Jayate had been murdered.

According to Rakesh, the police have registered a first information report (FIR) against an unknown vehicle in the matter of Suraj’s death. The government has offered a cheque of Rs 5 lakh to the family.

Ram Prasad said that Suryansh Dubey had asked Satyamev Jayate to issue a character certificate and residence proof in his name. Jayate knew Dubey had several serious cases registered against him, including murder. So he refused to sign the certificate. This infuriated Dubey. He had threatened the pradhan.

Ram Prasad claims that Bansgaon is a Dalit-dominated village with more than 350 Dalit households and fewer than 100 ‘upper caste’ families. Despite the majority Dalit population, however, the ‘upper castes’ exercise significant control over the village. Before Satyamev Jayate was elected as village head, members of the upper caste had occupied the post for two decades. There had been a Dalit village head once in the past, but he had apparently merely been a proxy for village strongmen.

Satyamev Jayate, however, had been elected village head on his own merits and he worked independently. According to Prasad, it irked the upper caste musclemen to see a Dalit work fearlessly without kowtowing to them and one who also opposed them when upper caste boys beat up Dalit boys and molested Dalit girls.

Jayate’s father, 90-year-old Ramsukh Ram, had studied till Class V. Though he is now physically disabled and bedridden, he had been quite active politically and socially when he was younger, drawing inspiration from B.R. Ambedkar. Like his son, he had also contested the village head election once, but had lost. Satyamev Jayate had fulfilled his father’s dream when he was elected the village pradhan.

Ramsukh Ram was a close associate of a former Member of Parliament, Ramdhan, who in turn, had been a close ally of former Prime Minister V.P. Singh. Ram ensured that both his children and those of his brother were properly educated. As a result, all of them were able to get white-collar jobs in the public and private sectors. After receiving his primary education in the village, Satyamev Jayate moved to Chiraiyakot and Rani ki Sarai for higher education and received an MA degree.

Satyamev Jayate’s cousin, Neeraj, said that he had completed his education from a polytechnic in Lucknow while his brother graduated after finishing a course at the Industrial Training Institute. One of his brothers is a teacher at a central school. Two other members of the family are also teachers and one of their relatives is posted as a deputy director in Kolkata.

Satyamev Jayate was the youngest of three brothers. Ram Prasad is the oldest and Raj Bahadur, the sibling in the middle, had died of cancer in 2017. Satyamev Jayate took care of his brother’s widow and four children – three daughters and a son. He himself is survived by his wife and three children. His oldest daughter is 10 years old while his sons are eight and six years old respectively. In terms of ancestral property, Ramsukh Ram and his five brothers owned 8-10 bighas between them.

Agriculture was the main source of livelihood for Satyamev Jayate. His mother helped him in the field. His family still lives in a kucha (mud) house. Struggling with poverty, the family were nonetheless resolute in bringing about a change in the social order in the village.

Ram Prasad is now worried about the education and future of his two brothers’ children.

Satyamev Jayate’s killers not only openly boasted to the victim’s mother that they had killed the headman, but also sent a photograph of his corpse via WhatsApp to his cousin in Kolkata, warning him that anyone who dared to raise their voice would meet a similar fate.

But Jayate’s murder has once again ignited conversation on the recent increase in attacks on Dalits in Azamgarh and surrounding areas.

Rajiv Yadav, the general secretary of Rihai Manch, claims that half a dozen cases of attacks on Dalits happened recently in a short span of time. Shortly after the village head’s murder, a Dalit family in Ronapar village was attacked.

Former chief minister of UP and Bahujan Samaj Party chief Mayawati tweeted: “The news of the dastardly murder of Dalit village head Satyamev Jayate Pappu in Basgaon, Azamgarh on the eve of Independence Day and the death of another run over by a vehicle, is extremely sad. What is the difference between the former SP (Samajwadi Party) government and the current BJP regime with such atrocities and murder of Dalits going on unabated in UP?”

In the last couple of days, several Congress leaders have visited Bansgaon. Shahnawaz Alam, president of the minority department of the Congress, and other leaders arrived at the village on August 19. Congress state president Ajay Kumar Lallu, former MP P.L. Punia, and senior leaders Brijlal Khabari and Alok Prasad left from Azamgarh for Bansgaon on August 20, but the administration kept them under house arrest at the circuit house.

Maharashtra cabinet minister and Dalit Congress national president Nitin Raut has also arrived in Azamgarh with several other senior leaders, but they too have been prevented from going to Bansgaon.

Manoj Singh is the editor of the website Gorakhpur Newsline.