Four copies of the Quran were found burnt in a mosque. Some protesters allegedly torched hoardings and banners on the roads. 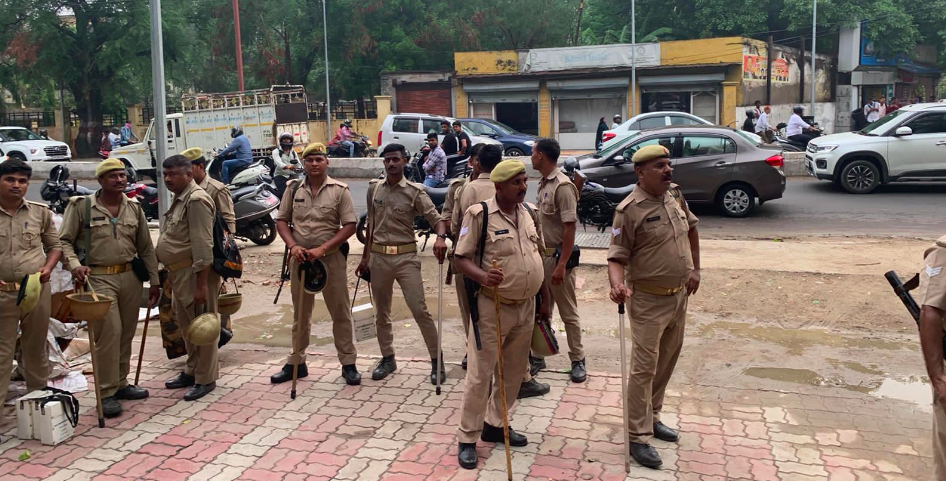 Lucknow: Protests broke out in Uttar Pradesh’s Shahjahanpur on Wednesday, November 2, after four copies of the Quran were found burnt in a mosque. Police arrested one person in connection with the case on Thursday, and described him as a mentally ill Muslim man.

The incident took place in the Masjid Shah Faqre Alam Mia area, which comes under the jurisdiction of the Kotwali police station.

Aggrieved at the desecration, hundreds of people had initially gathered around the mosque and staged protests, demanding the arrest of the accused. Stone pelting was also reported in the area.

Some protesters had also allegedly torched hoardings and banners on the roads. Some of them chanted slogans against the police and blamed them for not responding promptly to their complaint and for arriving at the scene very late.

The police allegedly lathi-charged the protesters in some areas. Policemen also had to extinguish small fires on the streets.

The situation was brought under control after the police and clerics appealed to the mob to maintain peace.

Heavy police forces have since been deployed in various parts of the town.

In a statement on Wednesday, superintendent of police S. Anand said that the police had heard that some pages of a religious book were found desecrated at a place of worship in the area.

He added that the police talked to the people at the protest site and filed a first information report. It also examined CCTV footage to identify the miscreants, he said.

UP| We received info that a few desecrated pages of a religious scripture were found at a religious place under Kotwali PS limits. Police reached the spot, talked to people & filed a case. We’re examining CCTV footage too. Police force deployed at spot: Shahjahanpur SP S Anand pic.twitter.com/dOM4Gz8Udl

SP Anand told The Wire that “the police have videos of the miscreants who created a ruckus in the town.” He added that they will identify them and “take stern action against them.”