While the FIR states that Hussain attacked the police team with a knife "with the intention to kill", his family and lawyer have alleged that this is a false allegation. 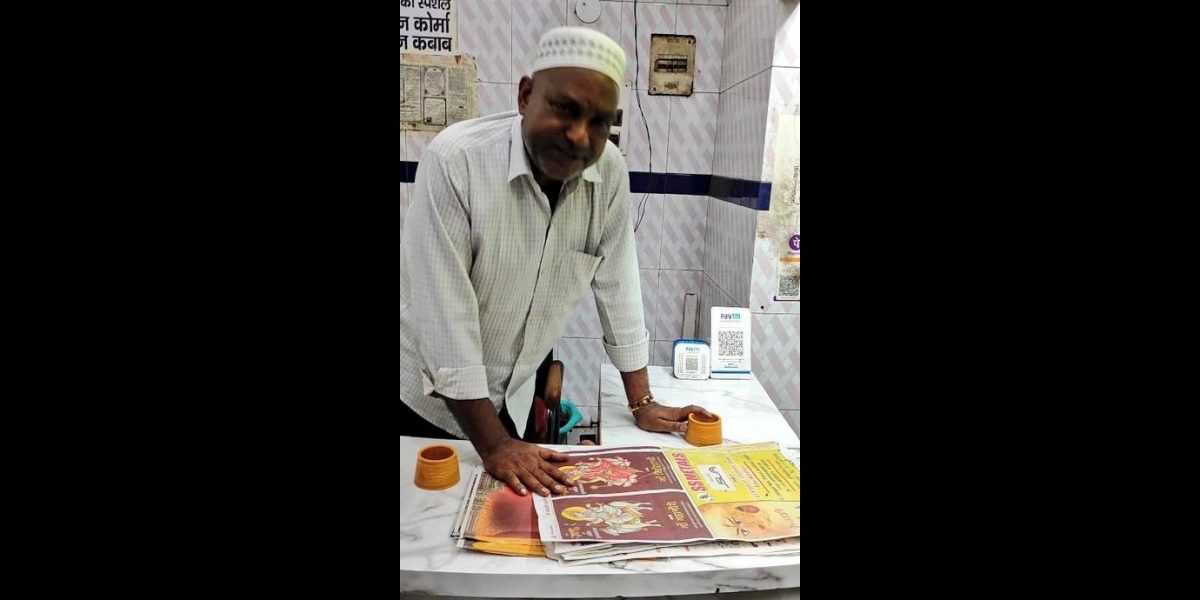 New Delhi: Talib Hussain, the owner of a chicken shop in Uttar Pradesh’s Sambhal, was taken into police custody on Sunday for wrapping chicken in an old newspaper which happened to carry the image of a Hindu deity. Later, in the FIR filed against Hussain, police have also claimed that the shopkeeper attempted to kill the arresting team with a knife.

While the FIR states that Hussain attacked the police team with a knife “with the intention to kill”, his family and lawyer have alleged that this is a false allegation.

In an interview given to the Times of India soon after the arrest, circle officer Jitendra Kumar mentions the charge of hurting religious sentiments, but does not speak at all of the attempt to murder allegation.

Man jailed for wrapping food in newspaper with pics of Hindu deities in UP
https://t.co/Z0bWwtKmdM pic.twitter.com/I8Pvp76qBb

Hussain has been charged under Sections 153A (promoting enmity between different groups on grounds of religion, race, place of birth, residence), 295A (deliberate act intended to outrage religious feelings of any community) and 307 (attempt to murder) of the Indian Penal Code. The complaint was filed against him by Hindu Jagran Manch district president Kailash Gupta, Times of India reported.

Hussain’s son told The Wire that the family has no idea what went wrong, as old newspapers are commonly used for food packaging. “My father was picked up by the police day before yesterday, he was sent to jail yesterday. We don’t understand what is his crime. We have been running the shop for the past 20 years, we simply buy the paper from the market and package and sell,” he said.

Hussain’s lawyer, Danish, added that his client is being framed. “The charges are baseless, they have framed him under different sections,” the advocate told The Wire.

(With inputs from Sumedha Pal)