According to the literary association, the award for Ravikant, a Hindi professor at Lucknow university, was cancelled to “avoid political controversy”.

New Delhi: What could you stand to lose if you are critical of the government while being felicitated by a state-funded body?

For one, parting with a prize.

This is what happened to Ravikant, a professor at Lucknow University, when a Uttar Pradesh state government-sponsored literary collective withdrew the award it had bestowed upon him for posting critical comments against the BJP-led government at the Centre and the state on his Facebook page.

Ravikant, an assistant professor of Hindi, was nominated for the Raman Lal Agarwal Prize given out annually by the Rajya Karmachari Sahitya Sansthan (State Employees Literary Association), a collective of government officials funded by the state.

The association was founded in 1996. Since then, it has been giving away more than 25 awards annually to distinguished literary personalities who write in Hindi. Of late, it has also started felicitating two non-Hindi poets or novelists annually. Most of these awards are sponsored by the state government.

Ravikant was supposed to get the award later this month. But on March 6, he received a letter informing him that that was no longer the case. The letter sent to Ravikant informing him that the decision to award him had been revoked.

The association told him that one Shailendra Singh – the chief managing director of New Delhi-based NGO Human and Animal Crime Control Association – objected to his Facebook posts. 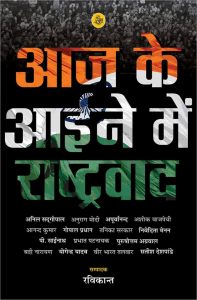 Speaking to The Wire, Ravikant said, “I was supposed to receive the award on March 17, 2019. The letter speaks of my Facebook posts, from which I understood that I was penalised for writing critical comments against the BJP-led governments in UP and the Centre.”

He said that he runs a column against communalism in Adahan, a Hindi magazine he edits.

“Last year, two of my books – Azaadi aur Rashtravaad (Freedom and Nationalism) and Aaj ke Aayiney mein Rashtravaad (Nationalism in Today’s Scenario) – were also released by Rajkamal Publications. Both were bestsellers. So, my political views are well-known. I am amazed that the association cancelled my award based on one person’s complaint who has nothing to do with the world of literature or social sciences,” he said.

Recently, Ravikant had criticised the political culture of UP in the context of two BJP legislators violently attacking each other.

He also said that the ruling party was deliberately whipping up war hysteria for electoral gains after the Pulwama attack, and that the aggressive language employed by BJP leaders, including prime minister Narendra Modi, against this backdrop would not strengthen India’s national security.

Pointing out an incident in which right-wing activists brutally beat up a Lucknow-based Kashmiri dry fruit seller in the aftermath of Pulwama attack, he had said that such political activists have no regard for law and order and were harming the nation more than anyone else.

Similarly, he commented that Mahashivratri, a Hindu festival that celebrates the marriage of Shiva and Parvati, was being used by Hindutva groups to advance their political agenda. He also said that the Hindu right had scant regard for the historical documentation of the festival and that they were trying to erase the message of love, sacrifice, family life that Mahashivratri symbolised. 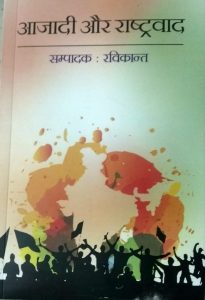 When The Wire reached out to the general secretary of the literary association, Dinesh Chandra Awasthi, he said that the award to Ravikant was cancelled to “avoid political controversy”.

“We have no personal grudges against the professor but when objections were raised against his nomination, our committee decided to cancel his award,” he said.

“All of us are government employees. We do not want any controversy over a single award,” he said.

He added that unlike all the other awards the association gives away, this particular one was privately-funded. “Raman Agarwal was a well-known poet of Lucknow. His son instituted the award last year and it is given through our platform.”

Allahabad-based Hindi poet Shlesh Gautam is the new recipient of the prize, he said.