Five Unsung Heroes of 2016, From a Former Sex Slave to a Climate Poet

Five human rights defenders who had an impact in 2016. 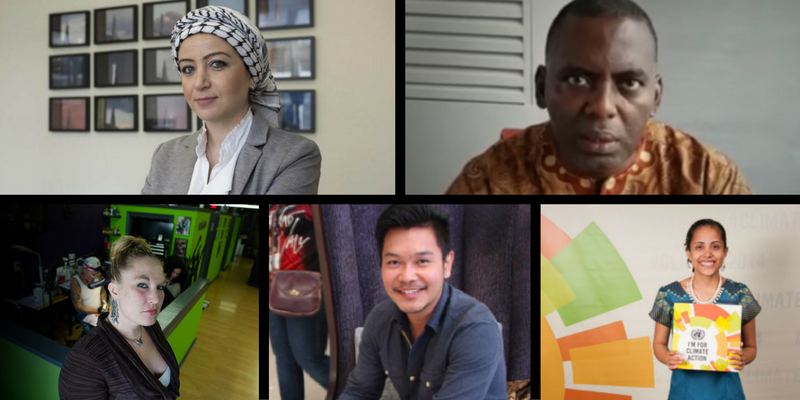 London: Thousands of people around the world work tirelessly to defend human rights – often risking their lives to expose abuses against women, children, minority groups and landless farmers amongst others.

Below are five activists who had an impact on 2016, in no particular order.

The leading Mauritanian campaigner was born to slaves and should have faced a life of servitude in the desert nation which straddles the Arab Maghreb and black sub-Saharan Africa.

But he was released from slavery by his mother’s master on the advice of a Koranic teacher.

Abeid has spent much of his life campaigning for the end of slavery in Mauritania where some 43,000 people, or about 1 percent of the population, live as slaves, according to the 2016 Global Slavery Index, although others put it at 20 percent.

“In my country, people come into the world already owning other human beings,” said Abeid, who has been jailed several times including after taking part in a 2014 anti-slavery march.

The last country to legally abolish slavery in 1981, Mauritania criminalised slavery in 2007 and a new law passed last year makes the offence a crime against humanity and doubles the prison term for offenders to 20 years.

But Abeid told the Thomson Reuters Foundation: “In Mauritania, sharia law supersedes the Constitution and the ratification of any international treaty on slavery. That’s why perpetrators of slavery are rarely, if ever, imprisoned.” 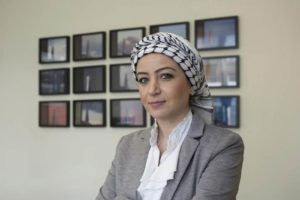 Zaina Erhaim has trained more than 100 citizen journalists in Syria and helped establish a number of independent newspapers and magazines.

Living and working in Aleppo, Erhaim made a series of short films ‘Syria’s Rebellious Women’, which tells the stories of women who stepped into positions usually reserved for men since the start of the civil war.

The women include a paramedic, a relief worker and community activist.

Erhaim told the Thomson Reuters Foundation that if such remarkable women went undocumented, “the male winners will be writing the history, and the heroines will be forgotten.”

For six years, Jennifer Kempton was forced to work as a prostitute by a former boyfriend who branded her with his name tattooed above her groin.

She had other markings including a tattoo on her neck of the name of one of her traffickers along with his gang’s insignia.

After escaping sexual slavery, Kempton set up a charity, Survivor’s Ink, two years ago to help other women who had escaped enslavement get their brandings covered up or removed.

Survivor’s Ink has so far provided grants to help around 100 women cover up their slavery brandings.

“It’s always amazing to see the look on their face when they no longer have to look at this dehumanising mark of ownership and violence,” Kempton told the Thomson Reuters Foundation.

The poet, performance artist and teacher from the Marshall Islands is on a mission to protect her low-lying Pacific island home from climate change.

Jetnil-Kijiner has been training young people to apply for grant money that can help their families in the nation of more than 1,000 atolls and islands cope with worsening extreme weather and rising seas.

The 28-year-old, who was part of her country’s delegation to the U.N. climate talks in Marrakesh in November, said many of the country’s 53,000 people feel they must move away from their home at some point.

“Lots of the outside rhetoric they hear tells them that. But I tell them it’s not over yet. There’s still time to fight,” Jetnil-Kijiner told the Thomson Reuters Foundation. 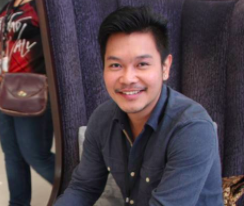 Hla Myat Tun is programme coordinator at Colours Rainbow, a leading rights group in Myanmar that works to protect the rights of lesbian, gay, bisexual and transgender (LGBT) people.

LGBT people in Myanmar routinely face abuse, violence, intimidation and harassment from police officers who extort money and sexual favours from them in a country where homosexuality is banned, campaigners say.

“By giving them free legal advice and introducing them to lawyers we hope they can access justice more easily,” said Myat Tun.