In a rare show of unity in the region which is divided between Muslim-majority Kargil and Buddhist-dominated Leh areas, activists demanded constitutional safeguards denied to them since 2019. 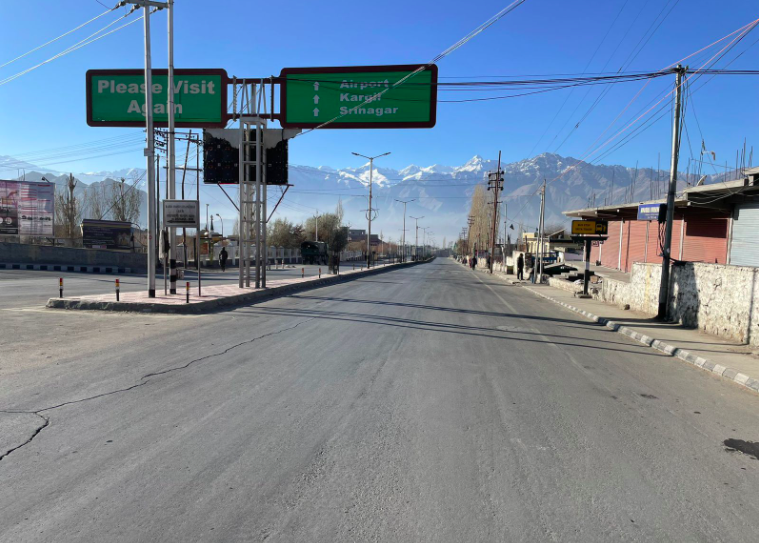 Srinagar: Normal life came to a standstill in parts of Ladakh region on Monday, December 13, in protest against the denial of constitutional safeguards for the arid desert region bordering China and Pakistan which was downgraded into a Union Territory in 2019.

Once a politically dormant region, the reading down of Article 370 has ignited new tensions in Ladakh where a number of political and social organisations have joined hands in recent weeks and months to seek constitutional safeguards, including statehood.

Two prominent groups – People’s Movement for 6th Schedule for Ladakh (PMSL) and Kargil Democratic Alliance (KDA) – who are spearheading the agitation, have threatened to hit the streets if their demands are not met.

The list of demands include Lok Sabha seats for Kargil and Leh districts and a separate seat for Ladakh region in the Rajya Sabha. The alliance is also seeking immediate recruitment in the 10,000 to 12,000 vacant posts in various departments of the Ladakh administration.

In a rare show of unity in the region which is often divided between the Muslim-majority Kargil and Buddhist-dominated Leh regions, the Leh Apex Body (LAB), a prominent conglomerate of traders, transporters, hotel owners and other stakeholders, supported the bandh call. 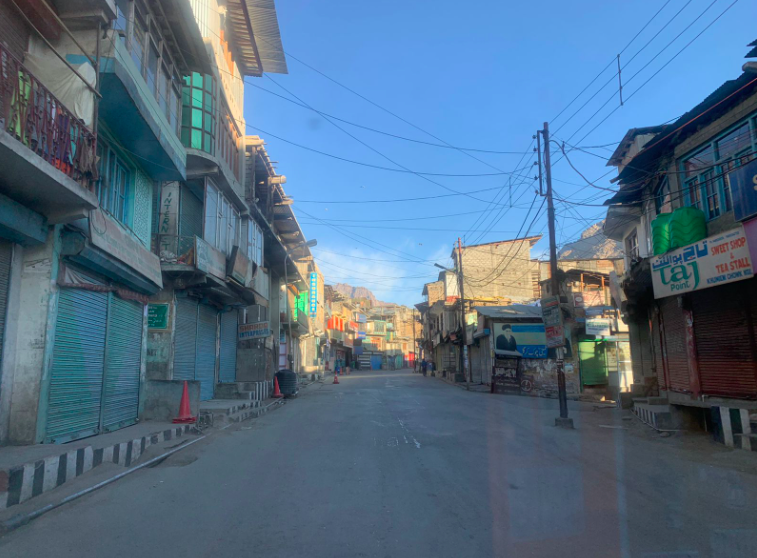 The list of demands include Lok Sabha seats for Kargil and Leh districts and a separate seat for Ladakh region in the Rajya Sabha. Photo: By arrangement

Thupstan Chewang, president of LAB, told Times of India that army vehicles, travellers on the move to board flights and students appearing in exams were not stopped during the bandh. “Pharmacies were also allowed to remain open,” Chewang said.

“The bandh was held in a peaceful atmosphere and it evoked massive response in both the regions. There is anger among the educated youth who were promised jobs. If the government doesn’t concede to our demands, we will be forced to hit the streets,” Chering Dorjay, a former J&K minister and former Ladakh BJP president who quit the party last year, told The Wire.

The former lawmaker said the lack of representation of Ladakh in the parliament has led to the “disconnection” of the arid region from political discourses in the country. “With Pakistan on one side and China grabbing our territory, we have been left at the mercy of babus sent by the central government,” he added.

Before the Union government read down Article 370 on August 5, 2019, Jammu and Kashmir sent six members to the Lower House and four members to the Upper House of the parliament. At that time, Ladakh, which had four seats in the assembly and one Lok Sabha seat, was also part of J&K.

With the dissolution of the assembly after the promulgation of J&K Reorganisation Act 2019 and many Rajya Sabha members such as PDP’s Nazir Laway and Fayaz Mir deserting their party, all the four seats in the Upper House are, at present, vacant.

“Besides the constitutional safeguards, Ladakh also needs ecological and environmental safeguards. But the Centre is administering Ladakh on its own whims and desires which has increased anger among the people, especially the educated youth. We will not rest till all our demands are met,” Dorjay said. 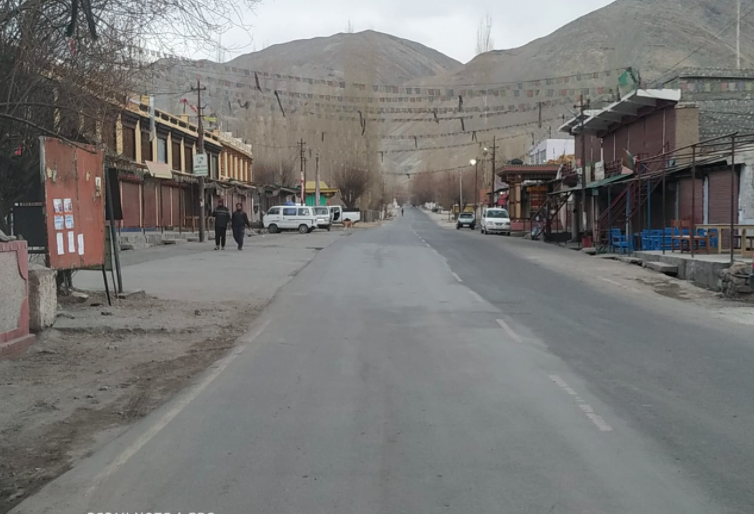 ‘But the Centre is administering Ladakh on its own whims and desires’. Photo: By arrangement

According to reports, the day passed off peacefully with no report of violence received from any part of the region. “It was an unprecedented day for Ladakh because all the political, social and cultural organisations in both Leh and Kargil districts had supported the bandh call,” said Sajad Kargil, a KDA member who contested 2019 Lok Sabha polls from Ladakh.

A video shared by the activist on social media showed a complete shutdown being observed in the main city of Kargil, a Muslim majority area, where resentment is running high against the Union government’s arbitrary move to downgrade the constitutional status of Ladakh.

In the past, Leh has traditionally sided with BJP which controls the powerful Ladakh Autonomous Hill Development Council (LAHDC)-Leh. In the LAHDC-Leh polls held last year, the BJP’s tally however went down from 17 in 2015 elections to 15, although it continues to retain power in the House of 26.

However, the recent reports of encroachment by the Chinese army, growing unemployment and the complete political disempowerment of the region which was downgraded into a UT without a legislature appears to have shifted the winds against the BJP. 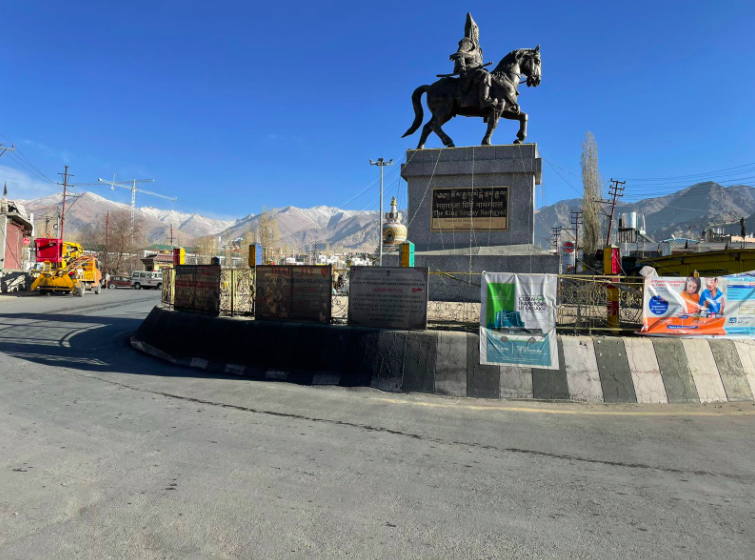 ‘The anger against the BJP policies has united the people.’ Photo: By arrangement

“The anger against the BJP policies has united the people. They have now realised that what the centre promised in 2019 was merely a lollipop and nothing has changed on ground. In fact, the situation has gone from bad to worse with even our farmers being denied access by Chinese soldiers for grazing their cattle,” Dorjay said.

Also read: Behind the Modi Government’s Doublespeak on Ladakh, a Refusal to Acknowledge Reality

The politically volatile situation in Ladakh worsened for BJP after it moved the J&K Reorganisation Act, 2019, in the parliament. The Act which bifurcated the erstwhile state of Jammu and Kashmir into two UTs. “Even some parts of Ladakh, which had celebrated the reading down of Article 370, are now unhappy because they feel betrayed,” Sajjad, the activist, said.

Ladakh is simmering at a time when the security situation in the neighbourhood with China and Pakistan has worsened and the People’s Liberation Army has reportedly been increasingly moving into Indian territory following the Galwan clashes last year which left several Indian and some Chinese soldiers dead – the first bloody clash in the Himalayas involving the two armies in several years.