Clashes with the police led to stone-pelting and police responded by resorting to a lathi charge and tear gas shelling to control the crowd. 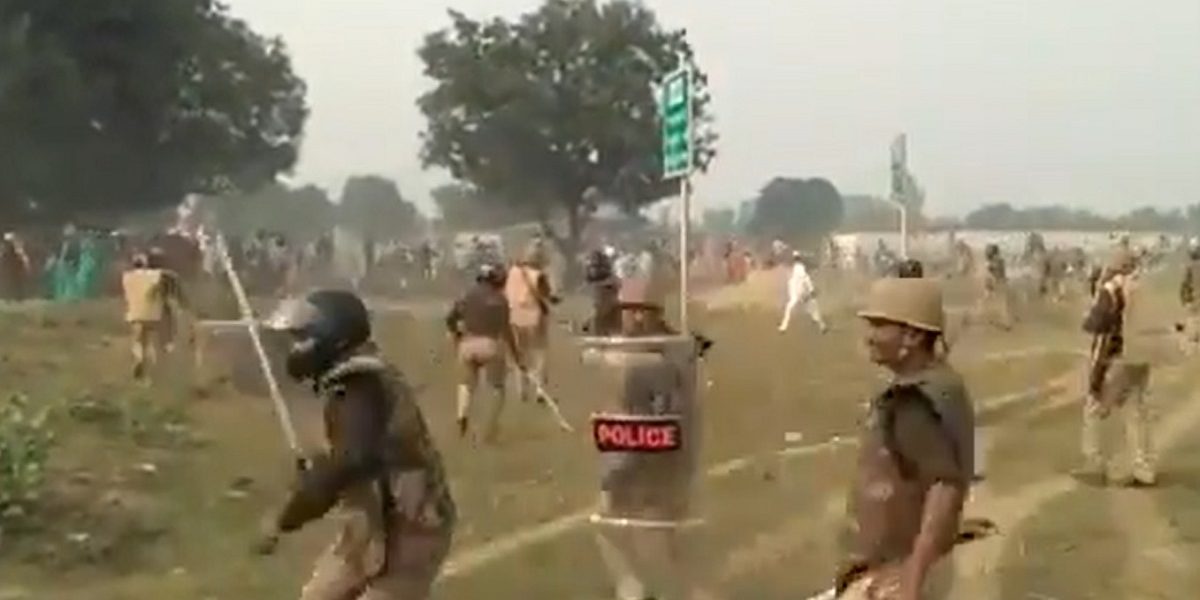 New Delhi: For the last two days, farmers in Uttar Pradesh’s Unnao have been protesting seeking better compensation for land acquired for a UP State Industrial Development Corporation (UPSIDC) project.

The protest turned violent as clashes with the police led to stone-pelting. Construction machinery in the area was also set ablaze. Police responded by resorting to a lathi charge and tear gas shelling to control the crowd. Several farmers and police personnel were injured in the process.

A video posted on social media, showing a policeman beating an unarmed man lying on the ground has caused concerns about use of disproportionate force.

Can anyone believe this video is from Ram Rajya & the man being served by so many officers is the Annadata?

Unnao farmers are on protest to seek compensation for land pic.twitter.com/NZYwj23JZt

The issue relates to the acquisition of 1,156 acres in 2002 for a special economic zone (SEZ). In 2014, the land was set aside by the Akhilesh Yadav-led government for a UPSIDC project called the Trans Ganga City Project.

The project was to include the construction of an exhibition centre, a mega mall, a multiplex and multi-storied residential complexes.

Now, farm leaders have claimed that about 30% of farmers in the area have not received the enhanced compensation.

Shekhar Dixit, president of the Rashtriya Kisan Manch, said, “Five years have passed since the land was acquired, but farmers have not been paid the increased compensation. Is the demand for compensation unjustified?”

He also claimed that the violence on Saturday and Sunday cannot be blamed on farmers. “We have no intention of disturbing peace. Some anti-social elements may have infiltrated our movement to sabotage it. The police had also resorted to a lathi charge, which led to a minor skirmish,” Dixit said.

Meanwhile, farmers’ bodies across the state have expressed support to farmers. The Bhartiya Kisan Union (BKU) has blamed the police for the violence. “The police should not have resorted to the lathicharge on unarmed farmers including women. We demand a thorough investigation into the matter,” it said in a statement.

The Rashtriya Kisan Manch, which is spearheading the protests, has said that the protest will continue until the farmers’ demands are met. “We will not be backing down and will continue our protest till each and every farmer is compensated,” Dixit said.

Heavy police deployment has been put in place in the area to keep in check possible violence during protests.