The complaint was filed by Haripal Singh, husband of the woman accused of taking the victim to BJP MLA Kuldeep Singh Sengar's house. 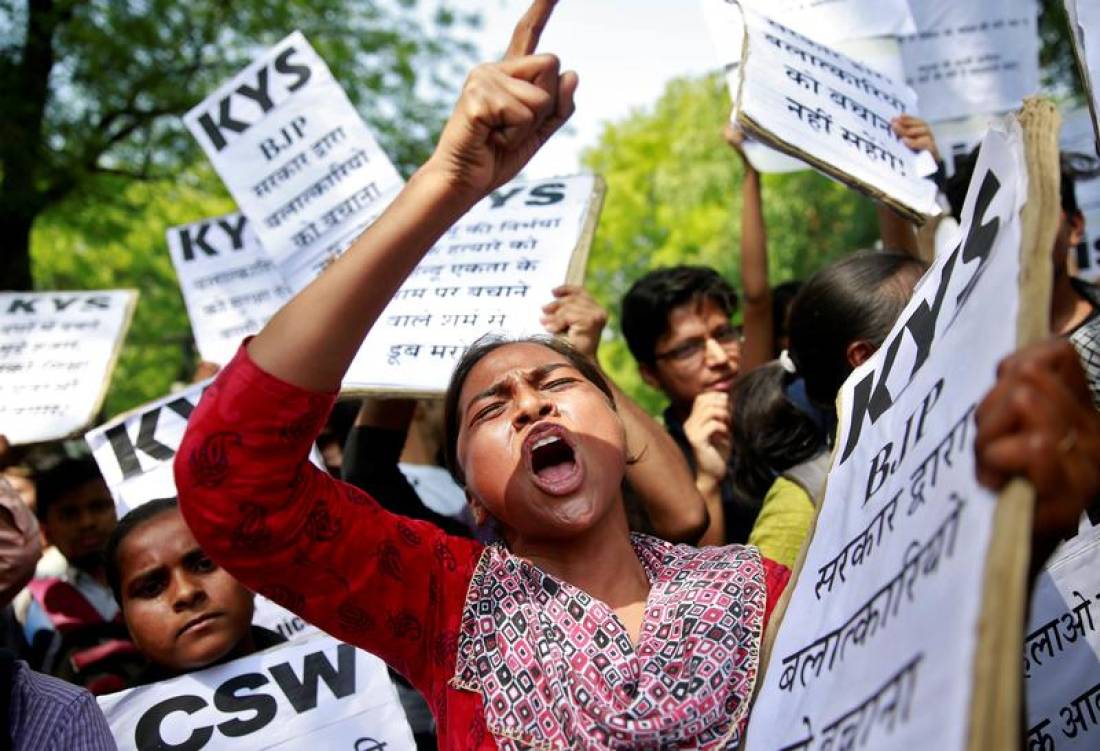 A protest against the rape of an eight-year-old girl, in Kathua, near Jammu, and a teenager in Unnao, Uttar Pradesh state, in New Delhi on April 12, 2018. Credit: Reuters/Cathal McNaughton

New Delhi: An FIR was registered against the Unnao rape victims, her mother and uncle on charges of submitting alleged forged documents to the police as proof that she was a minor.

The Makhi police station booked the case after a local court issued directives. The complaint was filed by Haripal Singh, the husband of Shahsi Singh, who has been chargesheeted in the case.

According to the Indian Express, Makhi’s station house officer (SHO) Dinesh Mishra said, “In his complaint, Haripal Singh has alleged that the rape victim, her mother and uncle prepared a forged school transfer certificate of the victim using fake signatures and stamp of the principal and Basic Shiksha Adhikari (BSA) of Rae Bareli district.

Also Read: The Unnao Case Exposes the Frailty of the Cycle of Justice in Yogi Land

The FIR was lodged on charges including cheating by personation, cheating and dishonestly inducing delivery of property, forgery for purpose of cheating and using as genuine a forged document.”

He added, “An investigation will be conducted to verify authenticity of the documents.”

The Unnao rape victim alleged that Haripal Singh’s son Shubham and another person raped her in June 2017. She also alleged that Shashi Singh led her to BJP MLA Kuldeep Singh Sengar, who also raped her. 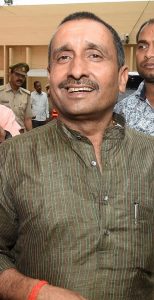 The Unnao rape incident came to light in April this year, when the victim attempted self-immolation near Uttar Pradesh chief minister Adityanath’s house. She was upset at police inaction and claimed to be coerced by influential people.

The victim alleged that on June 4, 2017, she was raped by MLA Sengar at his residence.

In February 2018, the girl’s family moved the court, seeking that the MLA’s name be included in the case. Subsequently, the victim’s father was booked by the police under the Arms Act on April 3, 2018 and put in jail on April 5.

The next day, her father died in jail. The post-mortem examination report suggesting serious injuries on his body.

After public outcry, the Unnao police charged Sengar with rape and filed an FIR into the murder of the victim’s father. The investigation was then transferred to the Central Bureau of Investigation (CBI).

The CBI chargsheeted Sengar and Shashi Singh in the rape case. The MLA’s brother Atul Singh and four others were named in the murder case of the victim’s father. Another chargesheet was filed by the agency against 10 accused, including Sengar, Atul Singh and three policemen, for allegedly being part of a conspiracy in falsely implicating the rape victim’s father in the Arms Act case. Sengar and Shashi Singh are presently in jail.