India has said the update lacked 'objectivity and impartiality'.

In her oral update, Bachelet had raised concerns about human rights issues in 50 countries, ranging from Spain to Sudan.

In the part about India, she observed that farmers’ protests “highlight the importance of ensuring laws and policies are based on meaningful consultations with those concerned”. She hoped that the dialogue efforts by the farmers and Centre “will lead to an equitable solution to this crisis that respects the rights of all”.

She also stated that sedition charges on journalists and activists for reporting or commenting on protests and attempts to curb freedom of expression on social media “are disturbing departures from essential human rights principles”.

At least three BJP-ruled states have filed FIRs against journalists for sharing “unverified” news about the tractor rally on January 26. An FIR was also filed against The Wire, its founding editor Siddharth Varadarajan and reporter Ismat Ara for reporting on the allegations made by the family about the death of Navreet Singh at the tractor rally on January 26. An independent journalist, Mandeep Punia, was arrested at Singhu border for reporting on the farmers protests.

The Centre had also asked social media platform Twitter to block tweets and handles which had been actively posting on the farmers’ protests. The accounts included that of magazine Caravan, the farmers’ protest account Kisan Ekta Morcha and several independent journalists and activists.

Bachelet also appreciated the experience of a pilot programme from Kerala where “officials, civil society organisations and community leaders have used innovative technology to ensure that the voices of marginalized and poor people are heard, and their needs addressed, in the pandemic response”. 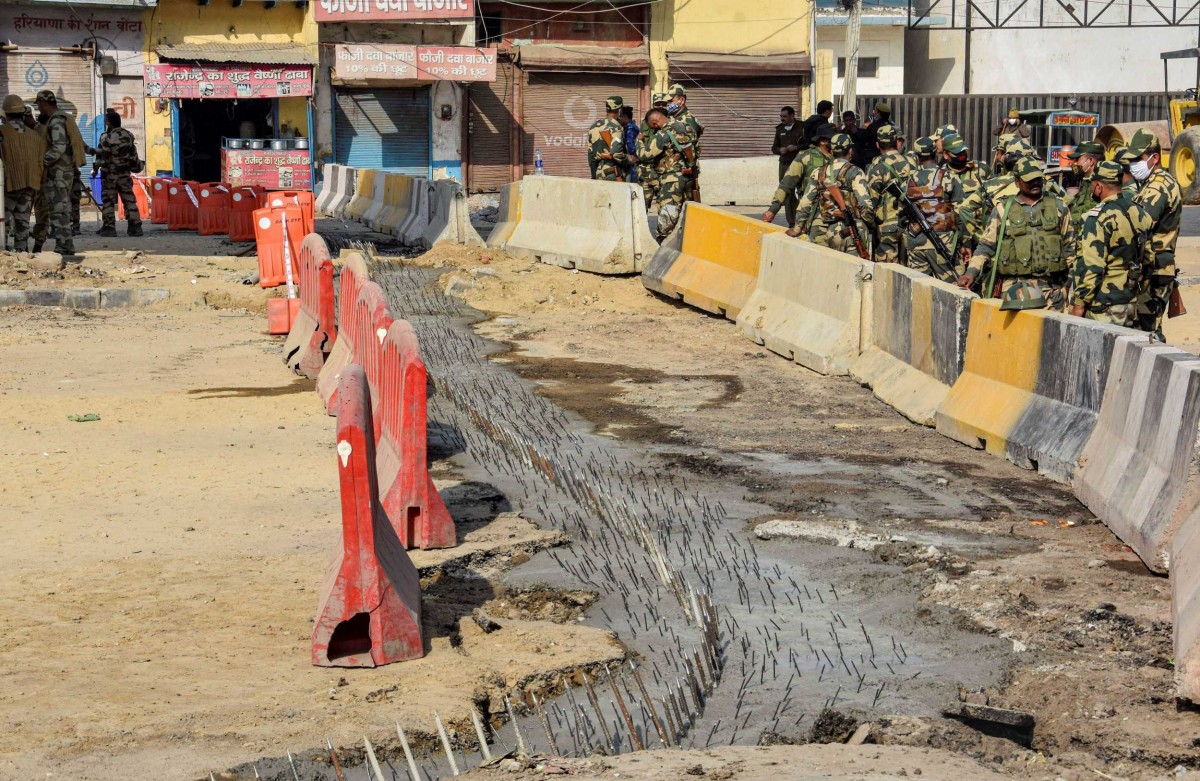 India’s permanent representative to UN, Indra Mani Pandey stated that Indian government had set a target of doubling farmers’ income by 2024. “The purpose of enacting three Farm Acts is to enable farmers to realise better price for their produce and enhance their income. It will particularly benefit small farmers and offer more choices to those farmers who opt for them. The Government has shown utmost respect for protests by farmers and has remained engaged in dialogue with them to address their concerns,” he said.

Pandey said that the Indian government was “perplexed to note some of the comments by the High Commissioner”. “She appeared as oblivious of the enormous efforts made by my Government to address the challenges, as indeed of many of the factors driving these challenges. The unprovoked violence on our Republic Day in the name of farmers’ rights, apparently, left her unmoved,” he added.

Bachelet also spoke on the situation in Kashmir, noting that restrictions on communications and clampdowns on civil society activists “remain of concern”. She observed that despite the restoration of 4G access for the first time since August 2019 in Kashmir, the “communications blockade has seriously hampered civic participation, as well as business, livelihoods, education, and access to health-care and medical information”.

“Raids against human rights defenders in October and November exemplify the continued restrictions on civil society, and resulting impact on the rights of the people of Kashmir to impart and receive information, and to engage in free, open debate on Government policies affecting them,” she noted.

Across the border, Bachelet said that there had been students’ protests in Pakistan Occupied Kashmir due to disruptions in internet access.

He said that India has “restored grassroots democracy, through District Development Council (DDC) elections, and provided good governance through the ‘Back to Village’ initiative”. “There has been a significant decline in terrorist attacks and progressive national laws have been extended to Jammu and Kashmir to enable the people there to enjoy the same rights as the people in rest of India,” he added.

Lashing out at the UN human rights chief, Pandey stated, “Her indifference to terrorism is, of course, not new”. Bachelet’s office has issued repeated observations about the human rights situation in Jammu and Kashmir following the complete lockdown in the state after August 5, 2020.

“Objectivity and impartiality have to be the hallmarks of any Human Rights assessment. We are sorry to see that the High Commissioner’s oral update is lacking in both,” said the Indian diplomat.