In a recent essay, the former UN Secretary-General said that he was "profoundly disappointed and alarmed by the communal violence that disfigured Delhi in recent weeks." 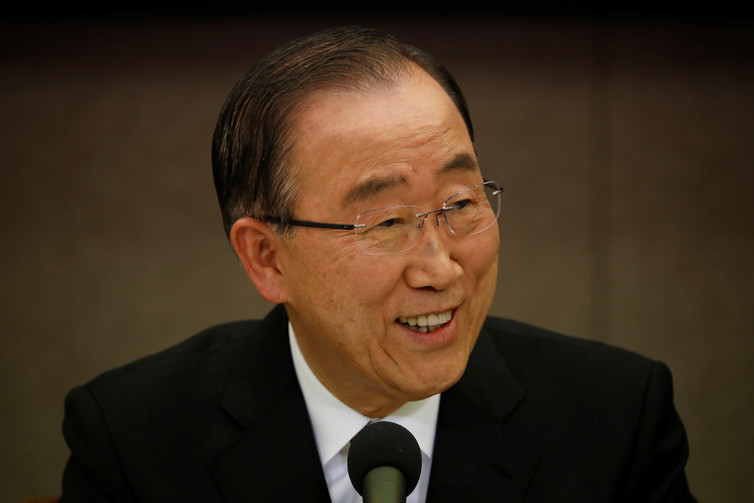 New Delhi: Former Secretary-General of the UN Ban Ki Moon, in an essay, has expressed concern over the violence that erupted in north east Delhi in the month of February and has said “that Gandhi’s vision is now threatened by sectarian violence and divisive political rhetoric”.

In an article for the Indian Express, Moon who is the deputy chair of The Elders – a group founded by Nelson Mandela to work for peace and justice across the world – said that he was “profoundly disappointed and alarmed by the communal violence that disfigured Delhi in recent weeks.”

Referring to India’s credentials as a democracy that had made its mark in global business, academia, IT, entertainment and sport, Moon said that India could teach the world “its traditions of democracy and ahimsa (non-violence)”

Moon held that the attacks on poor and working people, mainly Muslims, could not be seen in isolation from Prime Minister Modi’s attempts to redefine Indian citizenship via the Citizenship Amendment Act (CAA), the proposed National Population Register (NPR) and National Register for Citizens (NRC). all of which were incompatible with Article 14 of the Indian Constitution. These developments, Moon said, raised questions about India’s democratic future.

“Callous imperialism was the handmaiden to India’s violent birth as an independent state. Today, only Indians are responsible for the direction of their country,” the former Secretary-General of the UN wrote.

Noting that the denial of citizenship based on religion “prompts memories of some of the darkest periods in recent human history,” Moon said that India could not overcome its developmental challenges by pitting religious groups against one other and turning some Indians into second-class citizens.

The former Secretary-General also expressed alarm over the “arbitrary attacks on India’s Muslims” based on rumours about cow slaughter and said that the actions amounted to vigilante punishment. “If India were to go further down this path of nationalist and religious discrimination, it would be a political and social catastrophe that could set back the country’s development for generations,” he said.

Moon said that protests in Assam last year in response to the proposal of the citizenship law “should have prompted the government to pause and listen to its citizens” when there was widespread fear after the Assam NRC about citizens being declared stateless when the next census was to be carried out in 2021. He also said that protests against the citizenship law united members across different religions and this display of solidarity was evident when civil society groups came together to support victims of violence in Delhi.

Moon noted that he was impressed by the model of free, universal services that he saw at a “Mohalla” clinic in Delhi with chief minister Arvind Kejriwal. “It is only through free, unified and collective mobilisation that India can achieve lasting peace, justice and prosperity. Your country’s founding fathers understood this necessity,” Moon said.

Also read: Interview: Why the UN Rights Office Is Concerned About the CAA

Last month, the UN Secretary General Antonio Guterres raised concerns over the CAA and proposed NRC and said that “statelessness” must be prevented when a nationality law is changed. On a three-day visit to Pakistan, Guterres said that he was concerned about the new laws in India.

“The present High Commissioner for Refugees is quite active to this situation like many others like this. Because there is risk of statelessness created by those national laws.” he said. “It is absolutely essential when a nationality law is changed, the statelessness is prevented. Because when basic right of anyone anywhere is to have a country that a person calls his, then everything should be done in order to avoid statelessness.”.

Earlier this month, the UN High Commissioner for Human Rights Michelle Bachelet moved to file an intervention application in the Indian Supreme Court against the Citizenship Amendment Act (CAA). “Citizenship Amendment Act adopted last December is of great concern. Indians in huge numbers, and from all communities, have expressed – in a mostly peaceful manner – their opposition to the Act, and support for the country’s long tradition of secularism,” Bachelet stated in a statement.

The UN human rights chief had also expressed concern about reports of “police inaction in the face of attacks against Muslims by other groups, as well as previous reports of excessive use of force by police against peaceful protesters”.