This Is Not a Media Trial, it Is an Inquisition, Says Umar Khalid in Court

As chargesheet is leaked in the media, activist questions attitude of the Delhi Police. 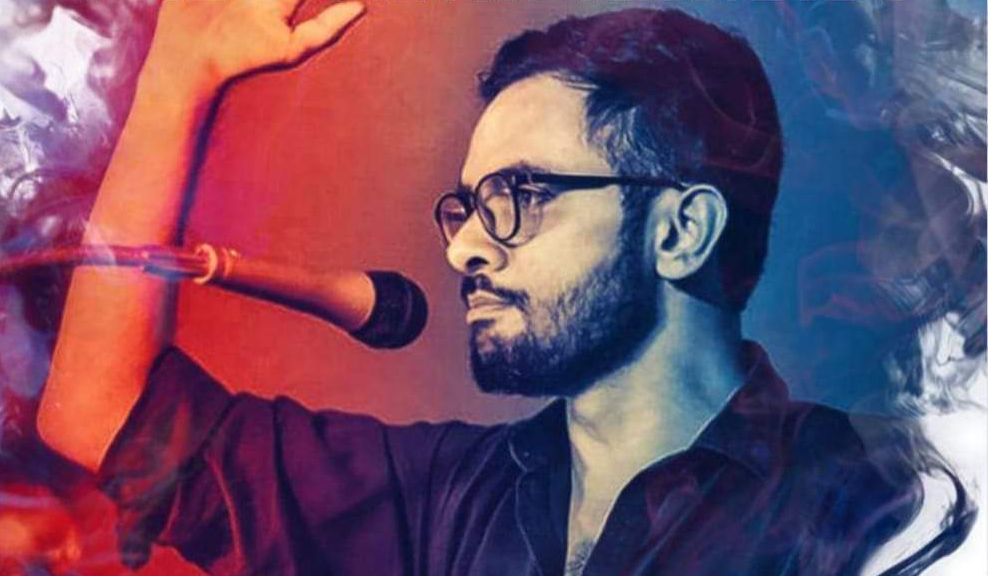 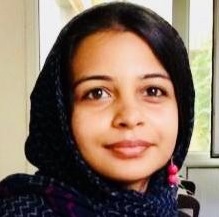 New Delhi: Political activist Umar Khalid told the court taking cognisance of the ‘conspiracy’ chargesheet in the Delhi Riots case that the women and men accused by the police in  FIR 59/2020 were not facing a “media trial,” but an “inquisition”.

Khalid said that a newspaper he gets in Tihar jail carried a report on the first anniversary of the riots, with photos of some of the accused — Umar Khalid, Khalid Saifi, Devangana Kalita, Natasha Narwal, Meeran Haider and Asif Iqbal Tanha, and the headline — Delhi dange ke bade gunehgar. Yeh hain woh chere (Big criminals of the Delhi riots. These are those faces).

In his oral submission to additional sessions judge Amitabh Rawat of the Shahdara district court, Khalid said, “I wish I was present before you so that I could give this to you in person… I want to know, sir, which court of this country has called us gunehgar.”

“It is not even a media trial. A trial presupposes that you will be heard. It is an inquisition,” he said.

The Delhi Police, which reports to Union home minister Amit Shah, says the protests against the CAA were a front for its leaders to plan the riots. They have charged the 18 accused in FIR 59 with terrorism under the Unlawful Activities (Prevention) Act, 1967, or UAPA. Forty of the 53 people killed in the riots were Muslim. Sixteen of the 18 accused of planning the riots are Muslim.

“It is very difficult for the accused when such adverse reporting is being done and they are being called guilty even before the trial. The constitution allows us to have a fair trial. My oral submission to you is that this is happening again and again,” said Khalid.

The “again and again” that Khalid was talking about referred to yet another leak of legal documents in the media, detrimental to the accused.

Even as the Delhi high court has recently blasted the shoddy investigation into the leaking of Asif Iqbal Tanha’s “disclosure statement”in the media, Adit Pujari, lawyer for Kalita and Narwal, told Judge Rawat that extracts of the second supplementary chargesheet in FIR 59 had been leaked in the media even before the judge had taken cognisance of it, and the 18 accused and their lawyers had a chance to read it.

Reports published in the media as early as February 24, mostly citing “police sources”, give details about the second supplementary chargesheet, including the contents of the powerpoint presentation (PPT)  on the CCTV cameras in the Chand Bagh area which public prosecutor Amit Prasad gave in open court on  March 1.

When Rawat asked Prasad about the leaked reports, he said that he does not read newspapers.

“I’ve stopped reading [them],” he claimed.

Also read: Delhi 2020, the Real Conspiracy: What the Police Chose Not to See

In his oral submission, Khalid said that while the prosecutor does not read newspapers, the media trial was endangering the physical safety of the accused inside Tihar and Mandoli jails.

“I hope the prosecutor sahib never finds himself in this situation because then he will not be able to say ki main paper nahin padhta,”said Khalid. “It makes us vulnerable in jail.”

“This kind of reporting, what is the end? How can we be condemned without even being given a chance,” he said.

After the report calling them gunehgar was published, Tanha told Rawat, “We have to hear comments like, ‘yeh log danga karake jail main aiyen hain.’ I have told you before the kind of discrimination we face. I don’t get proper (medical) treatment… The media says what it wants to say outside, but inside the comments increase.”

Khalid Saifi said, “For the media and the state, the media is more sacred than the courts. Before coming to the court, they go to the media and do whatever they want. If this is going to happen, they should declare the verdict also, and we should stop the entire process.”

In January 2021, Khalid moved chief metropolitan magistrate Dinesh Kumar’s court, alleging that the supplementary chargesheet in FIR 101/2020 had been leaked to the media. In October, last year, Tanha said that his “disclosure statement” – a ‘confession’ made in police custody that has no evidentiary value (defence lawyers in FIR 59 say these confessions are coerced) – were leaked  to the media. In June, after Kalita accused the Delhi Police of selectively leaking information about her to the media, the Delhi high court asked them to stop.

While showing Rawat a publicly available video from what appeared to be a news portal during the course of the hearing on March 2, Pujari said that it was the same video which public prosecutor Prasad had shared in open court one day earlier on March 1.

In addition to the leak, defence lawyers are deeply concerned that the public prosecutor played the video, which showed CCTV cameras being covered up, in open court.

“When the chargesheet is not given to the accused, it is given to the media to publish, and these kinds of videos are played… we were completely blindsided yesterday,” said Pujari.

“There is enough evidence to show that the CCTV footage exists not only in the Muslim-dominated areas but the other areas. Why is it that only [that] CCTV footage [is] being placed before this court in furtherance of the alleged deaths of Ratan Lal and Ankit Sharma,” he said, referring to the murders of head constable Ratan Lal and government employee Amit Sharma during the riots.

Over the course of the hearing, Judge Rawat, who is taking cognisance of the chargesheet, explained that he told Prasad to play the video because he was not able to open it due to a technical glitch.

Defence lawyers say the prosecutor should have played it for the judge, not in open court, with reporters present.

“Even before the cognisance has been taken by the court, the contents of the chargesheet along with the narration of the evidence is already out in the press, and from none other than the police,” said a defence lawyer in FIR 59, speaking on the condition of anonymity. “During the cognisance hearing, the video evidence is being played in the court where the media is present. You are showing the evidence to the public and the judge at the same time. At this stage, the accused is barred from making any submission. This is prejudging the facts and issues.”

Also read: A Year After the Delhi Violence, a Letter to Our Friends in Jail

Prasad, presenting one print clip of an English-language independent news organisation, said that witness statements had been published and this amounted to destruction of evidence.

“So even those kinds of reports are coming. So to put the entire blame on the prosecution or the investigating agency would not be correct,” he said.

Pujari countered that the problem was the leaking of legal documents to the media again and again.

Pujari told Rawat that the chargesheet was a “very serious document” that goes from the investigating officer to a senior police officer and then to the court, and the judge had the power to order an inquiry into whether the leak had come from his court or the police.

Prasad said that the chargesheet travels from investigating agency to the sanctioning authority — in this case the Central government and state government since both UAPA and the Indian Penal Code are invoked — where it stays with the supportive evidence along with the videos.

Prasad said, like Tanha, the defence lawyers could move the Delhi high court.

In his order dated March 2 following the hearing, Rawat took cognisance of the chargesheet and said, “The  media is free to cover the stories they want but must also be conscious of remaining careful and objective in their approach.”

He said, “There is a world of difference between an accused and a convict.”

“There is also a disturbing trend about reporting of the exact contents of the chargesheet before cognisance is even taken or counsels of the accused are provided of it,” he added. “It is one thing to report generally about the charge sheet and quite another to reproduce it as it is and thus, obviously, the question of leakage would arise. This is grossly unfair and unjustified, and the court expects that it would not occur in the future.”