Ukraine: Stranded Indian Students Describe Chaos and Conflict as They Try To Leave

Many students who are in the northeastern part of Ukraine, close to the Russian border, see no signs of relief. 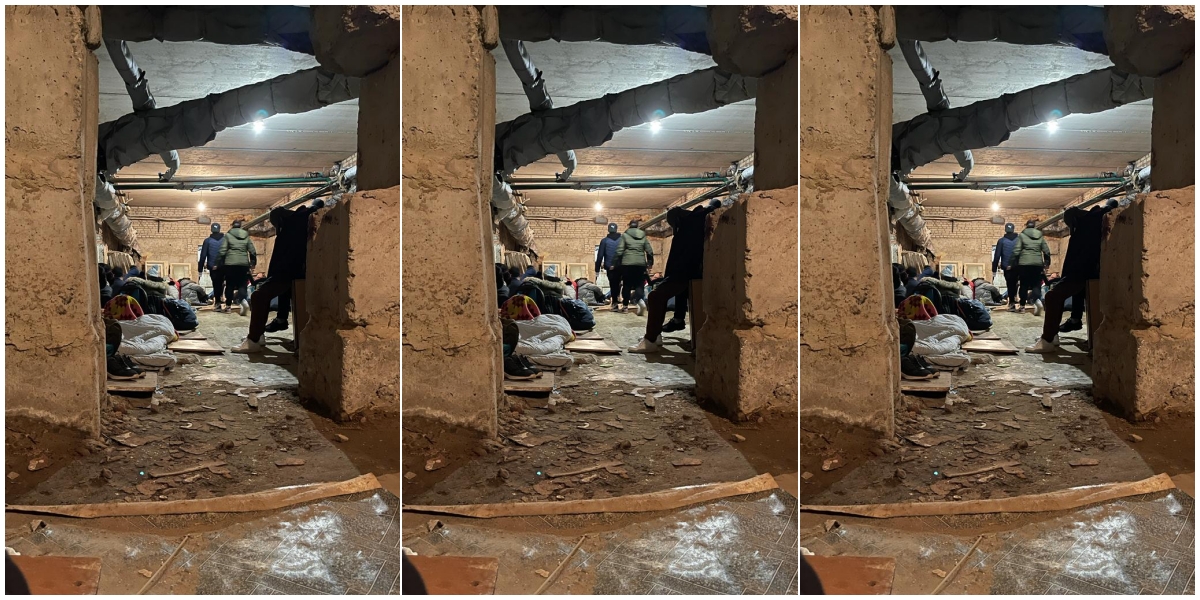 Ukranians and Indian students in a bunker in Sumy, which is under attack from Russian forces. Photo: By arrangement

New Delhi: Even as an Indian student died in shelling in the Ukrainian city of Kharkiv, several more stranded citizens are struggling for a way out as the conflict brought about by Russia’s invasion continues to escalate.

Kharkiv, a city in northeast Ukraine just 40 km from the Russian border, has witnessed consistent and persistent bombings. Locals and foreigners have been forced to take shelter in underground parking lots, basements and subway stations to escape the explosions. On February 28, Russian rocket strikes killed dozens of people in Kharkiv.

Indian students stranded in Ukraine that The Wire spoke to said they continue to combat the chaos and conflict in their bid to escape the country.

Since the bombing and airstrikes began, Tapan Kumar Bugudai is alternating between bomb shelters and his hostel room in the eastern city of Sumy. A student at the Sumy State University, Bugudai, originally from Odisha, says, “Sirens have become our clocks, our watches, they dictate our days here.”

Bugudai told The Wire that there were almost 1,000 Indian students stuck in Sumy, which is a mere 48 km from the Russian border. While India’s evacuation efforts appear focused on those who have managed to reach Ukraine’s western borders near Poland, Hungary, Romania and even Slovakia, those stuck in the volatile regions of Sumy and Kharkiv see no relief.

He added, “When the sirens ring, we run to the bomb shelters near us, which is under a kindergarten school and when the situation eases, people leave for their homes. Sumy is getting worse by the hour. It feels like a stampede situation when we try to get into the shelters.”

Bugudai says he and other Indians are constantly hearing bombs, firing and sirens. Their parents are anxious and feeling helpless, he says.

Abhishek Kushwaha, a student at the Lviv National Medical University, says he has been in constant touch with the Indian Embassy through its helplines. On February 25, Kushwaha and several other Indian students boarded a bus to the Shehnyi-Medyka border near Poland, an 80 km journey. “Our bus dropped us at a distance of 30 km from the border. After reaching the border, we waited there in freezing cold and snow for three days and then returned. No one came to help us,” he said

“Now we are sticking to the embassy’s advice. We will stay where we are, but we feel there should be better coordination among the Ukrainian and Indian governments. The Ukrainian government is misbehaving with Indians at the Polish border, it is a reality,” Kushwaha said.

Other students who made the journey to the Polish border raised similar allegations. Since the buses stop at a distance from the Shehnyi-Medyka, the students say they walked 20 km to reach the border, fighting hunger and sleep. They claimed that they were turned back by the Ukrainian authorities.

While videos have shown Indians and others being roughed up at borders, the Ukrainian envoy to India rejected allegations of racism. He, however, said no preferential treatment can be given and that all citizens must wait their turn because there are lakhs of refugees waiting to leave the country. The Indian Embassy in Ukraine has also urged Indians to not behave aggressively and praised the efforts of Ukrainian authorities and civilians in facilitating evacuation efforts.

Foreign secretary Harsh Vardhan Shringla also described the process of evacuation as ‘challenging’ and said the Indian embassies in Hungary, Romania, Poland and Ukraine have deployed all officials to help the students who are caught in the midst of a “live conflict”.

But for students in Kharkiv, the real challenge has been to escape the north-eastern region which is under brutal Russian assault by sheer virtue of its proximity to the border. On March 1, Russian missiles struck the regional administration building in Kharkiv, setting it ablaze and signalling an escalation in the conflict.

Nadeem Mandelia, a 24-year-old student, has left Kharkiv after living in an underground subway for more than three days. Mandelia, along with other Indian students, is on a train to Lviv from Kharkiv, a 1,000 km journey. “Nobody has helped us, we are on our own. So we are doing everything to save ourselves,” he said.

While an MEA advisory on Tuesday morning instructed all Indian nationals, including students, to leave Kyiv urgently “through any … means available”, students are disappointed. They feel they have been left to save their own lives in a crisis situation.

Tabish Siddiqui, a 21-year-old student at Petro Mohyla Black Sea National University in Mykolaiv in the southwest, says he has not received any help from the Indian government. The family he lived with in the city and his university have helped him, he said. The university has at its own expense set up buses for foreign students to be taken to the Moldova border, from where students would take flights to Romania. 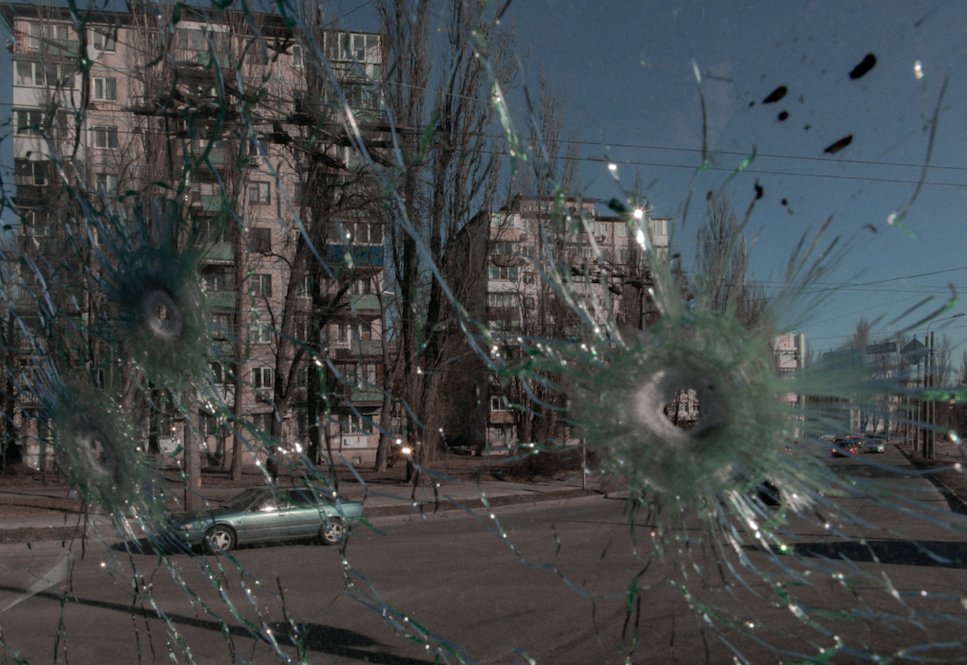 Cars are seen through the damaged window of a vehicle hit by bullets, as Russia’s invasion of Ukraine continues, in Kyiv, Ukraine, February 28, 2022. Photo: Jedrzej Nowicki/Agencja Wyborcza.pl via Reuters

Laxman Aggarwal, a student in Lviv, is trying for the second time to go to the Polish border today. “Indians are not being allowed across the Polish border. The Ukrainian government is working for Ukrainians first, they asked us to ‘step aside’ and let Ukrainians go first. We were turned back,” he said.

The Ukrainian envoy has also sought to clear these allegations, saying only Ukrainian children and pregnant women are being given priority over refugees of other nationalities.

Aggarwal told The Wire with great stress, “Khud hi karna hai ab, pata nahi kab tak help aayegi (We have to look after ourselves, don’t know when help will arrive).”