The duo have been booked under Sections 504 (Intentional insult with intent to provoke breach of the peace) and 505 (2) (intent to incite offence against community) of the IPC and remanded to judicial custody. 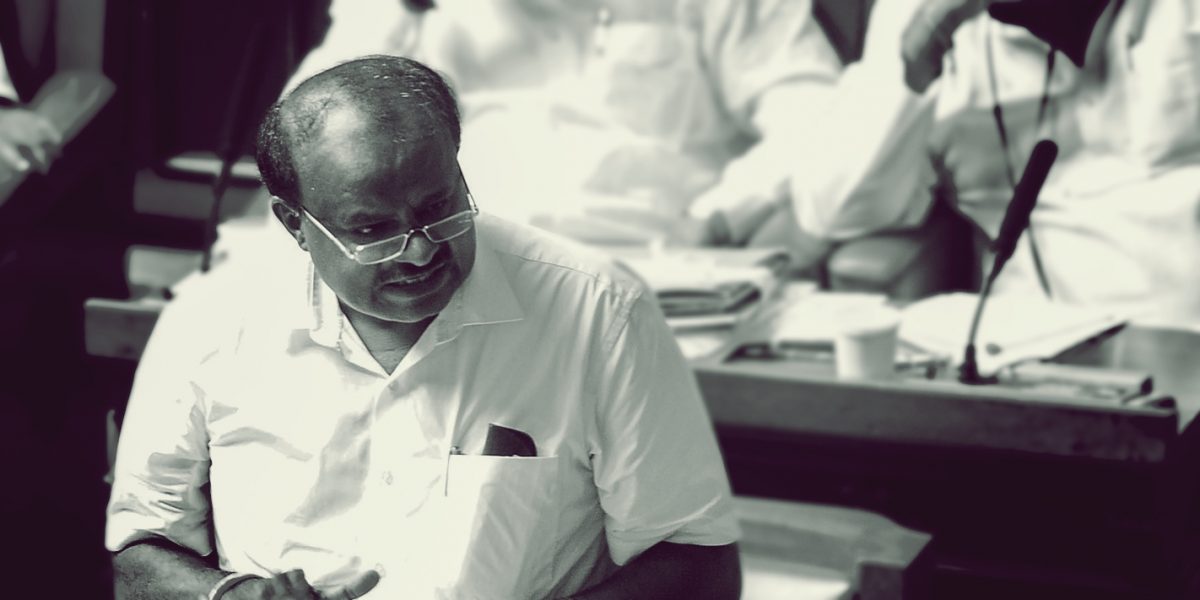 New Delhi: Police in Bengaluru arrested two men on Saturday for allegedly using abusive language against Karnataka chief minister H.D. Kumaraswamy and his family in a widely-circulated video. According to The News Minute, the video was recorded on May 23, the day of Lok Sabha election results which saw the Janata Dal (Secular) win only one seat, and circulated on WhatsApp.

The two men – identified as 26-year-old Siddaraju and 28-year-old Chama Gowda – also allegedly abused Nikhil Kumaraswamy, son of the chief minister, as well as other members of the first family of the JD(S) in the 32-second video. Both men are residents of Channapatna.

The duo have been booked under Sections 504 (Intentional insult with intent to provoke breach of the peace) and 505 (2) (intent to incite offence against community) of the Indian Penal Code and remanded to judicial custody.

A complaint was filed against the two men by the social media cell of JD(S) on Saturday and the police took them into custody soon after.

“When we tracked them down and questioned them, they said they were upset with the CM’s family politics and his party’s poor showing at the Lok Sabha elections,” a police official told The Hindu.

The arrests have come just weeks after the Karnataka police registered an FIR against Kannada newspaper Vishwavani and its owner-editor Vishweshwar Bhat for publishing an article on trouble within H.D. Deve Gowda’s family after his party’s poor performance in the general elections in the state.

As per the complaint in the matter, the newspaper published false information about Kumaraswamy’s son Nikhil.

The Editors Guild of India had criticised the action against Bhat, calling the FIR “an effort to intimidate the press and stifle freedom of expression”

Additionally, in August 2018, a 24-year-old Mangaluru man Prashant Poojary was arrested for an allegedly abusive post against Kumaraswamy on Instagram. According to Hindustan Times, the arrest in that case was made by the Central Crime Branch based on a suo motu complaint.

The latest action has come amid a recent crackdown on freedom of expression, with multiple arrests being made over alleged “defaming” of Uttar Pradesh chief minister Adityanath.

Prashant Kanojia, a freelance journalist who was formerly with The Wire Hindi, was arrested by Uttar Pradesh police on Saturday for a tweet that had “objectionable comments” on the chief minister. That very evening, the head of private television news channel Nation Live and its editor were also arrested in Noida for airing allegedly defamatory content on the Adityanath.

The scribe’s wife Jagisha Arora filed a writ petition in the Supreme Court on Monday.