For the Last 11 Days, One Woman Has Been Stranded Between India and Bangladesh

The woman is sitting on a sand bar on River Feni, off the Tripura border. 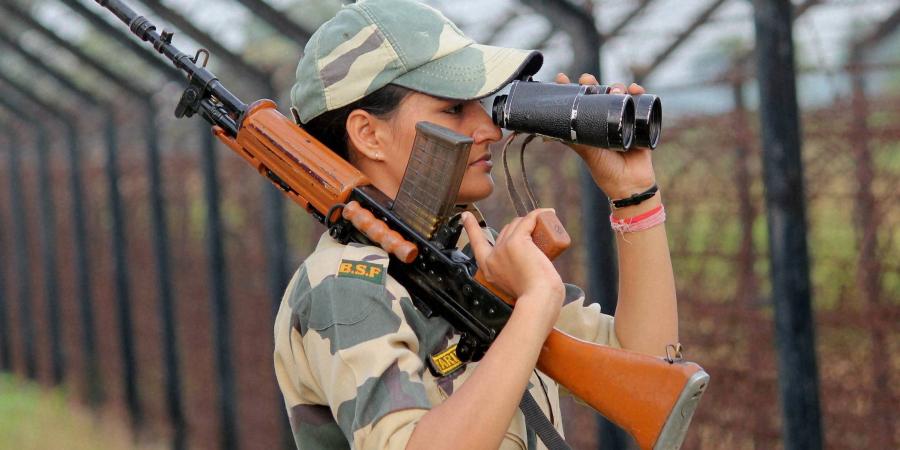 New Delhi: For the last 11 days, a woman has been sitting on a sand bar of River Feni, which separates India’s Tripura from Bangladesh, as the security forces guarding the international border on both the sides have claimed that she is not their citizen.

People from the villages in south Tripura that lines the border have been quoted in news reports despatched from the state as claiming that they witnessed the woman being “pushed” to the Indian side thrice in a day’s time. While some said she was pushed with sticks by people to the Indian side, some others claimed it was done by the Border Guards of Bangladesh (BGB).

“On April 2, we heard some people shouting near the river. We rushed to the spot to find a group of people trying to force the woman into the Indian side. However, with BSF personnel guarding the border, the woman eventually went away,” Sushanta Basak, a young resident of Kathalchari village, was quoted as saying in the Telegraph. Yet another villager, Rupam Basak, was also quoted by the newspaper as stating that they have stopped going near the river since the lockdown as BSF jawans had ordered them not to go bathing or fishing.

“But Bangladeshis regularly come to steal our vegetables, cattle and other items. The lady, stranded on the sar, is a Bangladeshi and her people pushed her back into Indian side. BGB men (posted at the Ramgarh border outpost on the other side of the river) simply stood and watched,” Basak claimed.

Also read: No ‘Unusual Increase’ in Apprehension of ‘Illegal Infiltrators’ Along Bangladesh Border

Tripura and Bangladesh share an 856-km border. Due to its thickly populated nature, the border doesn’t have a ‘no man’s land’ and has instead a ‘zero point’. Many villagers on the Indian side are allowed to go through the border gates, attached to barbed wires, to till their land on zero point. The Bangladeshi side has no barbed wires, only border pillars.

The villagers on the Tripura side have claimed to news reporters that they tried speaking to the stranded woman and she had referred to Mirpur in Bangladesh a couple of times during the interactions.

The unidentified woman is termed “middle-aged” in an Indian Express report from the state. Suman Debnath, a resident of the border village Amtoli, told the newspaper that he “saw a team of BGB personnel armed with sticks pushing the woman inside Indian territory late night on April 2.”

He claimed, “Bangladeshi people were seen providing her food and water from time to time.”

The report said, “On being contacted, a BSF PRO said an extensive inquiry was conducted into the issue, which revealed the woman is indeed a Bangladeshi national and an attempt was made to push her into the Indian territory. She is now on a ‘char land’ on the Bangladesh side.”

Interestingly, yet another woman and a man, both said to be mentally ill, were found stranded at zero point along the international border near two other villages. The Indian Express report said the locals claimed that several people from across the border are pushed into the Indian side for mental health treatment. The report quoted a local doctor, Jyotirmoy Ghosh, as saying, “At least 18 such people from Bangladesh are currently under treatment at Modern Psychiatric Hospital in Agartala. These individuals are released back into Bangladesh from time to time after their recovery.”

It said, “Recently, Bithi Akhter, one such patient who was treated to full recovery for eight years in Tripura, was handed back to her family in Bangladesh at an Integrated Check Post (ICP) here.”