A study by rights group CHRI has also revealed a strong bias against hiring women to top posts in information commissions. 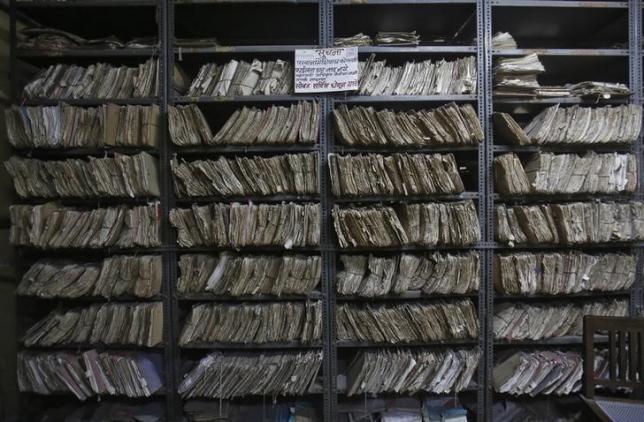 The reading of the word “disposed”, used by the Central Information Commission in its order, as “dismissed” appears to have saved the Prime Minister’s Office. Photo: Reuters/Files

New Delhi: Though 25% of all information commissioner posts across the country are lying vacant, a major skew has been observed in favour of appointing Indian Administrative Service officers to these posts. Over 90% of the top posts in the commissions are being held by senior civil servants. On the other hand, women are grossly underrepresented in these bodies that are supposed to uphold the implementation of the Right to Information Act, 2005, as they hold just about 8.25% of the posts.

All these aspects have been brought to light by the Commonwealth Human Rights Initiative (CHRI) in its fourth study titled ‘Rapid Review 4.0’ on the ‘State of the Information Commissions and the Use of RTI Laws across India’.

Vacancies at an all-time high

The report, released as part of the commemoration of 25 years of CHRI, indicates that the number of vacancies has reached an all-time high and has been on the rise over the last four years. “More than 25% (109) of the 146 posts in the information commissions are lying vacant. In 2015, (when the last review was done) against the 142 posts created, 111 information commissioners (including the chief information commissioners) were working across the country. In July 2015, the vacancy figure was much lower at 20%,” programme coordinator at CHRI Venkatesh Nayak said, pointing to the difference.

No one to lead at the top

With a shortage of information commissioners to dispose of the cases, the study pointed out that six of the biggest commissions in the country are now “saddled with 72% of the pending appeals and complaints across the country”. It noted that 47% of the serving chief information commissioners and ICs were posted in these states – Haryana (11), Karnataka, Punjab and Uttar Pradesh (nine each), the Central Information Commission, Maharashtra and Tamil Nadu (seven each). Of these, the pendency data of Tamil Nadu was not known.

Nayak, who along with Tahmina Laskar and John Mascrinaus of CHRI’s Access to Information Programme, and Neha Rani, a law student from Dehradun, conducted the study, said the data accessed from 19 information commissions also revealed that there were 1.93 lakh pending second appeal and complaint cases (as compared to 1.10 lakh cases that were pending across 14 ICs in 2015). So the pendency of cases has risen by over 75% in the last three years.

Further, the study noted that while as a qualification, the fields of expertise mentioned for the posts of information commissioners were law, science and technology, social service, management, journalism, mass media and administration and governance, “it appears that the governments’ trend of preferring retired civil servants to head information commissions has only strengthened over the years.”

Bias against women as information commissioners

“There was no woman SCIC in 2015 anywhere across India when we published our Rapid Study 3.0,” the study admitted.

The study also referred to issues with commission websites – they are often either non-existent or non-functional, and annual reports are not published regularly. “The websites of SICs of Madhya Pradesh and Bihar cannot be detected on any Internet browser. The SICs of Madhya Pradesh and Uttar Pradesh have not published an annual report so far,” it said, adding that while Jharkhand and Kerala SICs have six pending annual reports each, Punjab has five and Andhra Pradesh four.

Less than 0.5% population has used RTI so far

On the use of RTI laws in India, the report said “less than 0.5% of the population seems to have used RTI since its operationalisation. Between 2005 (when the RTI Act was operationalised) and 2017, the report said ICs reported that 2.14 crore/21.4 million RTI applications were filed across the country”. However, it noted that the actual numbers may be higher and  “if data is published by all ICs, this figure may actually touch 3-3.5 crores/33-35 million (conservative estimate).”

While the most number of appeals were filed with the central government (57.43 lakh) and the states of Maharashtra (54.95 lakh) and Karnataka (20.73 lakh), despite having much lower levels of literacy, Chhattisgarh (6.02 lakh) logged more RTI applications than the 100% literate Kerala (5.73 lakhs).

However, RTI use was found to be minuscule in Manipur which recorded the lowest figure of 1,425 information requests between 2005-2017. The five states of Himachal Pradesh, Punjab, Sikkim, Nagaland and Tripura also reported a decline in the number of RTI applications received in recent years. “The reasons for the drop in numbers requires urgent probing,” Nayak said.