To Kashmir, a 'Paigham' of Solidarity and Love From An Indian Woman

"Bharat Mata only has sons. We the women of India, are her daughters in law, and time and again, the state protects its men at the peril of women." 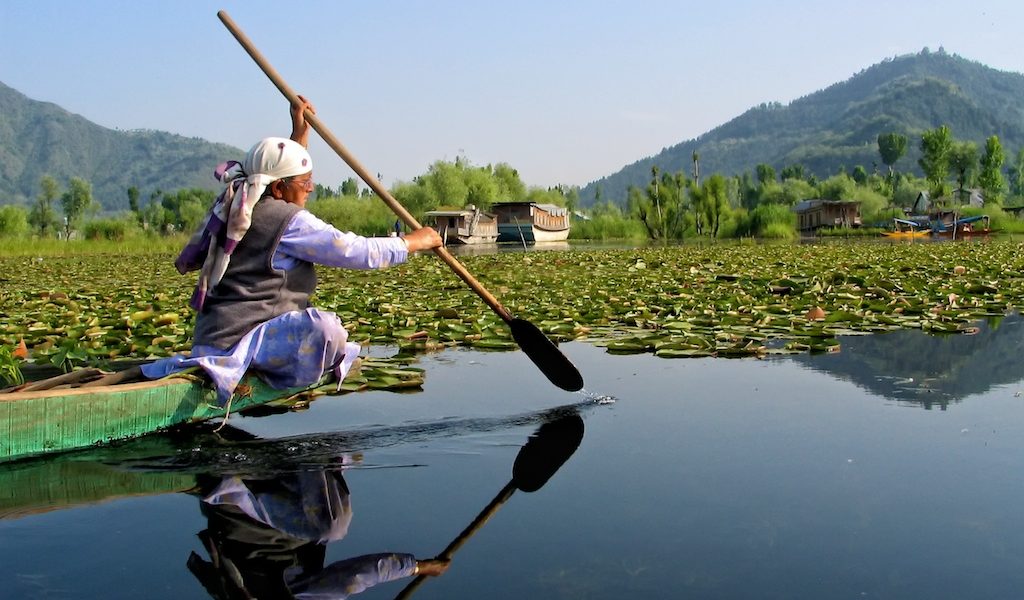 In 2014, when Scotland was undergoing a referendum on independence from the UK, the British public took out rallies and carried placards saying, “Scotland we love you. Don’t go. Vote No.”

Why did Indians not do this; show their love and urge you to stay? Ask you to belong to India not just in body, but also in soul? But since we never gave you any choice in this matter of our union, we also did not have to pledge our love to you.

Is this to do with our macho concept of love? That gives no choice to the woman; to decide whether or not she likes the man, his advances, his ‘decision’ to love her. The men do not know how to fall in love, to surrender, to merge with the other, to belong. They only know how to demand, possess, conquer.

In my youth, I was perpetually scared of men and their ‘love’ – Hindi cinema showed men aggressively stalking women, sexually harassing them in the name of love. On the streets, young women like me faced acid attacks that burnt their faces and vanquished their identity. Romantic love was male desire and aggression, and was frightening.

Now you are facing the same – they are not letting you decide whether you love them back, whether you find it attractive or acceptable to be loved like this. If you don’t accept their proposal, they come with guns and tanks. This is one sided-love and an acid attack.

Also read | Do We Really Care for Kashmir or Just the Idea of It as a Part of India?

Distressed by this, I started writing this letter to you; a paigham of solidarity and love from an Indian woman to you – who I think of as a woman too. A beautiful, proud woman, who men desire but cannot attain.

On my rare visits to you, Kashmir, I have witnessed not just your great beauty – the tall snowy peaks, the deep calm lakes – but also your humbling dignity. Despite the decades of horrors you have been through, your people are soft-spoken, hospitable and impeccably cultured. Where else have I seen a driver in a hurry tie a handkerchief to his rear-view mirror, and other drivers just move aside to let him pass? “He must be in a hurry today”, they say, while they watch him speed past them. We are shocked. In Delhi and Bombay, men kill each other in fights over overtaking at toll plazas.

I remember all this, on the 54th day of your being held captive. No one from outside can contact you. They do this in the name of democracy, in the name of nationalism. In my name, that is their claim. To change your status from an independent proud land to an annexure.

Also read | Kashmir – The Home I Have Never Been To

To make this happen, they have decided to hold you hostage, starve you, keep you isolated for days. Your children, the Kashmiri students in our universities, are at great peril. They have not been able to talk to their families for weeks. Their families have been unable to transfer them any money for weeks and so now, they are unable to pay rent, or even buy basic ration. They were already facing discrimination and hostility in Indian universities and cities. It is inexplicable really – that the same people who desire Kashmir, who insist on Kashmir being part of India, despise Kashmiris. They call Kashmiri students terrorists.

You might wonder, how does Bharat Mata, the mother, allow this? Do not be fooled, Kashmir. Bharat Mata only has sons – ‘Bharat mata ke sapoot’. It is the way Asian patriarchy operates – through the symbiotic relationship of mothers and sons. Mothers who stand by their errant sons.

We, the women of India, on the other hand, are the daughters-in-law of Bharat Mata. Time and again, the state protects the men at the peril of women; take marital rape for instance. They say if we recognise marital rape as a crime, it will threaten the institution of marriage. Or, while responding to female infanticide, the prime minister himself says, 800 girls per 1000 boys means 200 boys will have no brides.

Our state is not concerned about the missing girls – it wants the girls as wives for the men, wives that they can rape without legal consequence. It is no country for daughters.

Now they are coming after your daughters. They want ‘gori chitti’ brides from Kashmir. But how about fair and handsome Kashmiri bridegrooms? Oh no! Because Bharat Mata only has sons. She has no need for jamais and damads, just fair daughters-in-law for her beloved sons; sons that were never taught love.

What should we do as women of India? We are in the same situation as white women in apartheid South Africa or Jewish women in the ever-expanding Israel gulping down Palestine villages. We are complicit. We may not like what is happening in our name, but we are helpless in front of the entire state power.

Is it then that we are silenced? Or do our words have meaning?

Radical feminism taught us in the 1960s itself that women should refuse to reward any victor in a violent confrontation, and in fact cast their lot, on principle, with the loser. As Germaine Greer writes, “the male perversion of violence is an essential condition of the degradation of women. The penis is conceived as a weapon and its action upon women is understood to be somehow destructive and hurtful. It has become a gun.”

We can counteract the discourse – we can call this an unjust war, a military invasion, an acid attack.

Remember Mahasweta Devi’s ‘Draupadi’? The story of a tribal woman arrested as a Naxalite? Solders rape her and maim her, but she remains spirited and defiant. She scares them and shames them.

Sameena Dalwai teaches at Jindal Global Law School. She writes on gender, caste, sexuality, law and communalism in both English and Marathi.