TN: Family of NEET Aspirant Who Died by Suicide to File Complaint Against AIADMK Minister

The minister has reportedly used a manipulated video featuring her voice and image as part of his campaign. 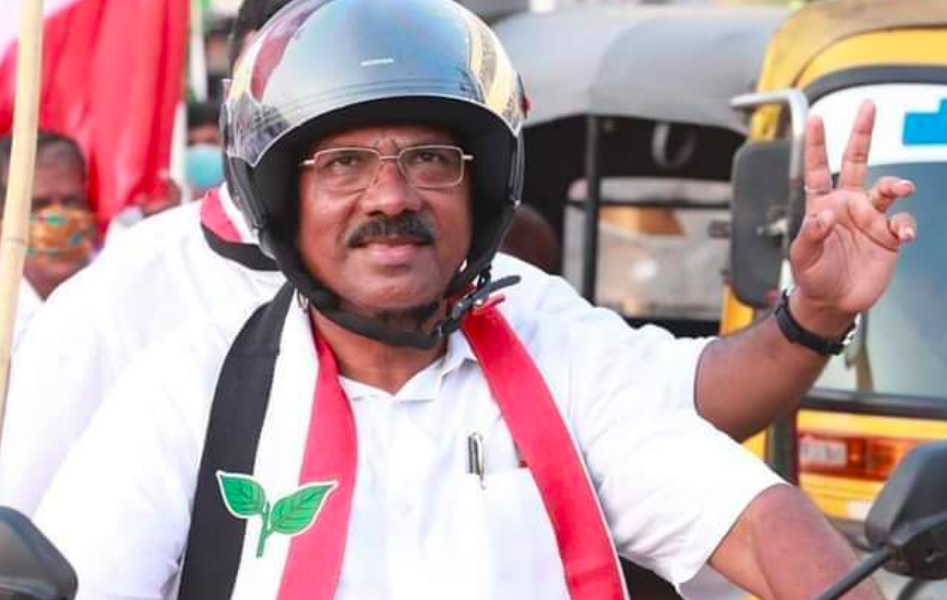 New Delhi: In an example of the long shadow the NEET controversy has cast on the assembly elections, the family of an MBBS aspirant who died by suicide has decided to file a police complaint against an AIADMK minister for sharing a manipulated video featuring her.

Pandiarajan had shared the video, which was a compilation of snippets from various Tamil news channels. The voiceover reportedly gave the impression that Anitha was saying Jayalalithaa’s government had ensured that 400 students from economically backward families could study medicine.

According to The News Minute, the voiceover says that the main opposition party, DMK, “killed us” for political motives. In reference to DMK’s rising sun election symbol, the video says that the sun had set on 17 students, referring to the spate of suicides among aspirants who could not qualify for admission into medical colleges through the NEET.

Also read: Why ‘Politicising’ NEET Isn’t the Problem We Should Be Focused on

Maniratnam, Anitha’s brother, pointed out that this was a big insult to his sister, who died in 2017.

“He can’t morph her voice to further his politics. It is like they are insulting her death. She died because of their decisions, but now they are making it look like she is supporting them,” he told The News Minute.

He asserted that if the minister had spoken in the video, it would have been fine. “But how can they make it look like Anitha spoke?” he asked.

Maniratnam brother pointed out that the family do not object to politicians discussing Anitha’s death. “They have the right to discuss this and they have their versions. But to use her voice is a new low and not at all acceptable,” said Maniratnam.

The issue of NEET is a heavy political issue in the Tamil Nadu assembly elections. While DMK has promised to abolish it in the first assembly session if it comes to power, the ruling AIADMK has said in its manifesto that it will establish coaching centres in districts for MBBS aspirants.

Also read: NEET: 16 Lakh Expected to Turn Up, 3 Aspirants Die by Suicide on Eve of Exams in TN

Before NEET was introduced in Tamil Nadu in 2017, admissions to medical colleges were based on marks obtained in state board examinations.

Anitha, the 17-year-old Dalit student, had scored 1176 out of 1200 marks in the state examination but could not clear the 40% cut-off mandated by NEET. She had even gone to the Supreme Court to seek cancellation of NEET on the grounds that it discriminated against rural students, but her plea was rejected. Nine days after the judgment, she died by suicide.