The government said the norms would be applicable to all types of schools in Tamil Nadu. 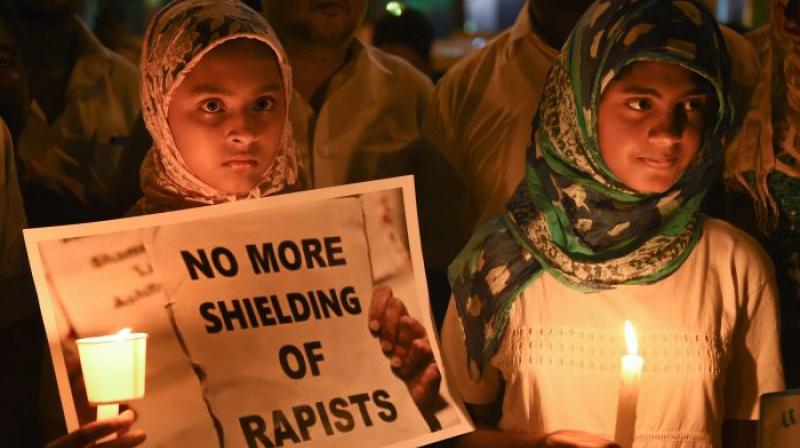 Chennai: The Tamil Nadu government on Monday announced guidelines like advisory panel and safety audit for schools to ensure protection of students from sexual violence and protocol for conducting online classes.

Following several complaints that led to arrests of a CBSE school teacher, an international school founder, an athletics coach and a martial arts instructor over sexual harassment allegations, the government said the norms would be applicable to all types of schools in Tamil Nadu.

Irrespective of the board of education, every school should constitute a “Student Safeguarding Advisory Committee” (SSAC) and the School Education Department would set up a state-level Central Complaint Centre (CCC) for guidance, an official release in Chennai said.

During virtual classes, both the faculty and students should follow a dress code, appropriate for classroom settings. All online classes should be recorded and a random audit should be undertaken by SSAC periodically.

The SSAC must inform the CCC immediately on receipt of a complaint and trained multidisciplinary team members drawn from different fields would guide complainants from the state-level centre. All interaction between CCC and callers would be documented and kept strictly confidential.

“An orientation programme will be organised for all stakeholders associated with the schools to acquire a comprehensive understanding of provisions in POCSO Act. The School Education Department will provide the orientation module.”

A standard, safety self audit tool would be developed by the School Education Department, and it is mandatory for all school managements to comply with the audit norms on an annual basis.

Safety boxes should be placed in school campuses to receive both complaints and feedback and it should be reviewed by the SSAC periodically and appropriate action should be taken.

A separate register should be maintained by the SSAC to document all complaints received, both written and oral and all schools should every year observe a “Child Abuse Prevention Week” (from November 15 to 22) by holding awareness programmes.

The SSAC should comprise the principal, two teachers and two parent teacher association members, a management representative, a non-teaching staffer and an external member (optional) to continually review, monitor and recommend measures on all aspects of students’ safety.

In a month, the CCC would be functional with a hotline facility, a dedicated e-mail id to receive complaints from anyone to inform sexual abuse of students.

People were outraged after allegations of sexual harassment of girl students at a popular CBSE school in Chennai by a commerce-accountancy teacher surfaced in social media last month.

This teacher allegedly appeared in inappropriate dress for online classes and against this background, authorities have mandated proper dress code for virtual interactions between students and faculty.

The alleged abuse and need for protecting children became a talking point and the teacher of the CBSE school was arrested. Also, it prompted victims who suffered at the hands of others to come forward and lodge police complaints.

Subsequently, an athletics coach and an instructor of martial arts were also arrested for sexual harassment of girls. On June 16, founder of an international school near here, who is also a self-styled Godman, was arrested in Delhi and brought to Chennai and remanded to judicial custody.

He was arrested on the basis of complaint of victims alleging they were sexually harassed at the school.