We do not exchange greetings any more, just notes of hate. Hate comes from all directions and we are sucked into its whorl; and once we hurtle into it, all beliefs, commitments, become irrelevant. 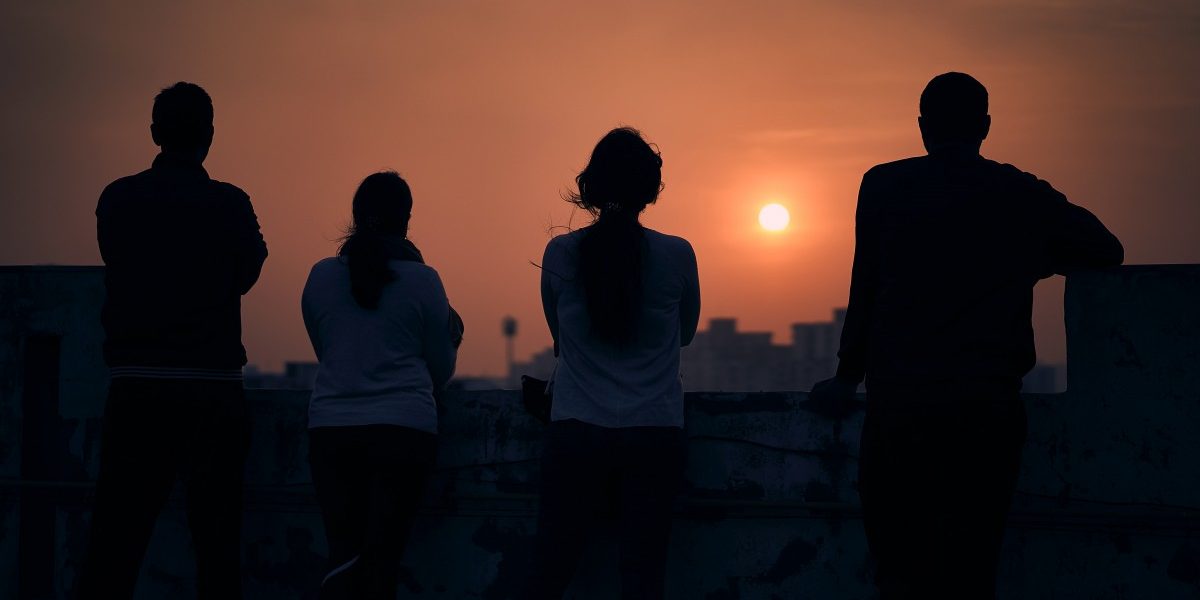 Maybe you are not. And if not, you may not want to read further.

But I am writing this not just because I would like you to read this but because I cannot help saying what I want to say. And to you. Like, sometimes, we cannot help wanting to reach out to someone, because that person seems like someone who cares, who feels like we do.

So, let me start by saying I am deeply troubled and unable to fathom why we are where we are today. A darkness suffocates me. Can darkness suffocate? It can block your sight. But can it stop you from breathing? Believe me it can. The violence in thought, word and action around me, every day, every moment and in endless supply, is choking me. Like if my head was trapped in a plastic carry bag. A bag carrying messages – of hate.

We do not exchange greetings any more, just notes of hate. Hate comes from all directions and we are sucked into its whorl and, once we hurtle into it all beliefs, commitments, become irrelevant.

I said I feel choked and that is how it is but I also know that I have become – and this may sound bizarre – part of the choking. I am the one who suffocates and the one who is suffocated. The anger and hate around me have entered me, my breath, my lungs. It is not the same anger, the same hate but nonetheless it is anger, it is hate I may remain outwardly restrained, but anger fills me and hatred swallows me. It is impossible to have a sane and nuanced conversation; there is no room for discussion or disagreement. I am provoked and I retaliate. My reaction becomes for the other, provocation. We have become a society of aural dissonance and visual clutter.

Also read: Not So ‘Local’ After All: Meet the People Who Tried to Violently End the Farmers’ Protest

A powerful section of Indians believes and makes others believe that those at the helm of public life from the time of independence until very recently were out there to demolish the Hindu faith in the name of secularism and majority sentiments in the name of democracy. There have always been politicians of all hues, but are we truly going to fall for such a devilish narrative that is only aimed at trivialising decades of our Constitution-led Republic? Those who are mindlessly parroting this untruth have all benefited from democracy, from the culture of free expression.

Were all actions of the past acceptable? Certainly not, the worst being the National Emergency, but to controvertialise every action of everyone else who truly loved this land as the home of diversity is a travesty of the truth. Disagree with Gandhi and Nehru, don’t eulogise them, but to dub their roles as anti-national is an abomination. Babasaheb Ambedkar rightfully fought Gandhi tooth and nail, but he engaged with civility, recognising the need for the complex dialogue.

Today, these thought-controllers are making us hate our democratic, plural past because they do not love the country’s diversity, its variety, the beauty that lies in its nuances, they want us to love, in fact, to worship uniformity, their sense of uniformity, of ‘oneness’ for that eliminates just about everything that is not about them. They counter truth with the half-truth and now, with the new weapon – post-truth. And under the cover of spirituality, self-styled gurus of a monochromatic India feed the ‘faithful’ with the message of ‘love yourself’ which means, axiomatically, ‘hate the other’.

To what extent will they go to push this agenda? Words taken out of context, videos edited in a manner to promote hatred and morphed pictures spread like a virus across social media. All the while judges make pronouncements that are unbecoming of their position. Amidst this deafening noise, crafty business people remain undeterred capitalists and continue raking it in for in the message of love, money needs to be spent, whereas in the message of hate there is money to be made.

Seeing this is what chokes me. But am I not in some way responsible for this? Has something of this self-love and hatred of the other lurked in me in some form, inert maybe, always? I wonder if this is not what I – we – have always been: thoughtless and unfeeling and so, quite abominable within. Now the filth is out in the open for everyone to see. But no, that cannot be true; there has to be some decency left. Why am I, why are we, refusing to give it a chance? Are we so afraid of losing something and convinced that parochialism and fanaticism can protect us? We are told every day to save ourselves from one awful person or the other. Christians, Muslims, Europeans, Chinese, Americans, Pakistanis and Bangladeshis need to be shown their place, removed or banned. Communists, centrists, socialists, atheists and secularists are all to be loathed. Dalits and other marginalised citizens who resist majoritarianism are anti-national. Journalists are all liars. Any public personality who questions the Indian government is a country hater and, if non-Indian, a promoter of some sinister plan to destabilise India. Those who demand affirmative action are losers, women who are independent are uncultured and young people who come on to the streets to protest have gone astray.

Also read: With Faith in India’s Institutions at Its Lowest, Citizens Must Fight Back

Truly, tell me, who does that leave out? Just that one set of people who swear by a certain form of Hindu faith and will speak the language that is acceptable to just that one group of religious bigots. Do we really want become such a society, such a country? I am not sure if the people who are speaking this language really understand what they are doing. Such an India will not be India any more.

Words like sedition, hurting religious sentiments, and working against the interest of the nation are loosely branded. When questioners and activists who have worked so hard for the marginalised are called terrorists and arrested, we laugh at them and create memes! The young activist Disha Ravi was taken to Delhi, arrested and paraded in front of the media. Many justify this treatment. Even parents of young adults remain unperturbed, synthetic and spout venom.

I am a flawed human being and have probably been unmoved by and not raised my voice against many other wrongdoings, I failed. Don’t make the mistakes I have and continue to make.