Three BJP Workers Gunned Down by Militants in Kashmir’s Kulgam

The assailants are from Lashkar-e-Taiba and The Resistant Front, police say. 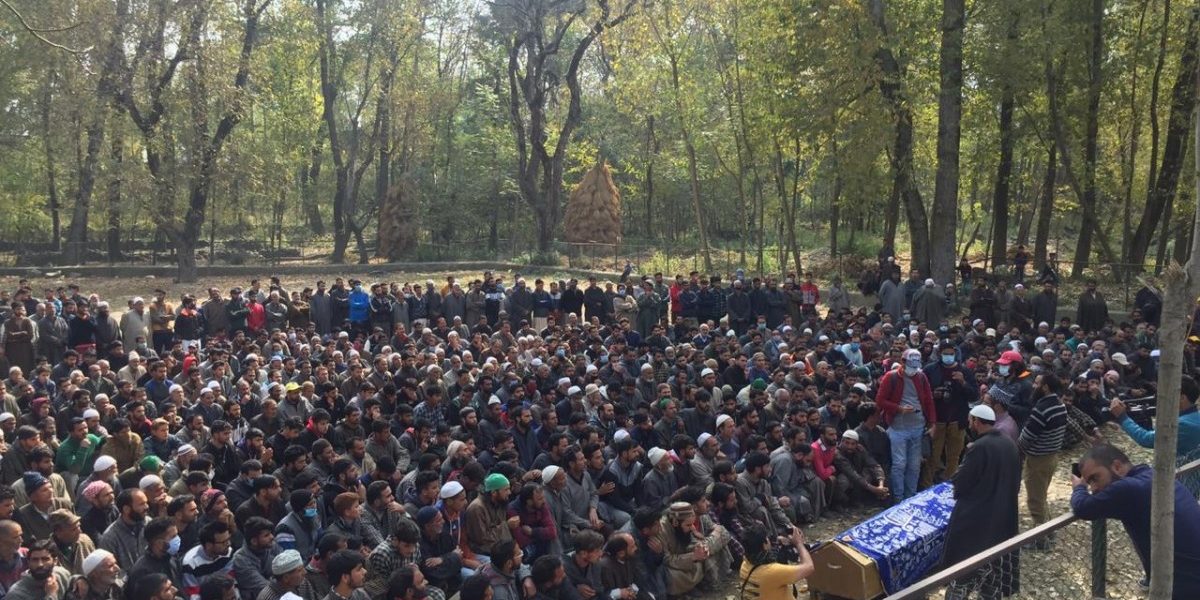 Family and friends at the funeral of Umar Hajam, a BJP worker killed in a militant attack on Thursday, October 29, 2020 in Jammu and Kashmir's Kulgam town. Photo: Quratulain Rehbar

Kulgam (Jammu and Kashmir): Few metres away from Eidgah in Y.K. Pora Kulgam, which is about 65 kms from the summer capital Srinagar, a blood-stained road had just been washed. It was here three BJP workers had been shot dead by militants on Thursday.

Police have seized the vehicle in which the deceased workers were travelling. The three were identified as Fida Hussain Yatoo (29), Haroon Rashid Beigh (22) and Umer Ramzan Hajam (24).

“They were shifted to a nearby hospital for treatment where they were declared brought dead,” the police said in a statement soon after the attack.

A large number of mourners gathered at the house of Fida Hussain, who served as the general secretary of BJP Yuva Morcha in the area.

Hussain’s family were in deep shock. His mother, Shakeela Bano, was draped in black and devastated. Women who had gathered there tried to console her, but to no avail.

“He was her lone son,” said another woman, who lives in a neighbouring house abutting Hussain’s one-storey building. Hussain’s house which leads to a narrow main road was fully blocked with a steady stream of vehicles and milling crowds.

He was married two years ago. He is survived by his wife, a one-year-old daughter and his six sisters. His wife was sitting in the courtyard, silent.

Although his family members were reluctant to talk about his association with the BJP, his uncle, Bashir Ahmad, spoke to The Wire, “We have no idea about his involvement with the party, but our son was innocent.”

A relative, who asked to remain anonymous, recalled that Hussain had come home to attend his wedding and was unlikely to remain at home during social functions.

The single-storey house of Umar Hajam, another victim, is situated a hundred metres from Hussain’s house. The area is known as Kharpor.

Relatives and neighbours from adjoining areas were similarly in shock as preparations for last rites were underway.

According to his family, Hajam was working part time at a vehicle showroom in Qazigund and would hardly come home. His father, Abdul Rahman Hajam works with the public health engineering department. 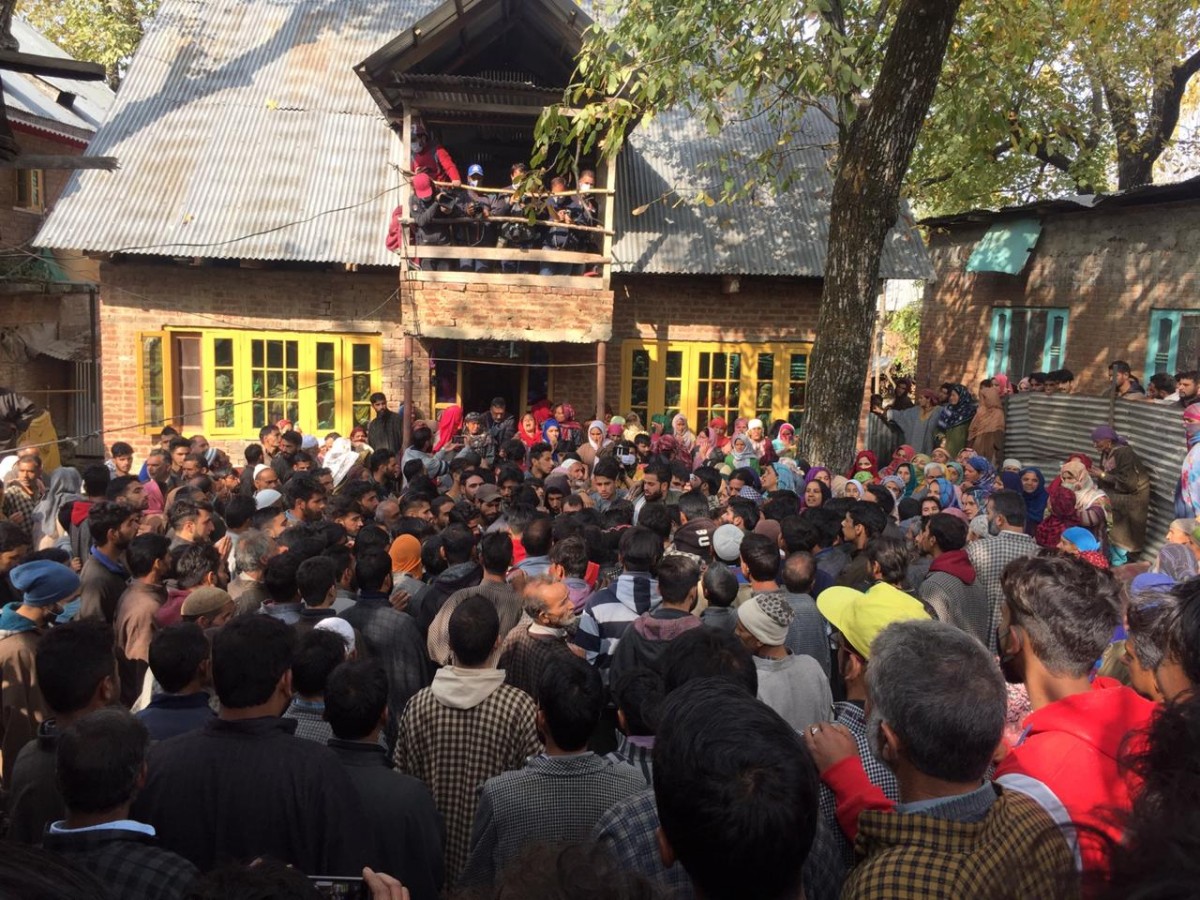 Hajam’s family told The Wire that he arrived home two days ago and left to meet his friends.

“We didn’t know that he won’t come back alive,” said Hajam’s aunt, who lives next door.

He was the lone son of his parents, says Hemal, their neighbour, who recalled that just a day before she had asked Hajam to help her replace the pipe of her gas stove.

“He would usually help me. He was very kind and collected,” she recalls.

Hajam has two sisters, both unmarried.

At around evening prayer time, locals in Reshi Mohalla, heard five to six gunshots on Thursday. They were frightened but could not move out of their homes because, it did not occur to them that someone had been shot. The locals, who live just a few meters from the site, later saw a large number of people, including police, at the site and understood that something was not right.

“This is the first attack on people here. This is very unfortunate. I wish we could have saved their lives,” said a relative of Hussain, who lives in Reshi Mohalla.

According to her, on Friday, the area was surveyed by the army. “They were taking down the details of families in this locality,” she recalls.

The area has been witnessing a large presence of security forces, including top officers. At around noon on Friday, BJP president for Jammu and Kashmir and Ladakh, Ravindra Raina, also arrived at Y.K. Pora to meet the bereaved families.

“These workers sacrificed their lives for the tricolour and this country. Their blood will not go to waste,” Raina said.

Talking about the incident, inspector general of police, Vijay Kumar, said militants from the Lashkar-e-Taiba (LeT) and The Resistant Front (TRF) came in a vehicle and resorted to indiscriminate firing at BJP youth leader Fida Hussain and his two colleagues.

According to him, police had already provided protection to slain BJP youth leader Fida Hussain.

The top police official added that militants behind the killings have been identified, as Nisar Ahmed Khanday and Abbas Shiekh.