Though Modi has visited the United States six times since 2014, this is the first time his presence in the US has been met with such vociferous protests. 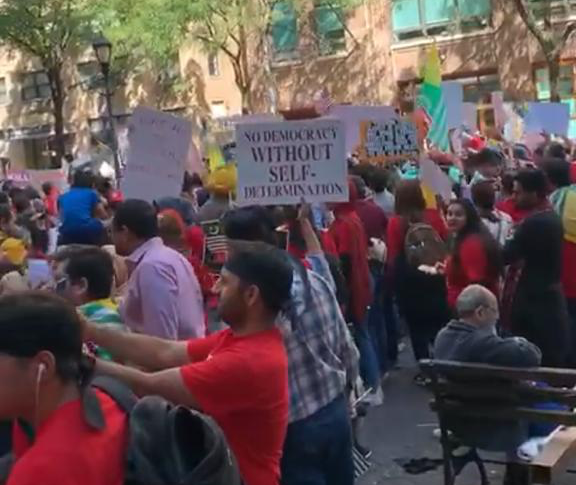 New Delhi: Thousands of South Asians and concerned North Americans staged a rally in front of the UN headquarters as Indian Prime Minister Narendra Modi addressed the UN General Assembly of the United Nations on Friday.

Those who gathered said they had come to oppose what they described as an undeclared Emergency in India, the “military occupation” of Kashmir, the lynchings of Dalits and Muslims, ongoing violence against women, the violation of the rights of workers, farmers, adivasis and minorities.

Mobilised by a range of South Asian community organisations, they came from the US’s northeastern corridor around New York and from further afield, participants told The Wire.

Though they were from diverse political affiliations and persuasions, they carried banners broadly opposing the violation of rights in India. 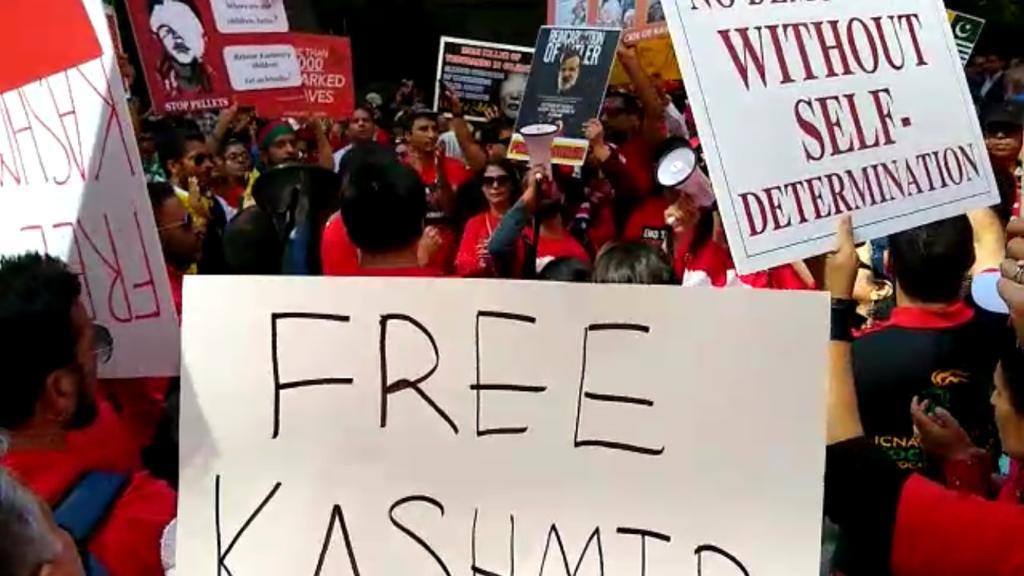 The Indian government’s decision to revoke Jammu and Kashmir’s special status and subject the people of the Valley to a communications blockade – now in its 55th day – has been the subject of intense discussions within the Indian and South Asian diaspora in the US.

Though Modi has been prime minister for over five years and has visited the United States six times since 2014, this is the first time his presence in the US has been met with such vociferous protests.

Also read: Why We, as Hindu Americans, Are Opposed to Modi’s Undeclared Emergency

In a press release, one of the organisations that protested, the Coalition Against Fascism in India (CAFI),  said that the Modi government had been “orchestrating a pogrom of hate and violence against Muslims and Dalits in India,” and had “disenfranchised seven million Kashmiris”. Referring to the NRC exercise, the statement added that the Modi government had “rendered nearly two million people stateless in Assam and is building detention centres to imprison them”.

A panorama shot of the protest. Photo: Special Arrangement

Assistant professor at Rutgers University and historian of medieval India Audrey Truschke also joined the protest and addressed the gathering.

The world fights back.