There Is No Justification for Violating a Prisoner's Dignity

Jail is a place of safe custody and jail power is meant for healthy discipline and correction, not for misuses that serve malicious ends. 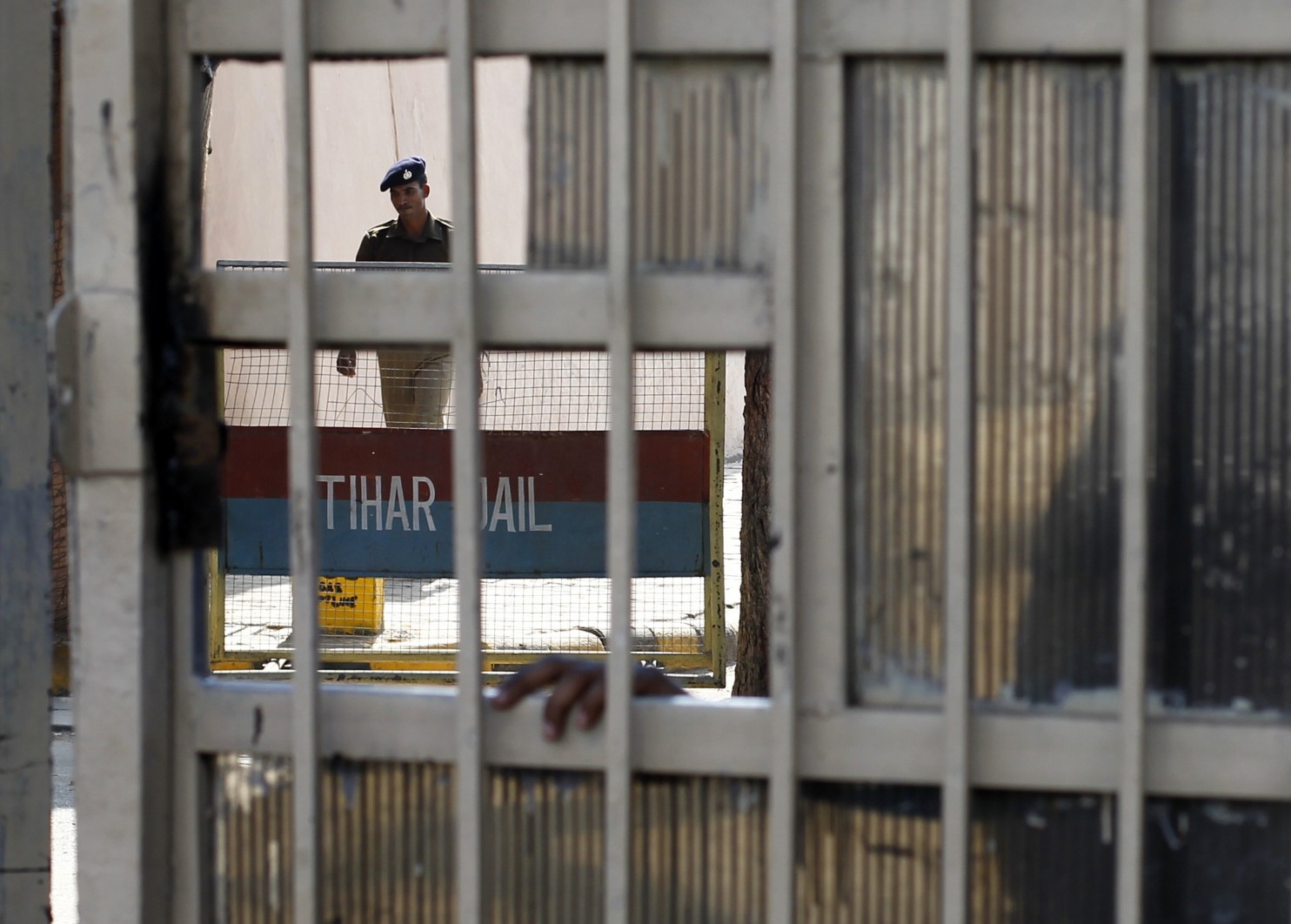 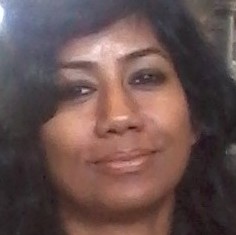 The complaint by an undertrial Muslim prisoner Nabbir from Tihar, has been in the news for its shocking and horrific nature. The April 17 complaint concerns the denial of food to the undertrial prisoner by the jail superintendent during Navratras, being taunted, beaten, and branded on the back with the Hindu symbol ‘Om’ following a grievance about dysfunctional cooking systems.

The court ordered the prisoner’s transfer to a jail with different supervision, a medical examination of the prisoner’s wounds, CCTV footage and other evidence to be collected, and directed the DGP Prison, Headquarter, Tihar, to conduct an inquiry into the matter. The findings of the recently submitted inquiry report are still unknown.

It is significant that the National Human Rights Commission (NHRC) has also taken suo motu cognisance of the incident, particularly as the UN Standard Minimum Rules for Treatment of Prisoners (Nelson Mandela Rules) call for a prompt and impartial investigation by an independent national authority in such cases (Rule 57(3)). Moreover, the Prison Statistics India, 2016 reports that complaints from prisoners or on behalf of prisoners to the NHRC alone have gone up by 11.9% from 2015; from 268 to 298 complaints, the maximum being from Delhi (52).

Serving food at the usual hours and ensuring the dignity of inmates are minimum standards of treatment upheld under Indian prison laws, the Supreme Court judgments, as well as the Nelson Mandela Rules. The Delhi Prisons Rules, 2018 state that every prisoner shall have three meals a day (Section 337), the Superintendent and the Medical Officer shall apply utmost vigilance to the distribution of food supplies (Section 355), any complaint regarding food shall be enquired into on the spot and must be communicated to the Superintendent for verification of its validity and his orders recorded. (Section 368).

Jail punishments can only be given for something that constitutes as a jail offence. Both offence and punishment must be entered in the punishment book. Importantly, punishments must be authorised.

Also Read: Why We All Need a Reminder About Prisoners’ Rights

Voicing a complaint about food finds no mention under the List of Offences in the Delhi Prisons Act, 2000. The UN Rules state that safeguards should be in place to ensure that a prisoner can make a request or complaint safely without being exposed to any risk of retaliation, intimidation or other negative consequences (Rule 2); every prisoner shall have the opportunity each day to make requests or complaints to the prison director or the prison staff member authorised to represent him or her (Rule 56(1)).

The UN Rules prohibit corporal punishment or the reduction in a prisoner’s diet or drinking water (Rule 22(1&2), Rule 43(d)) – in keeping with its primary principle that all prisoners shall be treated with the respect due to their inherent dignity and value as human beings protected from torture and other cruel – prohibits inhuman or degrading treatment or punishment, for which no circumstances whatsoever may be invoked as a justification (Rule 1). Even the colonial Indian Prison Act, 1894, forbids a penal diet or any other jail punishment without a medical examination (section 50). Inmate Nabbir with the Om symbol branded on him. Credit: Twitter/Utkarsh Anand

Imposing a coercive “fast”, particularly on a religious occasion falling outside the prisoner’s beliefs, taunting him on religious lines, beating, and branding him like an animal with the Hindu symbol ‘Om’, not only violates jail obligations of care in custody but completely exceed the scope and nature of punishments permitted to jail superintendents under the Delhi Prisons Act, 2000 (sections 47 &48).

Section 47 allows jail superintendents to give warnings, forfeit remissions, not count period of parole into a sentence, stop recreational facilities, segregate or order solitary confinement. Section 48 limits these powers with procedures, permissions and time limits. The alleged punishments in this case, therefore, are illegal, unreasonable, cruel and degrading.

They are also “unusual” de-humanising punishments and not only violate Article 21, but by being akin to forced conversions intended to shame and diminish, fall foul of Article 25(1) of the Constitution, and also violate section 46(18) of the Delhi Prisons Act, 2000 which lists as a prison offence, “converting or attempting to convert a prisoner to a different religious faith or willfully hurting other’s religious feelings, beliefs and faith”. In this case, the concerned jail superintendent is allegedly guilty of an offence which he is himself supposed to prevent.

What is branding but a defacement intended to make forever unforgettable both the “difference” that cannot be escaped and the presence of the “master” even in his absence? In 2013, a prisoner from Dasna jail in Uttar Pradesh revealed to court the branding of the deputy jailer’s initials on his back – an illegal, inhuman punishment for refusing to pay a bribe. But the Tihar branding incident is uniquely malevolent in its use of the Hindu symbol of peace and precisely for that reason, makes the act unspeakable, and the courage of the prisoner, exemplary.

Also Read: The Successful Reformation of Prisons in Telangana

According to jail authorities, the prisoner was charged under MCOCA (Maharashtra Control of Organised Crime Act), the Arms Act and murder, a dangerous criminal, a repeat offender and habitually breaks prison rules. But no matter the charges, every prisoner is vulnerable behind bars, and no prisoner is excluded from the right to safe custody, the right to express grievances or the protection from cruel, degrading and inhuman treatment. It is therefore extremely vexing to hear reports of the prisoner being pressurised to withdraw his complaint.

In the 1979 landmark case of Sunil Batra vs Delhi Administration, the Supreme Court categorically affirmed prisoners to be “persons”. It directed grievance redressal systems to be available to all prisoners. It further declared, “if the prisoner breaks down because of mental torture, psychic pressure or physical infliction beyond the licit limits of lawful imprisonment, the Prison Administration shall be liable for the excess”.

More recently, in its September 15, 2017 order in the suo motu matter, Re-Inhuman Conditions in 1382 Prisons, the Supreme Court included “psychological harm” into the meaning of custodial violence along with “harm to bodily integrity” sending the message out loud and clear that “the dignity of the individual is not a plaything for those in authority…” and that “…there must be a greater degree of sensitivity among those in authority with regard to persons in custody…”

While prison rules specify punishment, lock-up hours and security based on offence and conduct, they also specify the limits of jail power. Sections 48, 49 and 51 of the Delhi Prisons Act, 2000 lay down where jail power stops and that of the court begins.

Except by order of a court of law, no punishment other than what is specified under sections 47 and 48 shall be inflicted on any prisoner and only in accordance with their provisions (section 49). However, no punishment shall be imposed without judicial appraisal of Session’s judge (section 48(3)). In case of serious or repeated misconduct by a prisoner facing trial, the Superintendent must intimate the trial court (section 48(4)).

In cases where listed punishments may appear inadequate for oft-repeated prison indiscipline, the jail authorities must forward the prisoner, together with a statement of the circumstances, before the Chief Metropolitan Magistrate or Metropolitan Magistrate, who after inquiring into the charges may decide the jail punishment up to a maximum of one year imprisonment or any punishment under section 47 (section 51, Delhi Prisons Act, 2000).

Also read: A Life Sentence That Takes Away Much More Than a Life

Jail is a place of safe custody. Jail punishments must serve a penological purpose and must satisfy procedural norms. Jail power is meant for healthy discipline and correction, and should not be misused to serve malicious ends or advance cultural domination. The prisoner has spoken truth to power.

Let us hope that the inquiry report of the Tihar administration is a moral-legal response to accommodate it diligently, in keeping with the requirements of minimum standards, constitutional guarantees, Supreme Court judgments and prison procedures, not to mention, its own legacy of prison reforms.

Sana Das is an independent consultant on criminal justice reforms.