The World is Already Recognising Refugees from the 'Hindu Rashtra' 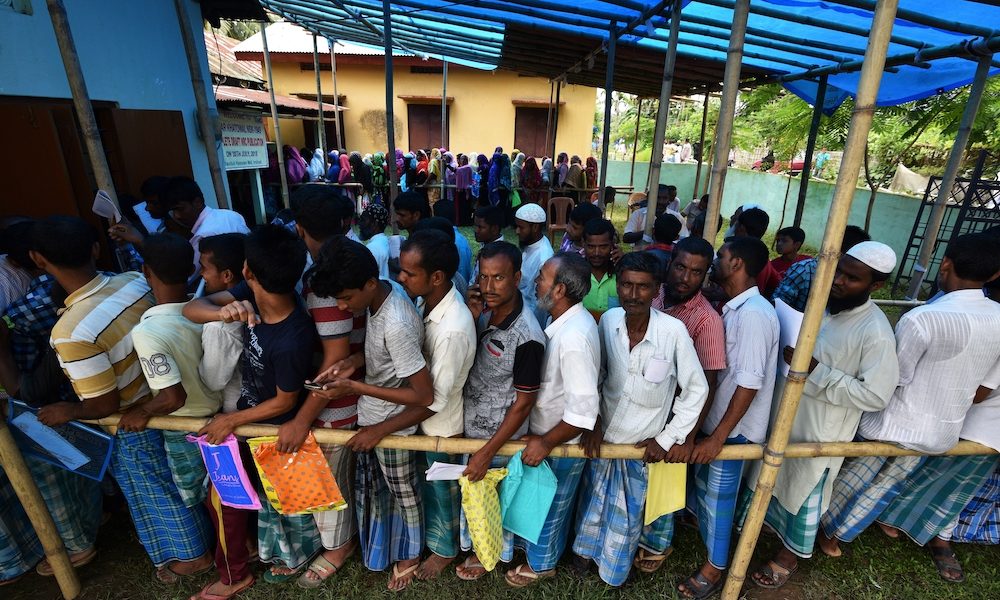 Defenders of the Citizenship (Amendment) Act (CAA) argue that it sits well with India’s “humanitarian values.” They claim it provides a durable solution for “persecuted” religious minorities, including refugees, from neighbouring Muslim-majority countries. However, in addition to ignoring India’s chequered history of refugee protection, they fail to recognise that the discriminatory nature of the CAA and the crackdown on dissent are signs that a growing number of Indians themselves face persecution.

In international law, persecution – serious harm arising from the sustained or systemic violation of human rights and an inability to obtain protection from the state – is a key requirement to determine who is a refugee. The number of Indians seeking asylum and being recognised as refugees is on the rise.  Recent case law from several countries of asylum indicates that Indians who have left the country fearing persecution linked to the rise of Hindu nationalism are already being recognised as refugees. This profile of Indian refugees will only grow as the state morphs into a de-facto Hindu Rashtra.

Speaking at the Global Refugee Forum in Geneva last month, Pakistani Prime Minister Imran Khan warned that India would be the source of the “biggest impending refugee crisis.” To support his argument, he referred to the adoption of the CAA; the 1.9 million potentially stateless people left out of the National Register for Citizens (NRC) in Assam; and the revocation of Article 370 and lockdown of Kashmir. Khan suggested that these developments could trigger a proportion of India’s Muslim population to leave the country, including to Pakistan. Khan’s observations are not entirely novel – parallels have been drawn between nationalist projects in Assam and Kashmir and those in Myanmar and Palestine which have triggered mass displacement.

Of course, India’s Permanent Representative to the United Nations in Geneva was quick to dismiss Khan’s speech as “alarmist” and “gratuitous.” While many of us would like to believe our representative, the fears expressed are not without basis.

Although there is no indication of a refugee crisis yet, the extent to which the rise of Hindu nationalism will impact forced migration flows from India, particularly to neighbouring countries, remains to be seen. UNHCR statistics though suggest that more and more Indians are seeking asylum and are being recognized as refugees. In 2018, there are currently 9,602 refugees and 51,812 pending cases of asylum seekers from India. When compared to UNHCR figures from 2016, there was a 46% increase in the number of Indian asylum seekers, and a 24% increase in the number of Indian refugees. National statistics from countries of asylum including the United States, Canada, Australia, and New Zealand also show the number of Indian asylum seekers and/or refugees is on the increase.

So why are Indians seeking asylum? The reasons vary and intersect. Guidance issued by the UK Home Office in 2013 provides an insight into some of the long-standing refugee claims from India. They range from Sikh separatists, religious minorities, populations impacted by insurgencies, to women at risk of gender-based violence and LGBT people. In the United States, observers suggest that asylum seekers from Punjab alone have left India for reasons as diverse as the economic decline, drug epidemic, environmental degradation, and political violence. The majority of Indians seeking asylum though are not recognized as refugees. Often it is ruled that the harm they face does not amount to persecution, their claims are not credible, or that they will be able to relocate to a part of India where they are not at risk.

Where then does Hindu nationalism figure in refugee claims from India? Refugee case law from the past two years provides an insight into the minority of Indian refugee claims which are being recognised. Amongst the recognitions in Australia, Canada and New Zealand are Indians who fear persecution related to the rise in Hindu nationalism. These profiles range from Hindu converts to Islam and Christianity, Muslims involved in the beef slaughter industry, and LGBT people.

In Canada, an Indian refugee from cow vigilantes

Canada’s Immigration and Refugee Board granted refugee status to a Muslim man from Maharashtra working in the beef industry who feared harm from cow vigilante groups. In reaching its decision, the board reasoned that “vigilantes may be acting in the name of cow protection, but that be separated from the reality that their actions are inextricably linked to religious intolerance that disproportionately affects Muslims.” Critically, the board recognised the BJP-led government’s role in aggravating the risks facing the claimant:

“[S]ince the BJP party rose to power in India in 2014, cow vigilante groups have become more active and that their actions appear to be tacitly, and even openly, condoned by the government and by police.”

The board’s reasoning also suggests that Muslims and those involved in the beef industry who face particular risks may be recognised as refugees in the future:

“[T]he general climate in India for Muslims and those involved or suspected of being involved in beef slaughter has significantly deteriorated since the [Prime Minister] Modi and the BJP rose to power, and that violence and other forms of discrimination against these groups are increasing steadily.”

Australia’s Administrative Appeals Tribunal (AAT) recognised the claim of a Sikh woman who converted to Islam and married a Muslim man. She feared harm from her family and society at large. In reaching its decision, the tribunal relied on information which suggested that a hostile climate towards interfaith marriages was created in part by groups affiliated with the government:

“Since the election of the Modi government in May 2014, Hindu right-wing groups that claim proximity to the BJP have stepped up social pressure and violence against inter-faith marriages involving Hindus.”

Australia’s AAT also recognized the case of a gay man who feared harm from his family with connections to the BJP and RSS. The tribunal concluded that:

“[T]he views of the BJP and conservative elements of the Hindu community towards marriage and homosexuality generally, and prevailing social pressures in India on marriage and procreation, the Tribunal accept that the applicant holds a genuine subjective fear of serious harm in India from his family, community and the authorities on the basis of his sexuality.”

In New Zealand, Indian refugees who converted to Christianity

New Zealand’s Immigration and Protection Tribunal recognised the claims of a Kerala family which converted from Hinduism to Christianity and feared harm from various groups affiliated with the BJP, including the RSS. Critically, the tribunal drew a distinction between protection available to minorities in the constitution and law and the socio-political context:

“Notwithstanding constitutional protections for religious freedom and laws…which express protections against communal violence and guarantees life and security for all citizens, country reports indicate that respect and security for religious minorities, including Christians, has deteriorated over the past four years since Prime Minister Modi and his BJP party were elected in May 2014, promoting a Hindu-nationalist agenda.”

These cases are amongst the minority of refugee decisions which are published worldwide – cases from other countries of asylum with a large number of Indian claimants often go unpublished.

While it is difficult to ascertain the extent to which Indians have fled the country due to risks associated with the rise of Hindu nationalism, it is clear that official decision-makers abroad have started accepting claims of this profile. Notably, all the refugee claims cited were filed prior to the adoption of the CAA, the publication of the final NRC list for Assam, and the abolition of Article 370 in Kashmir. With reports of police brutality and mass arrests targeting activists and Muslims, the construction of detention centres for those who fail to make the NRC, and the stifling of freedom of speech in Kashmir, the number of Indians being recognised as refugees on the basis of risks associated with rising Hindu nationalism will only grow. If humanitarian values and protection of the persecuted were priorities as advocates of the CAA suggest, this would not be the case.

Suraj Girijashanker is Assistant Professor at Jindal Global Law School and a specialist in International Refugee Law. He previously worked with UNHCR offices in Egypt and Turkey.