Since the Panchayats (Extension to Scheduled Areas) Act was passed in 1996, it has remained a dead letter in Gujarat. 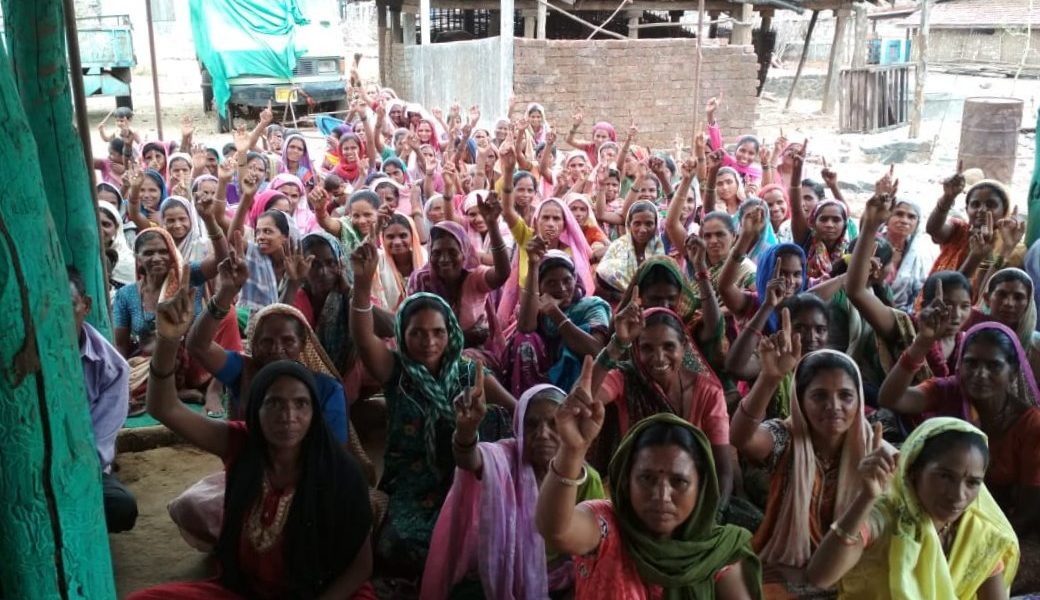 A vote-taking exercise underway at a gram sabha in Bilmad. Source: Authors provided

But two hours before it was scheduled to begin, the talati (panchayat secretary) served a notice from the gram panchayat to the villagers. “The notice stated that the Gram Sabha could not be conducted since it was not organised in consonance with the Gujarat Panchayati Raj Act, 1993. There was no mention of PESA in the notice,” said Gulabbhai Pawar, a resident of Bilmad and designated chair of the gram sabha.

PESA was enacted in 1996 and extends to the Schedule V areas of 10 States: Andhra Pradesh, Telangana, Chhattisgarh, Gujarat, Himachal Pradesh, Jharkhand, Madhya Pradesh, Maharashtra, Odisha and Rajasthan. A committee formed under the leadership of Dilip Singh Bhuria recommended a law furthering self-governance and autonomy in these areas.

The Bhuria Committee, highlighting the dispossession and exploitation suffered by the tribals over the decades on account of their “simplicity and ignorance”, recommended the formulation of such a law. The draft model rules were framed under the Act in 2009 and were circulated to all Schedule V area creation the state-specific rules. However, thus far, only seven states – Andhra Pradesh, Telangana, Chhattisgarh, Himachal Pradesh, Maharashtra and Gujarat – have notified their state PESA rules. 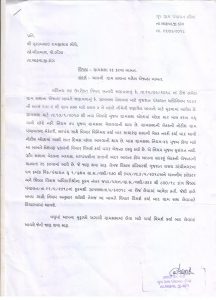 The cancellation notice served to the residents of Bilmad. Click to enlarge. Source: Authors provided

Since the law was passed in 1996, it has remained a dead letter in Gujarat. Its Schedule V areas in Surat, Bharuch, Dang, Valsad, Panchmahal, Vadodara and Sabarkanta. Overall, tribals make up 14.8% of the state’s population. The Gujarat government formulated rules to implement the Act in January 2017.

Under Section 4 (c) of the Act, every village should have a gram sabha consisting of persons whose names are on the electoral rolls for the panchayat at the village level. The gram sabha is the fulcrum of local governance in Schedule V areas under PESA, and are endowed with such powers and authority as to enable them to function as institutions of self-governance. Further, Section 4 (d) specifies that “every gram sabha is competent to safeguard and preserve the traditions and customs of the people, their cultural identity, community resources and customary modes of dispute resolution.”

The agenda of the gram sabha in Bilmad included the formation of the forest rights committee, various other committees under PESA and developmental activities in the village. The notice mentioned that this agenda, however, had not been drafted in consultation with the sarpanch and the secretary of the gram sabha. It further added that the gram sabha in accordance with Rule 278 (A) of the Panchayat Rules, had already been organised for this quarter by the gram panchayat.

The undue – and illegal – reliance on the Gujarat Panchayat Act 1993 gives rise to other problems with implementing the law,  centred on the definition of a ‘village’. Under PESA, the gram sabhas are to be established and conducted for every village. The village itself is defined as any traditional habitation, hamlet or settlement. But since 1993, the Panchayat Act has since established ‘group gram panchayats’: a single panchayat covering between two and five villages with one sarpanch. For example, in Meghraj block, Aravalli district, the group panchayats system has resulted in around four villages being grouped into a single governance and administrative unit. This contravenes PESA and throws up significant hurdles.

The Kadvadi group panchayat, which consists of two administrative villages (which in turn have several hamlets), has a combined population of roughly 3,500 persons eligible for participation in the gram sabha. Both constituent villages are spread out over roughly 7 km each. With so many people across such a large distance, the gram sabha is meaningless. The significant powers devolved to the gram sabha remain merely in the letter of the law since it is next to impossible to conduct an effective gram sabha of a few thousand people at once. Recognising this, PESA redefined villages – but this crucial aspect has been completely ignored by the state.

Our discussions after repeated attempts at a meeting with the Taluka Development Officer (TDO; elsewhere known as the Block Development Officer) revealed that the block-level administration had already carried out gram sabhas in all villages. This meant that all the group panchayats had held gram sabhas of the entire group. In these sabhas, the committees to be established under the PESA Rules of Gujarat were set up – again, at the group panchayat level, not at a village, hamlet or settlement level. While this is in consonance with the Panchayats Act, 1993, which does not recognise smaller units of governance beyond the group panchayat, it is in patent violation of PESA, which does.

Violating the letter and spirit of PESA

An important feature of constitutional provisions under the Fifth Schedule is that the legal and institutional framework for the tribal areas is expected to be designed such that it is in keeping with the habits of the people and institutions in these areas. The Gujarat PESA Rules are a mere copy of the Gujarat Panchayati Raj Act 1993, which authorises the sarpanch and the secretary of the gram panchayat responsible for organising the gram sabha meetings. This is directly opposed to the ethos of PESA, which provides the gram sabha the power and the autonomy to manage the village’s affairs.

The law required that the Panchayati Raj Acts of various states be amended or repealed to make them PESA-compliant within one year since the implementation of PESA. However, the extant panchayat laws are distant, impersonal and allow for the state to maintain executive control over village affairs through the sarpanch and the talati. As such, they run counter to the foundational principle of self-governance on which PESA stands.

As the Pathalgarhi Movement has underscored, given the systematic dismantling of Schedule V areas by the state, the responsibility of asserting their constitutional right of self-governance rests on the Adivasi community.

The residents of Bilmad proceeded with the Gram Sabha – “despite the notice served upon it, in accordance with the spirit of PESA,” said Pawar – and subsequently passed resolutions on the various issues on their agenda.

The authors would like to think Minaxi Patel, Ramesh Dhoom, Hansa Suvera (all associated with the Centre for Social Justice) and Gulabbhai Pawar for their help.

Nikita Sonavane and Tanay Gandhi are research fellows at the Centre for Social Justice, Ahmedabad. Their work revolves around the Forest Rights Act and the Panchayats (Extension to Scheduled Areas) Act in the Scheduled Areas of Gujarat.