The Flags We Should Have Raised This Independence Day

On the 75th anniversary of India’s Independence, we, as responsible citizens, should have been flagging the issues of hunger, dwindling health parameters, poverty and lack of quality education which make many of our fellow citizens less free. 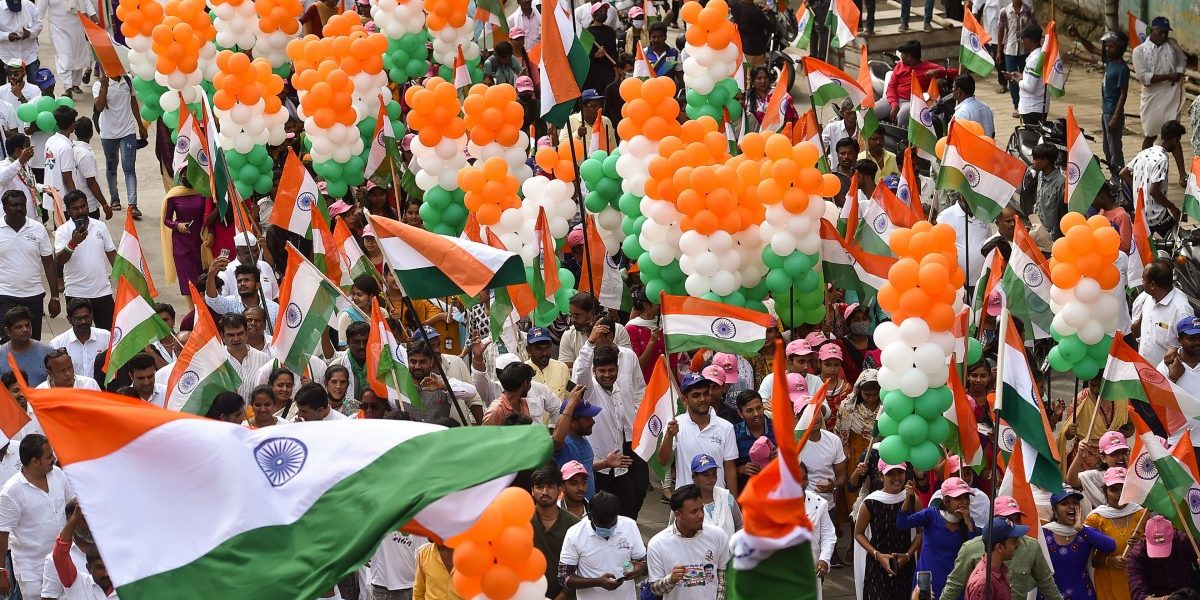 In the run up to the 75th anniversary of India’s independence, the prime minister asked citizens to use the tricolour as a display picture (DP) across our social media profiles.

I could not help but think about the prime minister’s message when farm labourer Ram Prasad (name changed), 68 years of age, blind in one eye, with no children, came to my clinic a few days ago. He had been living on the street outside our hospital and was suspected to have bone cancer.

As a means of surveillance and for easy follow-up we note down the phone numbers of all cancer patients coming to our clinic. Ram Prasad had no phone. His wife, who was in the village as she was too weak (and blind) to accompany him, also didn’t have a phone. No phone, no WhatsApp, no Twitter, no Facebook. Except for his body, which was falling apart, the old man had nowhere else to display the tricolour. Ironically, he was wearing a T-shirt with uncle Sam in a big hat and the words “God bless America” written in the colours of the American flag.

Also read: Indian Economy at 75: Much Progress But Lingering Doubts Over Development Model

A sick Ram Prasad represents exactly what is wrong with the notion of displaying the tricolour as a mark of nationalism. As an abstract idea, nationalism has always been dependent on symbols. It works well only when it is visual, theatrical or loud. A competitive pursuit of nationalism is the most reprehensible proposition a nation and its leaders can promote. Such a pursuit is not only vulgar but can be outright dangerous because in societies like ours, where religion and caste play a dominant role in identity, nationalism can be a tool in the hands of those who are judgmental of the identities of others.

Who is to decide how nationalist I am? Vociferously displaying symbols of nationalism like the tricolour cannot gauge the extent of my feelings towards my country. I am definitely more than a ‘citizen with a flag in my DP’. For a significant number of Indians, identity – with or without a tricolour as DP – is a vulnerability. To add nationalism as a measure of that identity is a call for chaos. Having said this, nationalism and its symbols remain the most potent of all emotions known to the modern state, whether democratic or authoritarian.

In On Nationalism, Eric Hobsbawm writes, “I remain in the curious position of disliking, distrusting, disapproving and fearing nationalism wherever it exists… but recognising its enormous force, which must be harnessed for progress if possible.”

To believe that nationalism can be used to harness the progress of nations is even more tricky. Countless examples can be given from around the world.

Of all the symbols of nationalism, the flag is perhaps the most ubiquitous, although cultural artifacts, poems, songs and even cinema have been effectively utilised to that end. The absoluteness of nationalism, like that of religion, is devastating. A common identity, language and culture is the hallmark of nationalism.

Unfortunately, nationalism is never a call for healthy assimilation. Across post-colonial history, the only way that a “common culture and language” could be achieved has been through forced cultural assimilation. Monoculture and ‘monoethnicity’ lie at the heart of competitive nationalism.

Consider the circumstances in which we are being exhorted to mark the 75th anniversary of India’s Independence with a public display of the tricolour to create a highly charged atmosphere. The year gone by has exposed our complete inability as a nation to safeguard the lives of our citizens in the midst of a devastating pandemic. Our dwindling health parameters, hunger indices and disease-induced impoverishment are a matter of shame. We continue to be a nation with rising economic inequalities, unprecedented unemployment and inflation.

So, besides displaying the flag, what else should we have done this Independence Day as responsible citizens? What should we do now?

We should flag the grave issues that face us as a nation. Let us raise a red flag of warning for the dwindling healthcare services, the pervasive social divisiveness, disharmony and hate. Let us raise a red flag for the unmatched unemployment and rampant privatisation of state resources. A red flag for hunger, price rise, poverty and lack of quality education, for all that makes many of our fellow citizens ‘less free’.

We need to locate ourselves outside the realm of identity. No nation is a nation without its people and people need to be taken care of. No nationalism should be bigger than the people who constitute that nation.

Before expecting Ram Prasad or his wife to shout a nationalist slogan, tricolour in hand, we need to put our hands across our hearts and ask ourselves – what has the nation contributed to his life?

Rhetoric is not a solution, theatrics is not a remedy. Millions of Ram Prasads – illiterate, starved, jobless and ill – populate our landscape. A true celebration of Independence would only be possible when they populate the collective imagination of all those who are today seduced by the symbols and slogans of nationalism our leaders have conveniently served up.

Shah Alam Khan is a professor at the Department of Orthopaedics, All India Institute of Medical Sciences, New Delhi.