Families of those killed have claimed that the men's bodies did not have bullet injuries, but looked like they had been severely tortured. 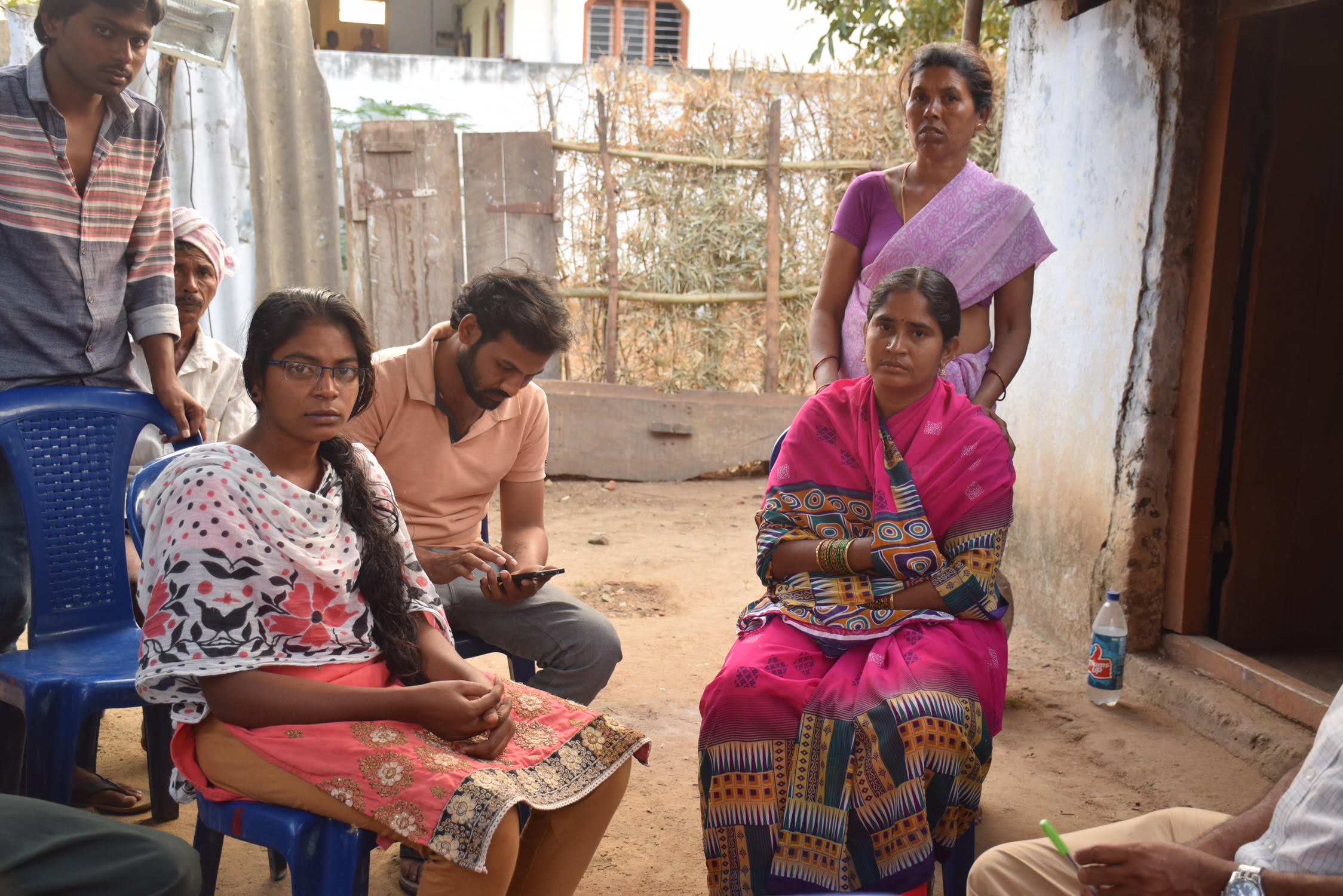 Nunawath Arjun’s sister Swati (sitting left) and his aunt Chandini Islawat (sitting on the right) have alleged that he was tortured before he was killed. Credit: Sukanya Shantha

Bhadradri Kothagudem (Telangana): There was nothing unusual in Nunawath Arjun’s phone call to his family on Wednesday (December 13) afternoon. Twenty-two-year-old Arjun had called his aunt, Chandini Ishawat, to exchange pleasantries and discuss the new workplace that he had joined only a few days ago. “He said he was earning well, Rs 400 per day. He told me there were eight of them working together,” Chandini said.

But the following day, Arjun – along with seven others – was killed in an alleged encounter with the police in the Tekulapally forest of Telangana’s Bhadradri Kothagudem district. Police recorded his ‘alias’ name as “Naveen”, but his family say they have never heard it.

“He lived with us and worked as a tractor driver who transported wood and bricks within the village. He earned a decent sum, even upto Rs 8,000 in some months. Months when he did not have work, he would set out in search of jobs. He had gone this time too. It was a common, there was nothing unusual,” his 18-year-old sister (and only sibling) Swati said. Arjun was the only earning member in the family. He lost his mother at a very young age and his father, Kishen, has been bedridden for years.

On Thursday, a sub-inspector (SI) from the Bhadrachalam police station came to the Lambada tanda (a hamlet comprising Lambada tribe members in the village) in Sarapaka village, looking for Arjun’s family. “The SI came looking for us at around 2:30 pm. We immediately rushed to the hospital. We were able to take a close look at Arjun’s body lying lifeless at the Kothagudem government hospital before the post mortem was conducted,” claimed Chandini. She, along with her husband and three others, had accompanied the SI to the hospital. Chandini alleged that the body was in a terrible state, with deep gashes on the forehead and chest. Arjun’s feet were allegedly twisted to a side, and arms and jaw were broken, she said. “His face looked as if it were beaten with some hard object. It was severely mutilated. He was killed in a cold-blooded fashion and later it was shown as encounter death,” Chandini alleged.

The family further claimed that the body showed no bullet marks. “We inspected the body closely to look for bullet marks on it, both at the hospital and after getting it home for the cremation. Bullet injuries could not be found,” said Yesu Bhukya, a neighbour and also a close relative. This claim, however, was refuted by Ambar Kishore Jha, superintendent of police, Kothagudem district. “Each of the eight bodies bore one or two bullets. Since the post-mortem report is yet to be submitted, the preliminary inquest report has ascertained that their deaths were caused due to bullet injuries. More will be known only after we receive the post-mortem report.”

In the dense Tekulapally forest, Jha claimed, nearly 15 “Naxals” were “taking shelter”. “We had received an intelligence input that some 15 Naxals had taken shelter inside the forest. Acting on the information, a team of 20 policemen led by the station house officer (SHO) of Bodu police station was dispatched to the spot. Later, five or six more police men were sent to the spot.” Jha claimed that on finding bags with weapons and ammunition, “revolutionary literature” and a large quantity of foodgrain in an area in the forest, the intelligence inputs received by the police were confirmed and they knew that more than eight armed men had been residing there. However, the local media – also the first to reach the spot post the operation – reported that no tents were built in the area. Leading Telegu news daily Enadu in its Friday state edition reported that no tents, water bottles or cooking vessels were found at the spot.

According to Jha, no officials were injured in the “fire exchange”. “Some suffered bruises, but nothing serious,” he said. Jha also added that the ballistics report is yet to be compiled and the number of bullets fired is unknown. “These reports take some time.”

The families of the deceased, however, have raised serious doubts over the nature of the operation and credibility of the police’s claims. Fifty-five km away from Sarapaka village, in Marigudem village inside the Medamadagu reserve forest area, family members of 35-year-old Etti Seenu had just returned from the crematorium when this correspondent reached their house at 1 pm on Friday (December 15). Rituals were still underway at his house in the Koya hamlet. Mourning women had surrounded his wife Kaushalya; men were seated in the courtyard. Amidst the bereavement, the gathering of over 70 people – men and women from the Koya tribe – also discussed the intricate details of the injuries on Seenu’s body. His cousin Narsimha Rao, the first one to have rushed to the hospital and later arrange for the transport of the body to the village, said that Seenu’s body looked as if it was severely tortured. “His testicles were ruptured and his pants were stained with blood; blood had oozed from his mouth, hands and forehead. His jaw was completely dislodged. He also had deep wounds on his shoulders.” 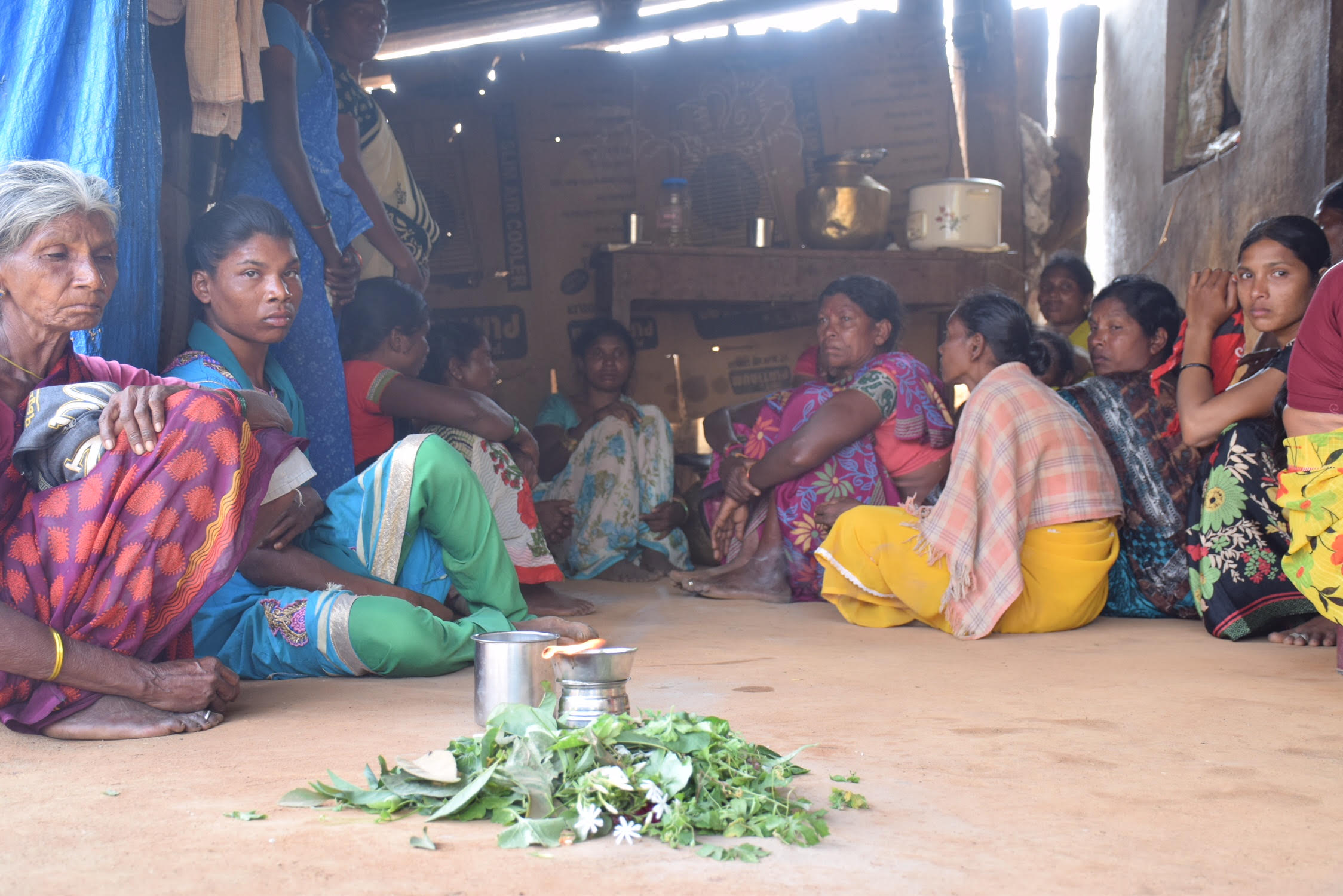 Etti Seenu’s wife Kaushalya and other women mourn his death at his house in Marigudem village. Credit: Sukanya Shantha

The family alleged that Seenu was not killed in the way the police claims – an exchange of fire – but rather was abducted and taken to the spot along with the seven others and killed in a fake encounter. Seenu, according to the police and also confirmed by his family members, had joined the underground Naxal movement six years ago. His family, comprising his wife, two sons and a daughter, relied on the agriculture produce from his 16-acre land in the reserved forest area. Seenu was initially a part of New Democracy, a splinter group of the now-banned Janashakti. Six months ago, however, he had joined the newly-floated CPI-ML (Chandra Pulla Reddy BATA) faction, which is believed to be involved in regrouping “disillusioned individuals” from Janshakti. Bata in Telegu means on the “suggested path”. A relative at the funeral gathering pointed out that Seenu had never been declared “absconding”. “For the past three years, his activities were not underground. He moved around in the area and the police was aware of his movements. Although he had joined the party, he was never involved in any violent activities,” the relative said. Another relative also claimed that Seenu had participated in the village panchayat elections. “He was elected as a ward member from the CPI (Communist Party of India).”

From Seenu’s village Marigudem, he was reportedly the only one to have joined the Naxals. He, according to the family, headed the party in three mandals (a cluster of 20-25 village forms a mandal). “He oversaw party activities in Tekulapally, Lakshmidevipally and Pinapaaka mandals,” Rao said. “But his squad never had any criminal case registered against them in any police station.”

This forest region has been considered a Naxalite stronghold for a decade. Villages in this area, like most parts of Telangana, have motorable roads. Yet they have mostly remained cut off from industrial town of Kothagudem due to the lack of public transport. Villagers, largely tribals, depend on agriculture produce and forest wood to make a living. The only vehicles that ply on these roads are police vans that come for regular patrolling. 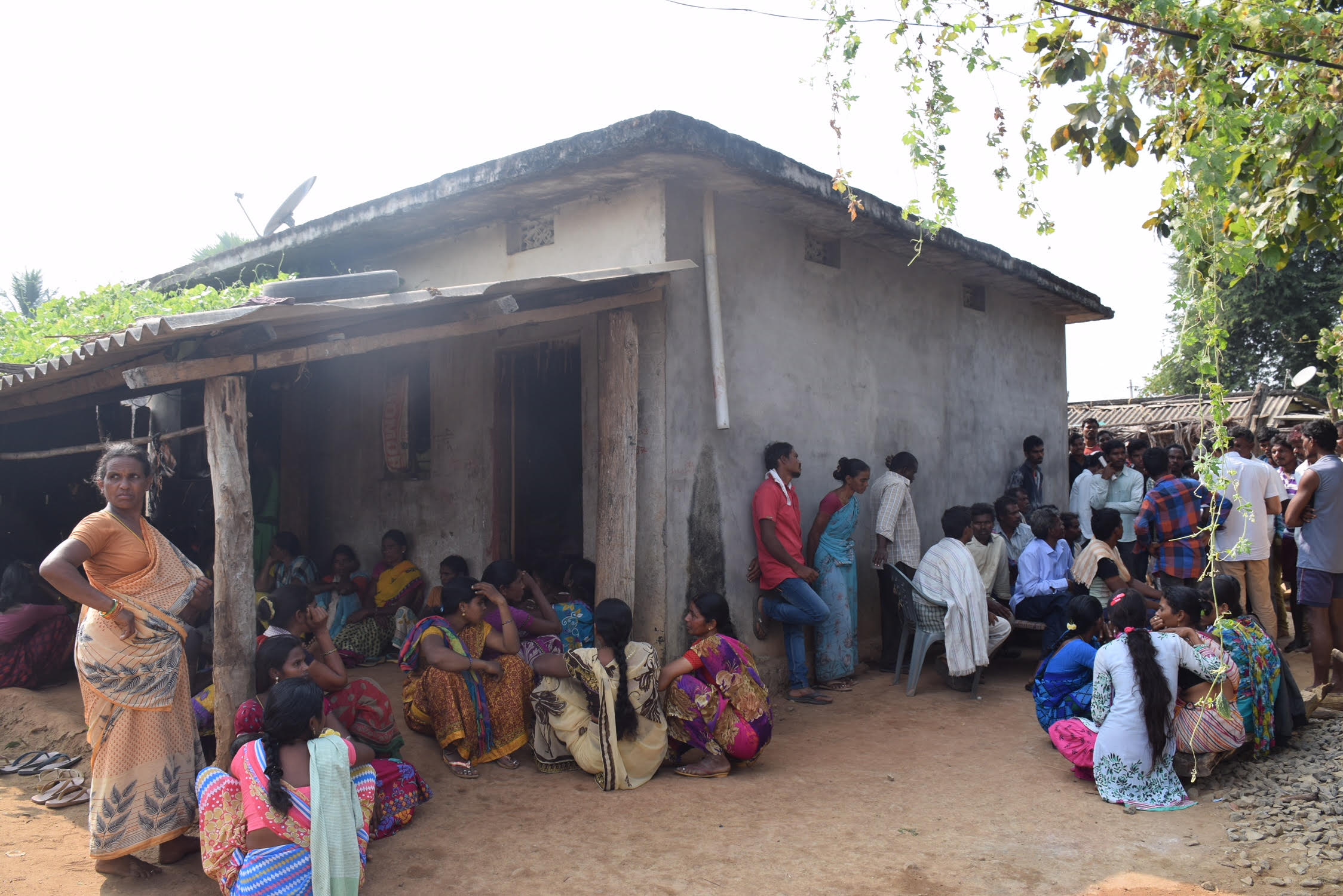 Relatives of Etti Seenu gather at his house in Marigudem village. Seenu was cremated on Friday. Credit: Sukanya Shantha

In Gattumalla village, around 10 km from Marigudem, family members and villagers spoke of the “awaara” (wayward) Battu Adinarayana. “He was a drunkard who created a ruckus in the village,” said a passerby who showed this reporter the way to Adinarayana’s house. At his house, the mood was somber, but no relatives or villagers had gathered. Adinarayana’s body was not even brought to the village, but cremated on the way at 2 am on Friday. “Funerals are an expensive affair. One has to offer liquor and food to the villagers after the funeral. We cannot afford it. So we finished the ritual before coming home,” said Adinarayana’s elder brother Narayana. Belonging to the Dorasetti tribe, Adinarayana’s family has been engaged in agriculture, but he worked for a village contractor as a truck driver. “He was working for Prasad, a contractor from Bagaru Chelka village. Whenever he did not find any work, he would help us in chilly cultivation,” said his sister-in-law. 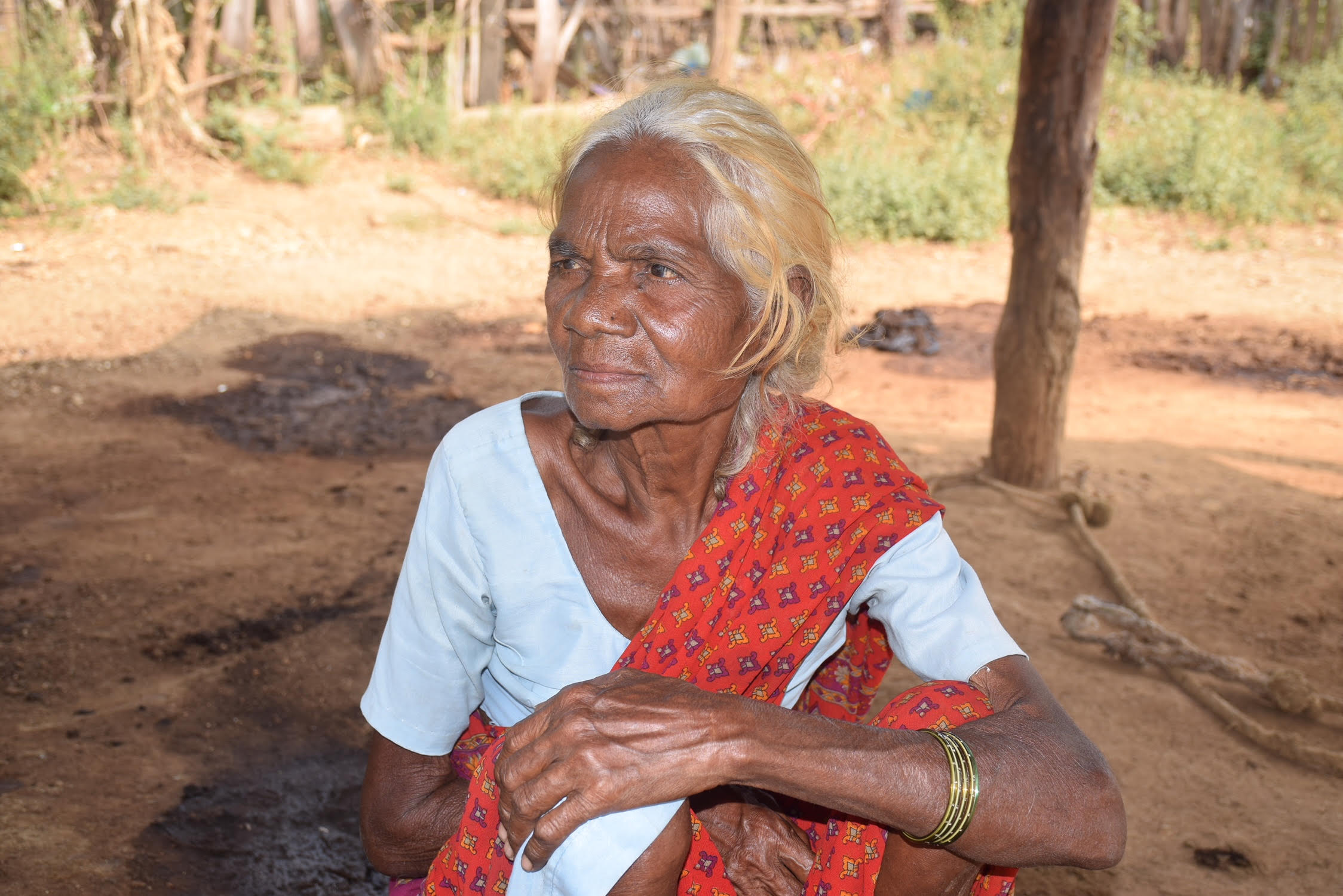 These traits, said Venkata Reddy, a surrendered Naxalite and now a farmer in the village, were quite telling. “No Naxal outfit would want to recruit a man like Adinarayana. He, at the most, may have known a few Naxals and maybe run some errands for them.” According to Reddy, Adinarayana would boast about knowing “big people” among the Naxals. Adinaryana, Reddy claimed, had on two instances approached him in an inebriated state and demanded money, claiming it was for the Naxals hiding in the hills nearby. “I had thrashed him hard,” he added. Reddy, from his six-years experience in the underground movement, felt, “If he had really joined the gang, we would have known it for sure.” Narayana feels his brother must have known some of those killed and must have gone to meet them in a “friendly gesture”. “He had several friends and moved around with them. He must have gone to see this group and must have gotten killed.”

Adinarayana’s body too bore several injuries, which his family felt were from being hit with a hard object. “His head was severely smashed,” said his mother Lakshmi. 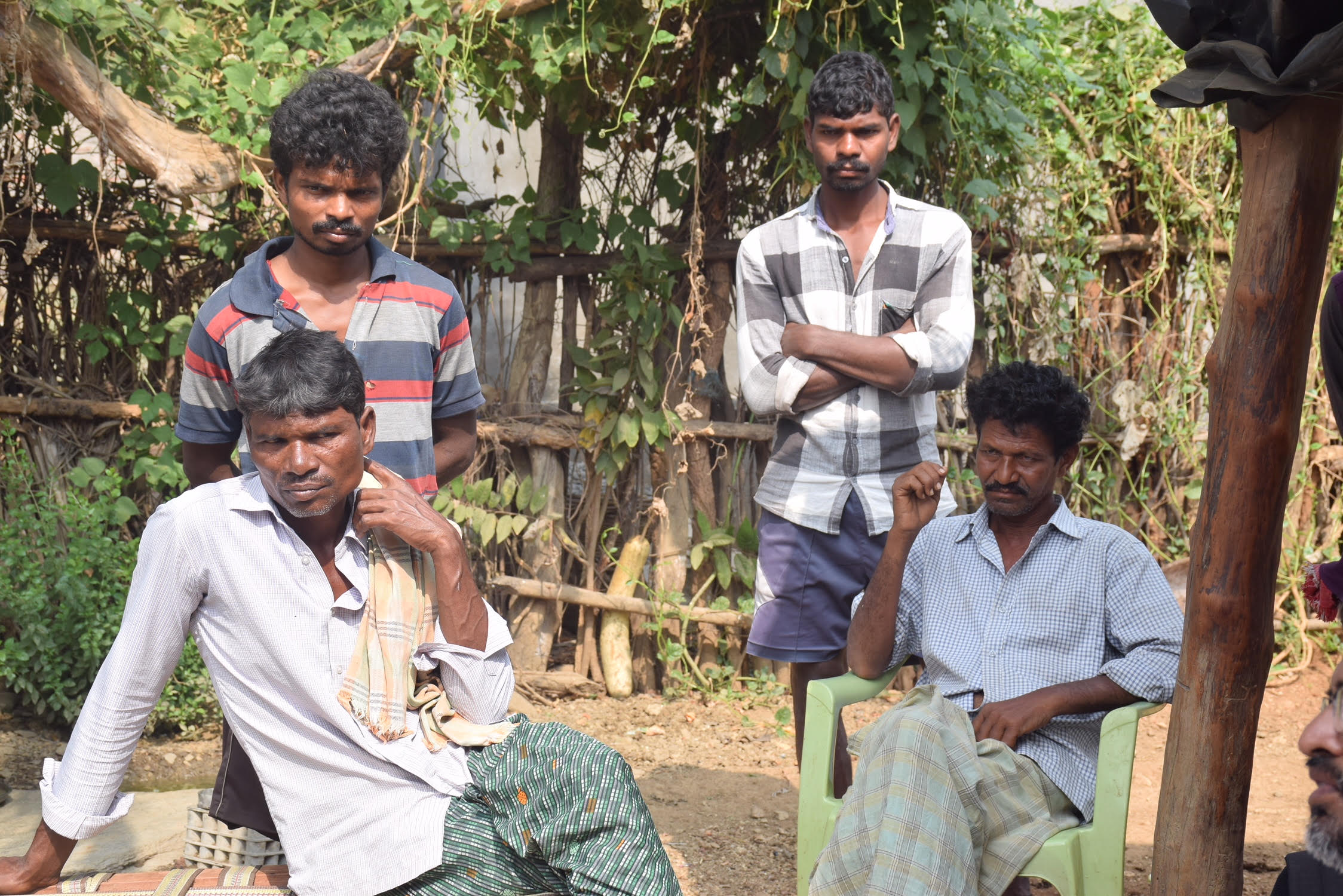 According to the police, the CPI-ML (CP Bata) group is a recent creation under the leadership of one Jagganna alias Yesebu. He, earlier a part of the Janashakti party for several years, had worked in Khammam and Bhadradri Kothagudem districts and was instrumental in reorganising youth who fell out of the Janshakti party. However, months after floating this group, Jagganna surrendered to the police. However, it is believed that the party group still has two active squads – one in the Gundala area and another in the adjacent Yeturu Nagaram forest area of Warangal district. The group has been engaged in distributing pamphlets.

Since the formation of an independent state, this is perhaps the first police killing on such a large scale. The erstwhile Khammam district now divided into two – Bhadradri Kottagudem and Mahbudabad districts – has been a hotbed of the Naxal movement. While several youths have allegedly surrendered to the police and have reportedly come out of the movement in the past decade, this region has not seen any bloody confrontations between the Naxals and the police in the last 15 years. The last such encounter killing was in 2002, where three persons were killed. In addition, seven persons were killed in an alleged encounter in 1991 in this region.

Following the bloody incident, political observers and civil rights groups in this region have reminded the Telangana government of its promise of  an “encounter free” and “friendly police” state. They have noted that this incident could trigger further militant activities in the state. The state administration, however, has not issued any statement on the killings so far.