Working to get justice for 2002 Gujarat riot victims, Citizens for Justice and Peace claims the state is using “malicious and fabricated cases" to target it. 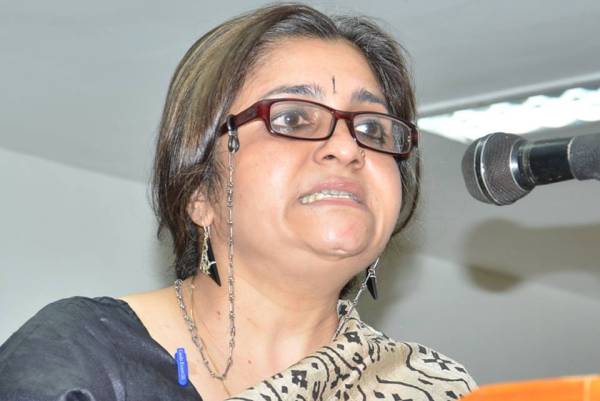 New Delhi: The Citizens for Justice and Peace (CJP), which has been working “to promote harmony and secure justice for the victims and survivors of the Gujarat genocide of 2002”, has accused the state government of “deliberately using malicious and fabricated cases to perpetuate a witch hunt” against it. Moreover, it has claimed that its secretary, Teesta Setalvad, now “faces imminent threat of her personal freedom being curtailed should the anticipatory bail granted in 2011, be cancelled.”

Seeking support from its friends in these trying times, the organisation has pointed out that it has been “persecuted and harassed multiple times over the years for daring to speak truth to power”.

The most recent challenge to it came in the form of the Gujarat government filing an application before the Gujarat high court asking it to quash the anticipatory bail application with respect to the Naroda Gam case, in which the organisation has been accused of non co-operation with the police investigation.

‘Attempt to crush our spirit’

Terming this as the “latest attempt to crush our spirit”, the CJP said: “The state government of Gujarat is, as usual, deliberately using malicious and fabricated cases to perpetuate a witch hunt against us. This is just a continuation of harassment of human rights defenders who want nothing more than justice.”

Stating that Setalvad also “faces imminent threat of her personal freedom being curtailed should the anticipatory bail granted in 2011, be cancelled”, the organisation has urged its friends to “ensure that this human rights defender can continue her work untrampled.”

Meanwhile, in a fresh affidavit filed before the Gujarat HC, Setalvad has filed a reply to Gujarat government’s affidavit seeking cancellation of anticipatory bail. In the reply, Setalvad has denied all charges leveled against her ”.

“This is not the first time that the respondent has been deliberately drawn into malicious and fabricated cases related to the 2002 communal carnage,” said Setalvad in the affidavit, adding that “it is shocking that the applicant has chosen to approach this hon’ble court for the cancellation of anticipatory bail and still, vindictively, pursues even after a lapse of seven years, this spurious issue.”

Setalvad’s affidavit also recalled how in February 2011, the Supreme Court itself had stayed the lower court’s order to quash the anticipatory bail application, and therefore provided her protection from arrest. The document has also spelled out the chronological order in which CJP has come to be involved in Gujarat riot cases and how it and its members have allegedly been systematically persecuted for these efforts.

‘Never violated any of the conditions for anticipatory bail’

Finally, pointing out that she had never violated any of the conditions for anticipatory bail, Setalvad submitted in the affidavit, that “the learned judge granting anticipatory bail was pleased to impose five conditions way back on August 2, 2011, and in ground (d) of the above application the applicant has nowhere mentioned which condition has been breached. The respondent herein has always shown her willingness to co-operate with the investigation.”

She also accused the state of wrongly mentioning in ground (d) that she was summoned by the Investigation Officer and had not co-operated with the investigation. “The impugned order is dated August 2, 2011, and as per the best of the knowledge of the respondent herein, there was no summons whatsoever from the police. Therefore, it cannot be said that the respondent had not co-operated with the investigation,” Setalvad said in the affidavit.

The CJP has in its statement also noted that since November 2017, it has “expanded the ambit” of its work to now cover the “four pillars” of minorities, child rights, freedom of expression and criminal justice reforms.

“In our quest for social justice, we have partnered with like-minded grassroot activists and groups such as the All India Union of Forest Working People and Karnataka Komu Souharde Vedike among others,” it said.

Further, it said a number of national interest petitions have also been spearheaded by it and these include the intervention into the Ayodhya dispute to request a secular solution, petition for the release of Dalit activist Chandrashekhar Azad and the petition for quashing false cases against Adivasis in Odisha.

This apart, CJP said it was looking into cases such as the Bhima Koregaon attack on the Dalit community and their subsequent persecution during police investigations and all these activities and campaigns were being carried out by it “despite the hounding”.