Thin-skinned icons are more dangerous to society than bumptious comedians. 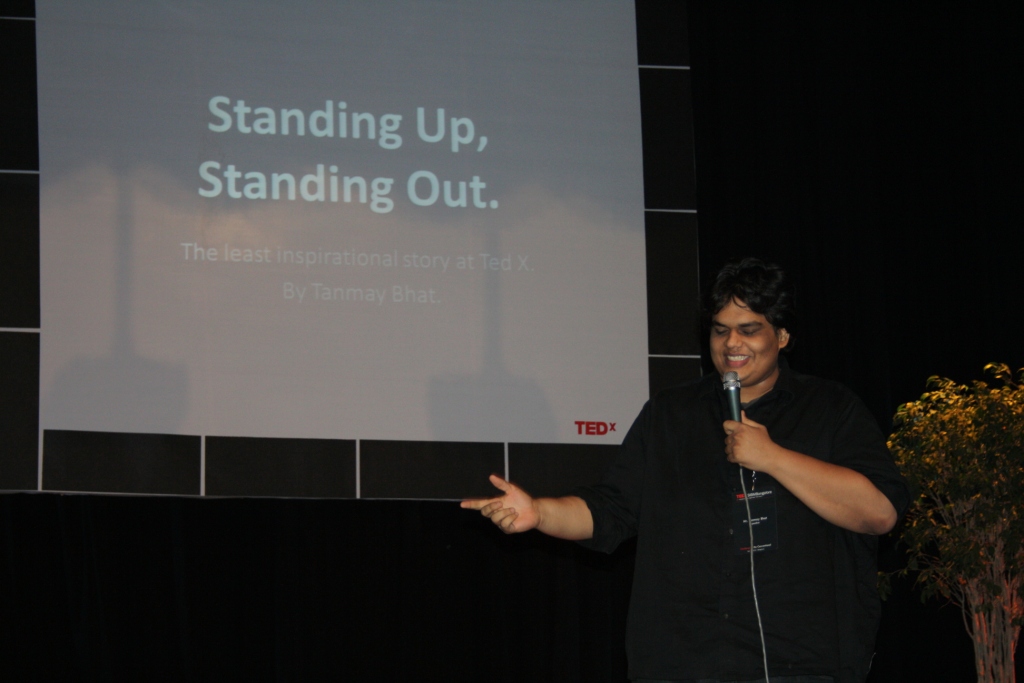 When the Great Giver was spreading his bounty at the beginning of time, He gave India many things: passion, beauty, inventiveness, delicacy, valour, and song. But He failed to give our great land humour, and that lack of humour – or any sense of it – bedevils us to this day.

As the humourless forces of order stampede around Tanmay Bhat, calling for his head – and calling, also, for YouTube and Facebook to block a short video by Bhat –let us consider what is at stake.

An irreverent comedian, of the kind that flourishes uncensored in countries where speech is free and humour abundant, made fun of two of India’s icons: Sachin Tendulkar and Lata Mangeshkar. His comedic device was an inversion of the obsequiousness with which Sachin and Lata are treated by their compatriots. Instead of bowing, he mooned them.

Bhat was taking Sachin and Lata down a few pegs. Like him, I happen to believe that they’ve been placed on a pedestal that is much too high – too high, in fact, for their own good. Sachin was a great batsman, but nowhere near the God he’s made out to be. He scarcely won a Test match for India, and has done shockingly little by way of civic advocacy for a man of his iconic stature. To call him ‘selfish’ would be harsh, but not outlandish.

Lata is regarded as the queen of Indian cinema-song, but a case can be made for her having stifled, or shut out, a generation of singers, not to mention the corrosive effect her style has had on the development of alternatives. Only now is Indian song breathing free.

But I digress. Sachin is a cricket player. Lata is a singer. We are, each of us, entitled to our views of them, and of their worth; and if we wish to roast them with our humour, it is our constitutional right to do so. A democracy that bans humour is not a serious democracy. We mustn’t let our land become a place where cops patrol the bylanes of levity, deciding what’s fit for a chuckle or a guffaw, and what’s not.

So I call on Sachin and Lata to come to Bhat’s defence – in fact, to India’s defence. Both of them should say in public that they are not offended, and that the video was humour that should be allowed to pass. That would be the classy thing for them to do, and would elevate them in our esteem to a pedestal of real merit. Their silence in this matter is a form of civic dereliction. Thin-skinned icons are more dangerous to society than bumptious comedians.

You might argue that Sachin and Lata have a right to remain silent. I disagree. When the forces of censorship seek to shut down speech in their name – by asserting that Bhat’s humour is a form of lèse-majesté – they need to come forward and defend the political rights of citizens in the land that has been so good to them.

For God’s sake, India…Lighten up!

Tunku Varadarajan is the Virginia Hobbs Carpenter Fellow at Stanford University’s Hoover Institution. He wrote an essay on Sachin Tendulkar in the 2014 edition of Wisden, the cricket almanac