'It Is Very Painful That Whenever Sikhs Protest They Are Branded as Khalistanis': UK MP

Tanmanjeet Singh Dhesi, a labour party MP in the British House of Commons, has been tweeting and making strong statements about the farmers' protests in and out of parliament. 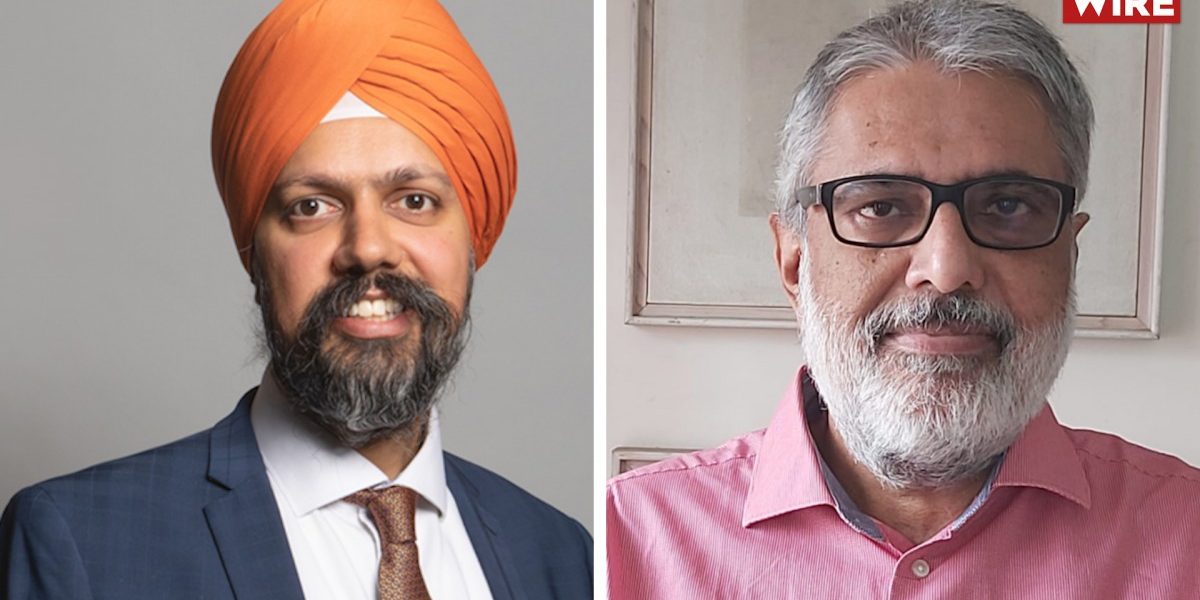 Tanmanjeet Singh Dhesi, member of parliament of the UK in conversation with The Wire's Sidharth Bhatia.

Tanmanjeet Singh Dhesi, a labour party MP in the British House of Commons, has been tweeting and making strong statements about the farmers’ protests in and out of parliament. Dhesi, who is of Indian origin, represents Slough, just outside London and the most diverse constituencies in all of the UK. People of South Asian origin are among the largest minorities in Slough.

Dhesi’s statements have angered the Indian government and this week’s debate in the British parliament on the protests and human rights in India, prompted the Indian foreign secretary to summon the British high commissioner in Delhi to advise MPs not to speak about the internal matters of another country. In 2019, civil aviation and housing minister Hardeep Puri had said he wouldn’t have met Dhesi in India if he had known about the MP’s views on Kashmir.

Dhesi said he’s outspoken about issues such as the mistreatment of minorities in Pakistan, and Article 370, because “if we do not stand for the rights of others, then what exactly are we doing in media and politics?”

In an interview to The Wire, Dhesi said “human rights are a universal issue” and the British parliament had held debates on abuses in other countries as well. He said he has always being outspoken and have to also represent the concerns of his constituents.

Dhesi said it pains him and other Sikhs in the UK that when they hold langars they are good and when they raise their voice they become Khalistanis.

Here’s the video of the full interview.