Activists have called for action against the minister and others at the scene under the SC/ST PoA Act.

Dindigul Sreenivasan with one of the tribal boys. Photo: Video screengrab 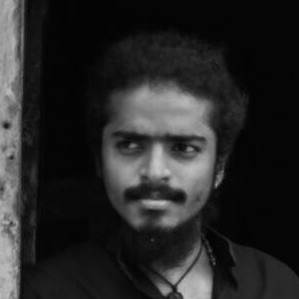 Chennai: Tamil Nadu forest minister Dindigul C. Sreenivasan has caused widespread outrage after asking two minor boys from tribal communities to remove his slippers, while on a visit to the Theppakadu elephant camp at the Mudhumalai reserve forest in Nilgiris district.

Sreenivasan had gone there to inaugurate a rejuvenation camp for captive elephants.

The video of the minister calling out to two young boys, who are residents of the tribal village in Theppakadu, has been viral on social media since Thursday morning. Sources said that Sreenivasan was about to enter a shrine, before which he wanted to remove his slippers.

Sreenivasan’s tone while calling out to the boys was also reportedly derogatory. He then asked them to unbuckle his slippers. One of the boys hesitated but did go on to do so.

Standing along with the minister were Nilgiris district collector J. Innocent  Divya, Coonor MLA A. Ramu and officials from the district revenue and forest departments.

None of them are seen doing or saying anything to stop the boys from removing the minister’s slippers. However, MLA Ramu was seen attempting to hide the proceedings from those filming the incident.

TN Forest Minister Dindigul C Sreenivasan asks school children from Tribal community to remove his slippers so that he can enter a temple in Mudumalai. He was in Mudumalai to inaugurate an elephant rejuvenation camp. #dindigulsrinivasan #TamilNadu#mudumalai pic.twitter.com/3Yqqwiw1Yx

Activists and others have been vocal in criticism of the minister’s conduct.

Irular tribal activist and former professor Prabha Kalvimani alias Kalyani told The Wire, “Tamil Nadu is always known for its establishment of social justice but this act by the minister is disgusting. Is the minister physically not able to remove his own slippers?”

Kalyani said that the act shows the inherent caste prejudice and authoritarian psyche of the minister, “I strongly condemn the forest minister’s disgusting behaviour. I demand he be arrested under the SC/ST PoA Act.”

The SC/ST PoA Act mandates that a district vigilance and monitoring committee, called the Vizhigal Kankaanippu Kuzhu, meet once in three months to review and discuss caste-based crimes being carried out in their jurisdiction, and report them to the state in a periodic manner.

Tamil nationalist party Viduthalai Chiruthaigal Katchi’s deputy general secretary Vanni Arasu told The Wire, “The Vizhigal committee must meet at periodical intervals to resolve caste-based atrocities and crises in the district. The district collector and CM are chiefs at district and state levels respectively. In that case, the district collector Innocent Divya and TN chief minister Edappadi K. Palaniswami must be held responsible for taking action against the minister.”

Also read: The Dark Realities of the SC/ST Atrocities Act: An Ethnographic Reading

“Furthermore, Divya who accompanied the minister was seen witnessing the incident without trying to stop it. So, as per the SC/ST PoA Act, she is also a perpetrator of the established caste discrimination against the tribal youth. Action must be taken against her and all the officials including police officers who were present at the incident,” Arasu added.

Meanwhile Sreenivasan had reportedly said that he thought the boys as his own ‘grandsons,’ in an effort to justify his direction to them.

“Why can’t the minister think that the officials around him are his sons and daughters and ask them to do the same? He won’t, because the thought behind his actions have their roots in from caste prejudice. This has been going on for a while in the state. We see several ministers of the ruling AIADMK party like Rajendra Balaji, making communal and casteist hate speeches to the people,” Arasu said.

The politician demanded that everyone who witnessed the incident at Niligiris on Thursday be booked under sections 3(1) r, 3(1)s and 4 of the SC/ST PoA Amendment Act, 2018, by the chief of state vigilance and monitoring committee.

“Further, the state minister and MLA must be removed from their posts and arrested under the Act. Otherwise, we will pursue the issue at National Commission for SC/ST,” demanded Arasu.

The Nilgiris district collector Innocent Divya has refused to comment on the issue.