Navlakha was arrested in April for his alleged connection with the Bhima Koregaon case.

New Delhi: Gautam Navlakha, nearly 70, patient of several ailments, had his spectacles stolen on November 27. Close to blind without his glasses, he was not even permitted to call his home for a replacement until three days later, but even that call proved futile.

His partner Sahba Husain said in a statement that she had sent a new pair of spectacles to Taloja Jail. “The jail authorities were informed that Gautam was almost blind without the spectacles and that they would be arriving any day to ensure that the parcel is accepted and not returned. In spite of this the jail authorities refused to accept the parcel when it arrived by post.” 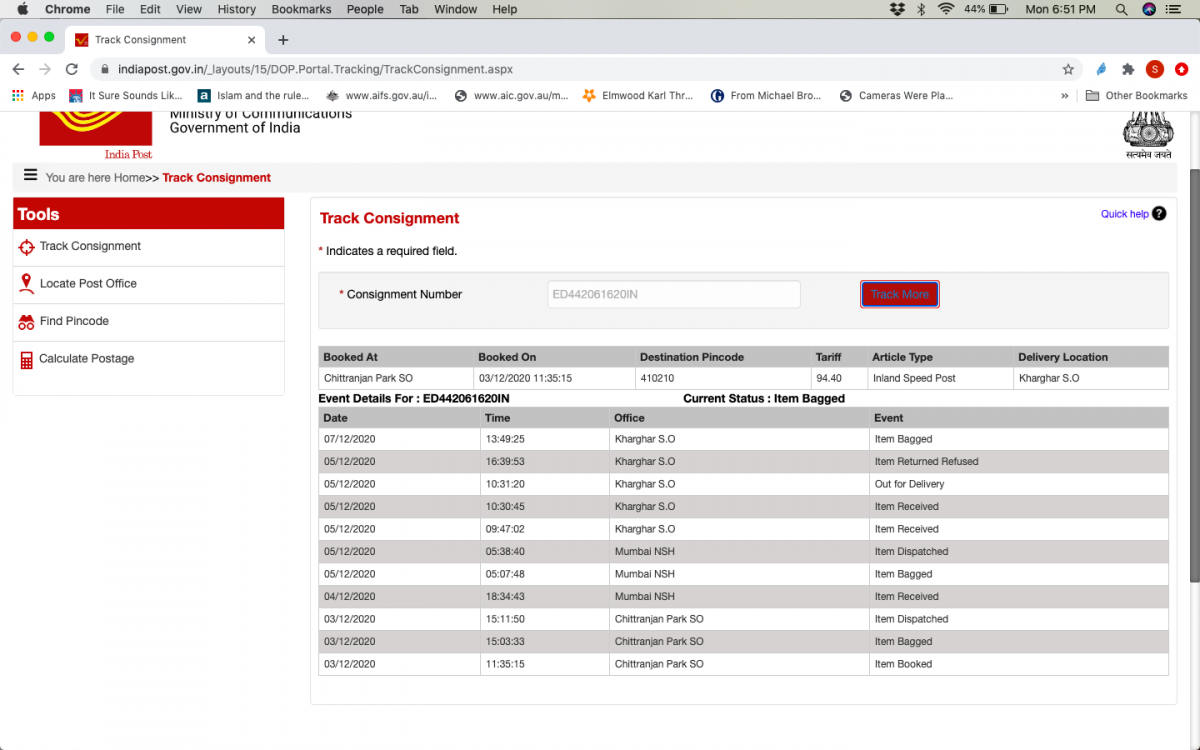 A screenshot of the courier receipt. Photo: Sahba Husain.

Navlakha, a human rights activist, was arrested in April for his alleged connection with the Bhima Koregaon case. The National Investigation Agency (NIA) in its supplementary chargesheet had accused him for his alleged links to Pakistan’s intelligence agency Inter-Services Intelligence (ISI).

Navlakha is among other activists including Stan Swamy, Anand Teltumbde, Hany Babu, Sagar Gorkhe, who were charged by the NIA under sections of criminal conspiracy, sedition and the Unlawful Activities (Prevention) Act (UAPA).

According to Husain, Navlakha is in acute distress and is unable to see things around him. As a result, his blood pressure has shot up.

This comes days after Father Stan Swamy was finally provided with a straw and sipper by the jail authorities after several protests. In another case, Telugu poet Varavara Rao’s condition was so critical that the Bombay high court directed authorities to shift him to Nanavati hospital. Rao was arrested in 2018 in connection with the Elgar Parishad case and lodged in Taloja jail.