Human rights lawyer Bilal Kagzi says attempts are being made to silence him for exposing the police's rampant abuse of the rule of law.

When one speaks to Bilal Kagzi, a Surat-based human rights lawyer, it quickly becomes clear that he is an ardent practitioner of the law. In the profession for the last 12 years, Kagzi refers to several sections of the Code of Criminal Procedure (CrPC) and case laws to illustrate the procedure the police is required to follow when registering an FIR and initiating investigations and arrests.

According to Kagzi, the police in the area has been abusing the rule of law rampantly, leading to sufferings of poor and marginalised. He claims that those who stand up for the victims are also being intimidated and harassed to keep them quiet. He himself has been facing intimidation for taking up cases against police officials, and attempts are being made to silence him.

At present, the advocate is representing several who have complained against officials at the Kosamba police station over the alleged misuse of power and corruption in an assault case involving a right to information activist. Kagzi has in the past represented members of marginalised communities and regularly supports victims of atrocities and those who have struggled while seeking justice under the SC/ST Atrocities Act.

In another case, he is representing a woman at the Police Complaints Authority regarding the implication of her son in a false case. He is also representing another client at the Gujarat State Human Rights Commission over illegal detention and custodial torture by the police.

The most recent incident of his false implication in a case occurred a month ago. Incidentally, he was not even present at the place and time of the incident.

On the morning of August 12, Kagzi was spending time with his family after having returned from morning namaz. It was the occasion of Eid-ul-Adha. He was home till 8:40 am, after which he went to visit his aunt who lives nearby. Later that day, he came to know about a scuffle in his colony triggered by an accident between two vehicles. It was well-known that the parties involved had a past feud, because of which the present incident escalated.

When that afternoon Kagzi contacted a policeman regarding a case he was working on, he was shocked to learn that he was going to be named in an FIR related to this incident. For the next several hours, he tried gathering information about the incident and the police action on the same. At around 9:30 pm – the FIR in the case was registered at 8:30 pm, 12 hours after the incident occurred – he visited Kosamba police station to inquire about the case but was told that there were orders not to reveal names of the accused and the charges filed.

“An FIR is a public document and various court rulings have adjudged that a copy has to be given to the accused, so I asked one of my junior lawyers to visit the police station and collect the FIR,” he said.

An FIR – being a public document – is also supposed to be uploaded online within 24 hours of filing. But this particular one was uploaded much later. As per the document, Kagzi is ‘accused no. 3,’ charged under various sections of the IPC, including attempt to murder.

This, however, is not the first time Kagzi has faced intimidation for performing his duties as a lawyer. Last year, he was threatened by a local goon with death threats, but police paid no attention to his pleas.

Earlier, in 2012, he and his clients were illegally detained and beaten up at the same Kosamba police station. They had come to register a complaint against a local goon for destroying a road of the village and blocking the way. Advocate Kagzi was reportedly threatened that he would be killed in a police encounter for “worrying too much about human rights”.

Talking about his recent cases, he shared, “There is a lot of abuse of power by the police. On one hand, they will not take action against the powerful even when they give death threats to others, and on the other, incidents involving small fights among poor will lead to arrests without bail and even torture in custody.”

When the land of Chimnipatal village in Surat’s Umarpada – reserved as grazing ground for the Adivasi community – was given to a private company called GETCO in March, the protesting people were beaten up and arrested. In total, 32 were charged under two FIRs. Based on them, 25 were arrested, including some women.

“Article 20 of the constitution clearly states that two FIRs can’t be registered on the same facts against the same accused as it will lead to double jeopardy,” Kagzi said. He represented some of those who were arrested based on the two FIRs.

He describes another incident – of a fight between two groups – which was investigated by the Kamraj police station in June 2018. In the case, 33 persons including ten women were charged. “Few men were caught and detained at the police station. All of their relatives and friends who were visiting the police station to enquire were also being detained and named in this FIR. Later, the women who visited to look for their husbands, brothers and sons were also booked in the same case.”

In this case, many were kept in illegal detention for 19 hours and beaten up in custody. During their appearance before the magistrate, they complained against the police officials. Later, a court enquiry found the allegations of torture in custody as legitimate and issued a notice against the involved policemen.

Kagzi further narrates, “The ordeal of these people did not end there. As soon as they were released on bail by the court, police detained them under Section 151 of the CrPC – preventive detention. They were released a day later and then put on the habitual offenders list.”

Coming back to the August incident, as soon as he got hold of the FIR, he collected evidence, including CCTV footage, and approached the police station. He submitted in writing to the superintendent of police and the investigation officer of the case, but did not get any response. “The police should have recorded my statement and taken cognisance of the evidence I presented to defend myself. After a fair investigation, when they would not have found any evidence against me, they should have filed a ‘B’ summary report regarding the wrongful information”. But nothing of this sort happened. 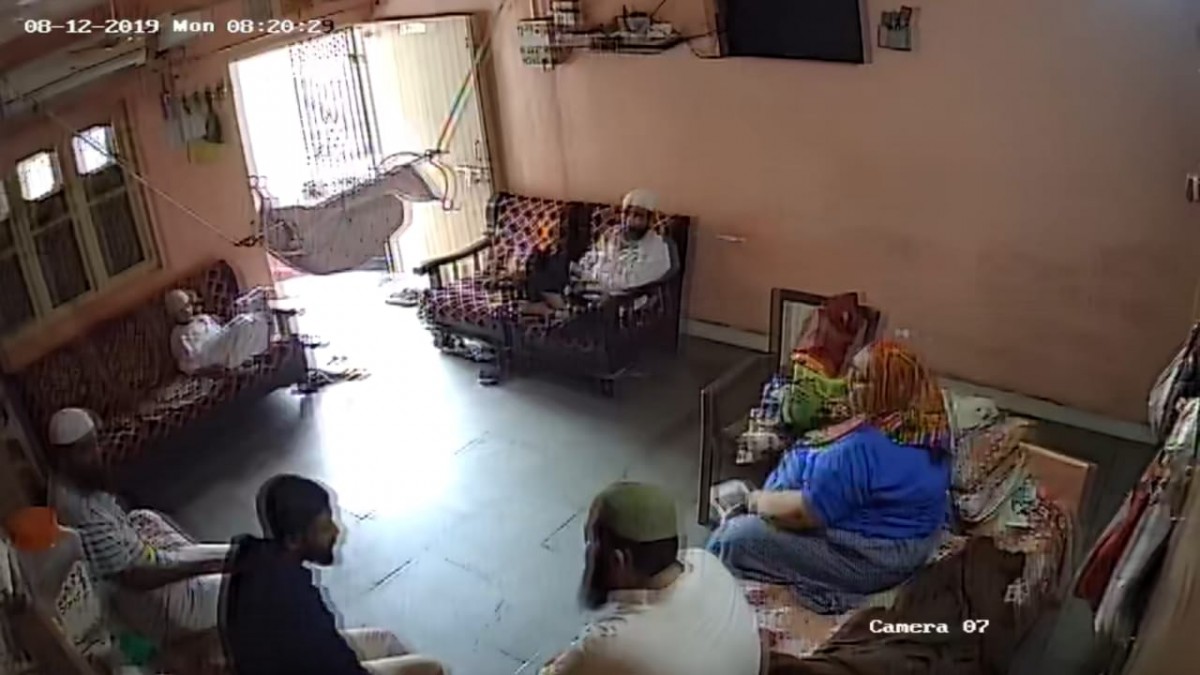 CCTV footage shows Bilal Kagzi was at his home at the time of the incident.

Then, on August 19, Kagzi filed for an anticipatory bail in the Gujarat high court. He argued that the case had been filed over personal vengeance. An official even confided in Kagzi that police constables had, in fact, informed in their statement that he was not involved in the incident, but these statements were suppressed by police officers. The court then granted him anticipatory bail on August 27.

He has filed another mandamus writ petition in the Gujarat high court seeking directions for the police to conduct a fair and independent investigation. While this petition is pending, the police have still not taken the evidence he presented into consideration. “After my written submission, the police should have – as per law – collected CCTV footage in the presence of two panchas. Though I have a copy of the footage, the procedure requires the collection of the original footage by the police, which they are deliberately delaying. After 30 days, the original footage will get overwritten and will be lost,” Kagzi said.

Kagzi is not alone. Lawyers and human rights defenders like him are fighting against intimidation and harassment to ensure justice for the oppressed.