Under strict bail conditions, the lawyer and activist is not allowed to speak to the media on the Elgar Parishad case. 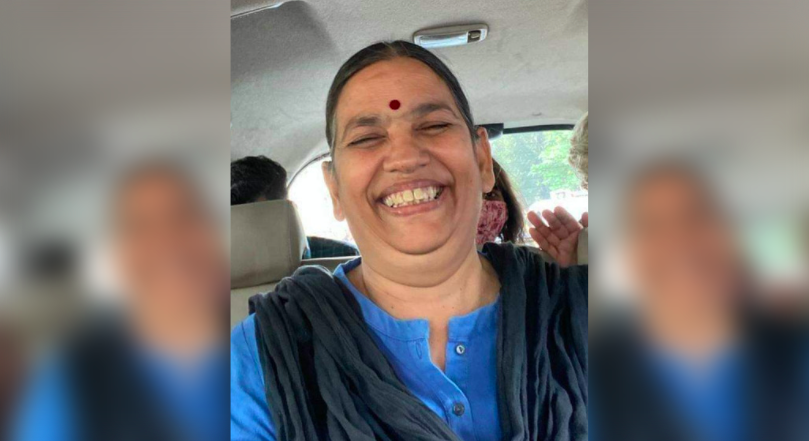 New Delhi: Lawyer and activist Sudha Bharadwaj was released from Mumbai’s Byculla Prison on Thursday, December 9, over three years since she was arrested over what Pune Police claimed was her connection with the Elgar Parishad case.

Advocate Indira Jaising tweeted a photograph of Bharadwaj in a car, and noted that she was released at 12.41 pm.

Several others have tweeted words of celebration upon Bharadwaj’s release.

Sudha Bhardwaj finally released.
It’s a million dollar smile not just on her face but everyone who cares for the rights of our poorest, the most marginalised.
Zindabad! Taabindabad! pic.twitter.com/zrFkXiJgzn

Welcome back Sudha Bhardwaj.
I am so sorry you and your loved ones had to go through this ordeal for three long years.#releaseallpoliticalprisoners pic.twitter.com/Y7msDZkzRH

Bharadwaj was  granted default bail by the Bombay high court last week. Bharadwaj’s application hinged on the fact that the court which granted the National Investigation Agency an extension to file its charge sheet was not competent to do so.

The NIA had, in the meantime, approached the Supreme Court challenging the order and sought a stay on it but the application was rejected by the court, which noted that it had found no reason to interfere with the judgment.

Granted bail against a surety of Rs 50,000, she has been directed to stay within Mumbai city limits, The Wire has reported. To step out, she needs the court’s order.

Along with attending court hearings regularly, Bharadwaj was also directed to visit the nearest police station – physically or through a video call – every fortnight. She has also been barred from speaking to the media on the Elgar Parishad case or making contact with any of her co-accused.

Bharadwaj was one among 16 activists, scholars and lawyers arrested in the case, which has been decried as having been a witchhunt against lawful dissenters.

Other than Bharadwaj, only the poet Varavara Rao has been released on bail among the 16, despite repeated appeals by all accused, many of whom suffer from serious ailments and spent the pandemic in jail. In July, the oldest of the accused, Father Stan Swamy, died in custody after having conducted COVID-19.