Students Marching With Slogans of Peace Arrested by UP Police

The Nagrik Satyagraha Padyatra aims to ‘spread the message of peace’ and to attempt to ‘reduce divisions and hatred’ in society. 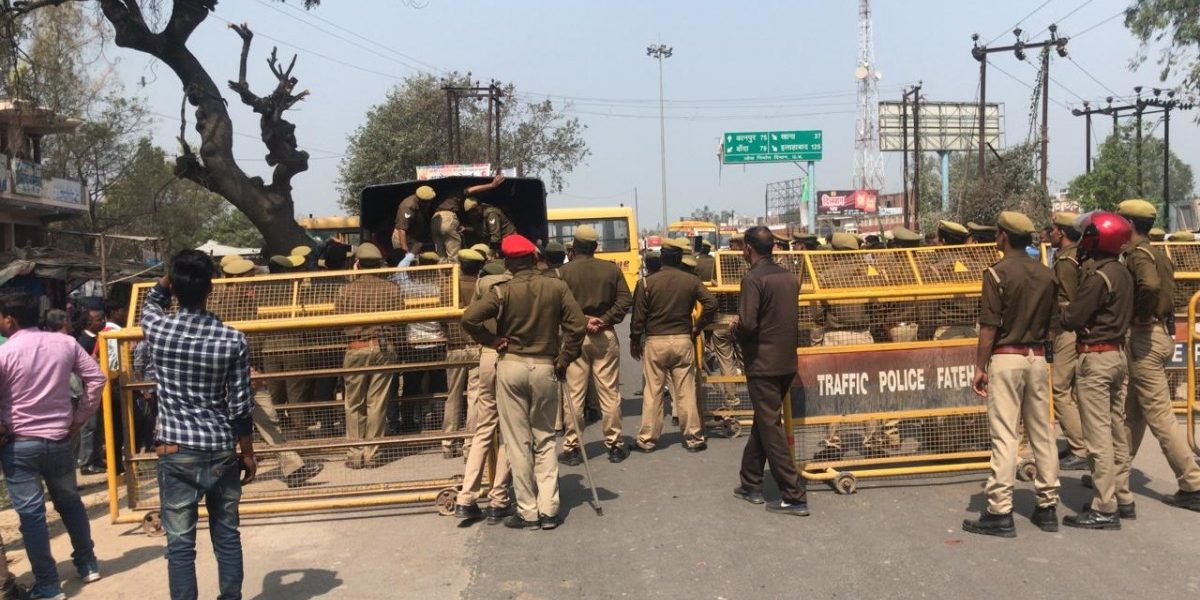 New Delhi: A group of eight students was arrested in Fatehpur district by the Uttar Pradesh police during a ‘non-violent peace march’.

The ‘Nagrik Satyagraha Padyatra’ began on February 2 from Chauri Chaura in Gorakhpur and is scheduled to culminate in Delhi in March. The objective of the march is to ‘spread the message of peace’ and to attempt to ‘reduce divisions and hatred’ in society.

They have been charged under sections 151 (knowingly joining or continuing in assembly of five or more persons after it has been commanded to disperse), 107 (wilful misrepresentation) and 116 (abetment of offence punishable with imprisonment) of the Indian Penal Code (IPC).

The police have said in the FIR that they were told by ‘informers’ that a group of people will be walking towards mosques in Fatehpur with the ‘intention of disrupting peace’. The ‘informers’ also said that the students will distribute pamphlets to people gathered for prayers, according to the case diary. The police or the ‘informers’ did not detail what the pamphlets would contain. In a pamphlet that the students had prepared, and The Wire has seen, they attempt to highlight the importance of sticking to the principles of Mahatma Gandhi ‘in times of hatred’.

“Let’s strengthen the slogan of harmony and brotherhood! Let’s walk with those who are less privileged! We are walking to protect the message of peace. Walk with us!” read some of the slogans in the pamphlet.

When the students approached the city on Friday, the police attempted to convince them to turn back or go around the city, as per the case diary. They refused and were then arrested by the police. Some members of the group managed to flee, according to the police.

Earlier, in February, the group also ran into trouble when their march reached Ghazipur in Eastern UP. They were detained and allegedly beaten up by the police. While under arrest, the students began a hunger strike which ended when they were released.

The students belong to the Banaras Hindu University (BHU) and the Allahabad University. Their march began as a means to non-violently protest the killing of anti-Citizenship (Amendment) Act (CAA) protesters in UP. According to data provided by the state government, 22 people died during protests in December 2019.

The group of students set off on the march on February 2 from Chauri Chaura with no specific demands but to ‘tell the victims’ that they stand with them. The students also aim to garner support for their message of peace by reaching out to people on the way.