Stan Swamy, the Guardian Angel of Social Movements in Jharkhand

One can find hundreds of committed and fearless activists, scholars and lawyers in the state who drew their inspiration from him. 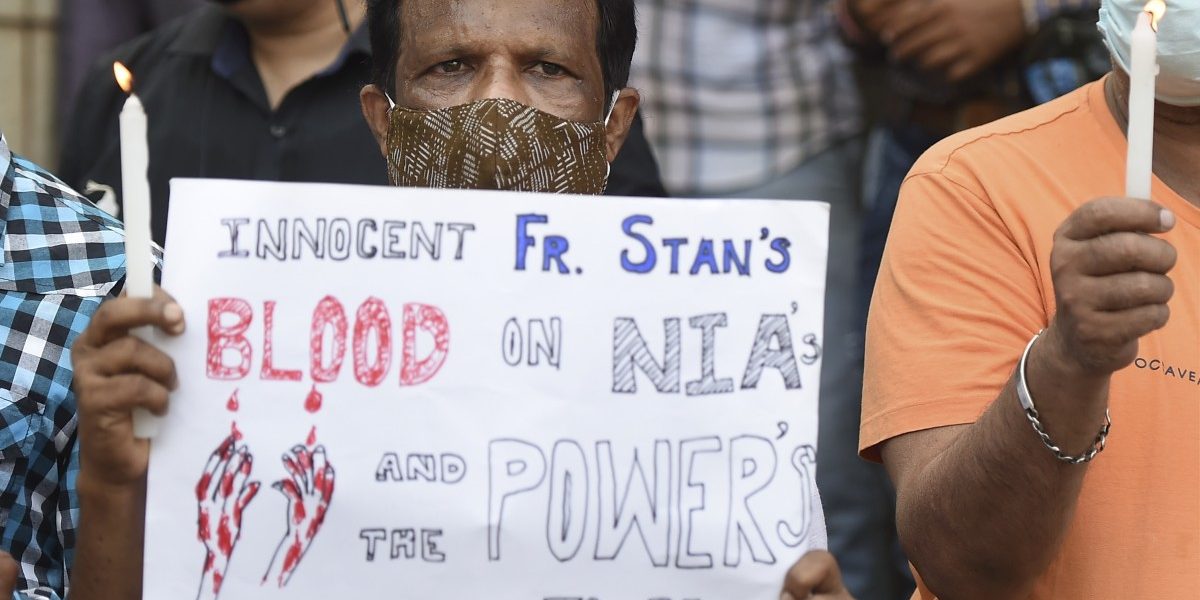 It would be almost impossible for someone to work with marginalised communities in Jharkhand, especially Adivasis, and not visit Bagaicha, a small, lush green campus located on the outskirts of Ranchi. Over the years, it has provided visitors with the intellectual input, technical training and much-needed inspiration to carry forward the work of social change and action.

The man behind this vibrant space was Father Stan Swamy, who lived and worked from here till his arrest in October last year, for his alleged involvement in the Elgar Parishad conspiracy case. Stan, as he preferred to be called, died in judicial custody on Monday. Not just his defence team but also independent experts will tell you, the case against him is entirely manufactured, and part of an ongoing witch-hunt against dissenting voices and human rights activists.

Stan, who was originally from Tamil Nadu and trained as a Jesuit priest, first arrived in the Singhbhum district of Jharkhand (then a part of Bihar) at the age of 20. After working for some time as a teacher in a tribal boys’ high school, he went on to study abroad and came back to work at the Indian Social Institute in Bangalore. Eventually, he made his way back to Jharkhand in 1990 with the motive of working with the Adivasi communities there. For the next 30 years, he worked tirelessly to undo the historical injustices done to these and other marginalised groups of Jharkhand.

In all my visits to Bagaicha in the past 12 years, I would always see him working despite his old age and fragile health. Stan was 84 years at the time of his death and suffering from Parkinson’s. He was a dynamic person and a fine researcher and writer with an extraordinary ability to train a wide range of people on issues related to indigenous people. Over two decades, he authored at least 74 articles, detailed notes and books on land rights, the plight of under-trials, Adivasi rights, the Fifth Schedule and PESA, hunger and displacement induced by ‘development’.

But he was not just another researcher-writer and trainer working in the social or the development sector. Stan’s work revolved around the real lives of people, and he did everything in his control to ensure that the lives and liberty of the marginalised were not compromised or violated. He was compassionate and brave, always willing to speak his mind and take a stand against injustice. I distinctly remember how 10 years ago, when not many in Ranchi were willing to speak up against the conviction of Dr Binayak Sen and the incarceration of cultural activist Jiten Marandi, he was one of the few who took the lead to organise a protest in the middle of the city at the Firayalal Lal Chowk, officially known as Albert Ekka Chowk.

However, it would be a mistake to think that he was just concerned about high-profile cases. His concerns for ordinary Adivasis and their wrongful incarceration in the name of ‘fighting Naxalism’ is evident from the fact that he undertook a study on the undertrails languishing in different jails of Jharkhand on charges of being associated with Naxalism.

To compile this report, the team led by Stan conducted extensive fieldwork between early March and end June, 2015. According to the study, most of the “Naxalite” undertrials in Jharkhand were either Adivasis, Dalits or or from Other Backward Castes. In 2019, he had said in an interview that “there are at least 3,000 young Adivasis and another 2,000 Dalits languishing in Jharkhand’s jails; this is a large number of undertrials for a small state”.

He did not just stop at conducting the study. Based on the findings, he filed a public interest litigation (PIL) against the Government of Jharkhand in the high court in 2017, demanding speedy trials and information about the under-trials in the state. Though the high court in January 2018 ordered the state to furnish all the relevant information from each jail in Jharkhand, the matter is yet to reach any logical conclusion. The last hearing of the case took place in October 2019.

Stan was accused of having Naxal/Maoist links and termed an ‘Urban Naxal’, but in reality, he had no soft spot or sympathy for them. I remember when in 2011, a social activist named Niyamat Ansari was killed by the Naxalites, Stan not only condemned and demanded justice for the killing, but he went on to get Niyamat’s name engraved on a stone plaque that had the names of the martyrs and revolutionaries who had died for Jharkhand. The plaque, or Pathalgarhi, can still be seen on the Bagaicha campus. In fact, in one of the most common photos of Stan used by the media, he can be seen standing in front of that stone plaque. 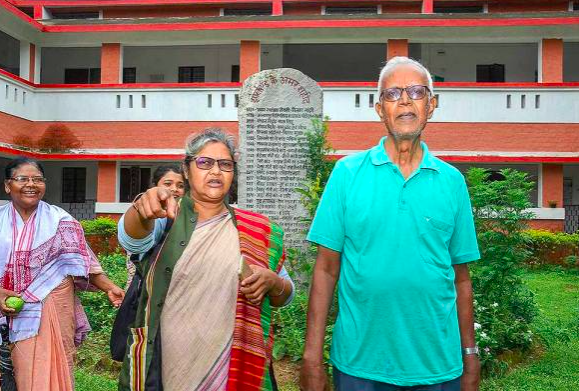 Civil rights activist Father Stan Swamy with other social activists after Maharashtra Police conducted a raid at his residence in connection with Bhima-Koregaon violence, in Namkum near Ranchi. Photo: PTI

Also read: Father Stan Swamy Always Looked On the Bright Side of Life

He was also active in peace-building efforts in the state. I remember seeing him actively plan and mobilise people for the Jharkhand Peace and Justice Yatra in 2011. It was in this period that he was also busy organising socio-political leaders and activists under the banner of the Jharkhand Bachao Andolan. My lawyer friend Rajni Soren, who had worked with Stan and works in Chhattisgarh, rightly reminded me that he had a way with people and leadership that is very rare to find.

His impact on Jharkhand’s civil society and socio-political movements was immense. It would not be an exaggeration to say that he was the guardian angel of social movements in Jharkhand. One can find hundreds of committed and fearless activists, scholars and lawyers who drew their inspiration from him. Rich tributes by Jhakhandi people from different walks of life make me believe that he will continue to inspire the coming generations as well.

Shocked to learn about the demise of Father Stan Swamy. He dedicated his life working for tribal rights. I had strongly opposed his arrest & incarceration. The Union Govt should be answerable for absolute apathy & non provision of timely medical services, leading to his death.

It was good to see Jharkhand’s chief minister Hemant Soren join the ranks of those saddened by Stan’s demise. The best tribute to him by the chief minister and the state government would be to ensure that no injustice is done to the marginalised communities. To begin with, Soren and his government should expedite the process of the release of the under-trial prisoners languishing in different jails of Jharkhand who have been incarcerated on baseless charges. Otherwise, the CM’s words of sympathy and protest would be mere lip service.