More Than a Judicial Murder

It is comforting to attribute Stan Swamy’s death to the authoritarian Hindutva regime and a compliant judiciary. It diverts attention from the troubling societal transformation underway and helps us avoid confrontation with the full horror of our predicament. 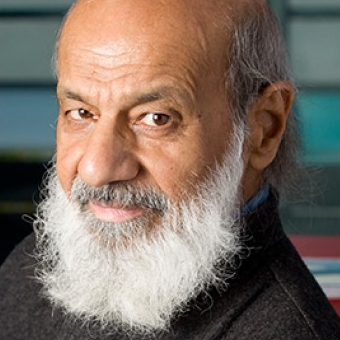 It is more than a month since Father Stan Swamy’s death. Death – the neutral word jars. Particularly when seemingly more appropriate expressions like ‘murder by the state’, ‘institutional murder’ and ‘judicial killing’ have spontaneously sprung into use to describe the shocking occurrence.

However, even as these charged terms highlight much of what is entailed in Swamy’s death, they miss something vital. It should concern us, as individual human beings and as a people, to reflect on that missing something. How we understand that, and what that understanding makes us do or not do, will have serious repercussions for our individual and collective well-being.

Stan Swamy’s end was waiting to happen. Their lordships of the Bombay high court, who heard the seriously ailing old man’s urgent plea for medical bail, were lucky that the news of his end came to them from a hospital. It could as well have come earlier from the Taloja jail.

But nature, aided by the old man’s will to last out till the bitter end – to keep singing even in his cage – gave them the chance to claim that they had done their best for the deceased. That they had permitted him to be shifted to the hospital of his choice in the teeth of fierce opposition from the National Investigation Agency (NIA) and the prison authorities. They omitted to mention that, after his health had been wrecked inside the prison, it was he who had to pay the expenses of his hospitalisation.

Their lordships are, surely, not wrong about the NIA’s unrelenting insane opposition. The NIA had opposed even the urgent plea the old man, as he lay dying in the hospital, had made for medical bail.

Yet, the judges’ claim to have done their best strains credulity. The claim, rather, seems to betray their desperation to persuade themselves, and others, that they had done no wrong. It is unlikely that they did not know how utterly untenable, in justice and good conscience, the NIA’s opposition was.

Nor could they, as normal decent human beings schooled in the fundamentals of jurisprudence, have not felt, deep down, a stab of unease about their handling of the ailing appellant’s interim bail. Forget all other details, including the unbelievable straw and sipper scandal, even moments before claiming to have done their best for the dead man, the two judges had shown no urgency about his urgent plea for bail. They had postponed the hearing for the following day.

That is when the busy judges were asked to spare a minute, connected to the hospital, and told that the dying petitioner was truly dead. Three days earlier they had, for ‘paucity of time,’ postponed a scheduled hearing on the man’s long-pending plea for medical bail.

Even prior to that they had seen the trembling old man tell them, via video conferencing, that he was slowly dying in the prison. But they were patiently waiting for documents to ascertain the veracity of his complaint that conditions in the over-crowded Taloja jail were appalling – an invitation to COVID-19 – and that it had no proper medical facilities.

Their lordships had been deferring the matter since May. Not once till the very end – not even after the old man had been infected with COVID-19 – had they seemed anxious to settle it. They had done their best.

Having come of age in the 1950s, I have seen, with growing awareness, all but the initial 78 years of Indian freedom unfold. There has been much in those long years to cause anguish, sorrow and disenchantment. In melancholy succession, things have happened that, until they happened, we had believed were unthinkable. But Stan Swamy’s death? Can such a thing be? How can such a thing be?

It seems ages since we ceased being shocked by our governments’ misdeeds. They can do anything. Nothing unfair is unfair enough for them. We had also begun to be disenchanted with our judiciary, especially our Supreme Court. Still, even if with diminishing expectations, we continued to look up to the higher judiciary for a modicum of protection from our governments. There were things, we continued to believe, that even an egregious judiciary would flinch from. Stan Swamy’s judicial murder has shattered even that minimal belief.

The question remains: How can such a thing be? How can the judiciary do this? The most common, and easiest, current explanation focuses on the systematic erosion of the judiciary’s independence by the wielders of political power. They have variously courted, corrupted, and coerced the judiciary into compliance.

This explanation is deceptively convincing. It appears so complete that we stop looking beyond it and forget something so cardinal as the sociology of judicial decision-making.

In a society where public opinion is a factor in the working of its polity, there is necessarily a correlation between the dominant sensibility and the moral fibre of its people and the behaviour of its judiciary. If there are significant shifts in the dominant sensibility and in the strength of the moral fibre, there is invariably a corresponding change in the pattern of judicial decisions. Judges tend to be astute weathermen. And, but for an occasional powerful maverick or two, they prefer to follow the wind.

Also read: Swamy and Friends: A Poem by Keki Daruwala

Among its most sombre illustrations is the November 9, 2019 Supreme Court judgment on Ayodhya. A judgment so violative of elementary principles of jurisprudence, not to mention the spirit of the Indian Constitution, was inconceivable so long as the saffronisation mentality was the preserve of the Bharatiya Janta Party. No Supreme Court, even if its individual judges were so inclined, would in that climate have dared something so egregious. In 2019, conversely, even if individual judges were differently inclined, they could at best have hung fire; they could not have antagonised the majority of Hindus.

The fact that in November 2019 they saw wisdom in going the whole hog cannot be adequately explained by concentrating only on the rulers in Delhi and their stranglehold on the judiciary. We have to look at critical societal shifts like the Congress Party’s ostentatious religious tilt, or – taking a retrospective view – Arvind Kejariwal’s dash to the Hanuman Mandir after worsting the BJP, the flagbearer of Hindutva, in the Delhi assembly elections of 2020, and his promise to organise free trips to Ayodhya for Delhi’s senior citizens, once the Ram Mandir is built.

There is comfort in limiting the blame to the reigning authoritarian Hindutva with its ruthless manipulation of the police, intelligence agencies, prison system, the mainstream print and electronic media, and the judiciary. That diverts attention from the troubling societal transformation and, further, helps us avoid confrontation with the full horror of our predicament, as also with the enormity of resisting the mounting onslaught.

Besides, for all its ineffectuality, going all out against the government and the judiciary affords some psychological release and the pleasurable sensation of having done our duty.

We have watched our fathers and mothers, brothers and sisters, sons and daughters, our friends and colleagues turn saffron. We have seen them change and failed to do anything. We can go on writing books and articles, and not know what difference they produce. But we do know the frustration of failing with our near and dear ones.

We have watched this ground-swell and also its reflection in the behaviour of professedly liberal-secular political parties and leaders. Yet, loath to confront the grim reality of our fast dwindling electoral alternatives, we flaunt the BJP’s vote share of 37.46 per cent in the 2019 parliamentary election as evidence that the majority of people – Hindus – are untouched by Hindutva. And we dread to see the connection between the ominous ground-swell and the sinister turn within the judiciary.

There is another aspect of this connection. Much though we lament the continuation in free India of the colonial legacy of draconian laws, our rulers and we as a people repose limitless faith in the sovereign efficacy of laws. Every time there is a serious problem, be it corruption, labour unrest, internal or external security, dowry deaths, or rape, a clamour erupts for laws more stringent than those in existence.

Also read: Why Men of Conscience Like Stan Swamy Are Dangerous for the Powers That Be

Enthusiastic subscribers that we are to the deterrence theory of law, our faith is not shaken even by mounting everyday evidence to the contrary. That faith will not wane soon, given the firm hold on us of the retributive power of law.

The saga began, ironically, within weeks of the promulgation of our liberal democratic Constitution when Patel introduced the Preventive Detention Bill which became law in December 1950. The Bill caused the Iron Man sleepless nights. Nehru, the prime minister, felt no less uneasy. The people, too, were outraged by that deviation from the spirit of the freedom movement. Preventive detention was the thin end of the wedge.

The Iron Man’s successors brought in progressively more draconian avatars of the 1950 Act, and did that with an untroubled conscience.

Parallelly, the freedom fighters’ jingoistic descendants, paranoid about their security and the country’s integrity, came more and more to look upon draconian measures as indispensable. So that for us today no measure is draconian enough to be intolerable. It is at worst a necessary evil.

Finally, a nagging thought. Father Stan Swamy’s was a death foretold. We say it now. We said it before. How, then, could we let it happen? In broad daylight. Social conscience has long been among us a threatened species. Is it extinct at last? Or is there still left in us a modicum of concern for our well-being as a people?

The answer is tantalisingly in the offing. Stan Swamy, to paraphrase a French proverb, has been duly punished for his good deeds. But his co-accused are still there, as are similarly placed numberless others. What punishment awaits their good deeds? How long will we let that happen?

Sudhir Chandra is the author of The Oppressive Present: Literature and Social Consciousness in Colonial India and Gandhi: An Impossible Possibility (both published by Routledge).