The Mohalla Committee, which organised the drive in the absence of government help, has stopped it as they now have enough money. 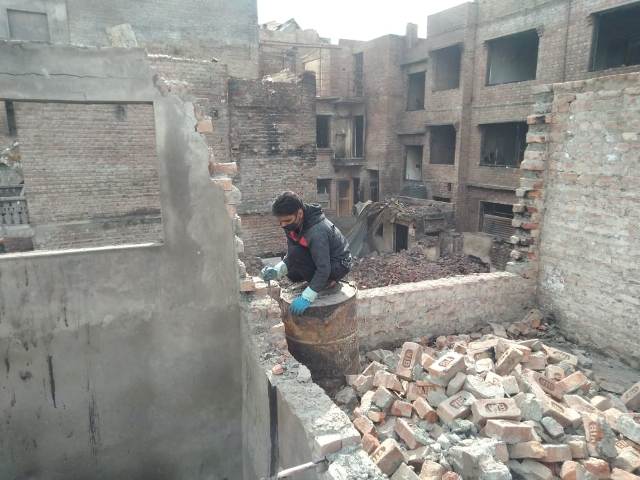 Srinagar: Bashir Ahmad Darzi, a daily wager, had lost all hope. On May 19, his two-storey house in a densely populated area in downtown Srinagar had been severely damaged after an encounter.

Two Hizbul Mujahideen militants, one of whom was Junaid Ashraf Khan ‘Sehrai’, whose father is the chairman of the separatist conglomerate Tehreek-e-Hurriyat (a part of the composite All Parties Hurriyat Conference), were killed on the morning of May 19 after a 15-hour-long gun battle with security forces.

For Darzi, the encounter had meant an expensive reconstruction effort.

But just 12 days after the encounter, Darzi along with his son Adil Bashir, were discussing the intricacies of the construction process with a bricklayer.

To Darzi’s aid had come locals in the area, who had started an online campaign to raise money for the reconstruction of the houses. In no time, money had started to flow in.

As per the Mohalla Committee, the drive resulted in a whopping Rs 3 crores. This was collected in just seven days. The money has been distributed among affected families.

Darzi said it would have been impossible for him to rebuild his house without the donation.

“I am a daily wage earner. How was I supposed to rebuild my house? It is all because of locals who came forward to help me out ,” Darzi said. 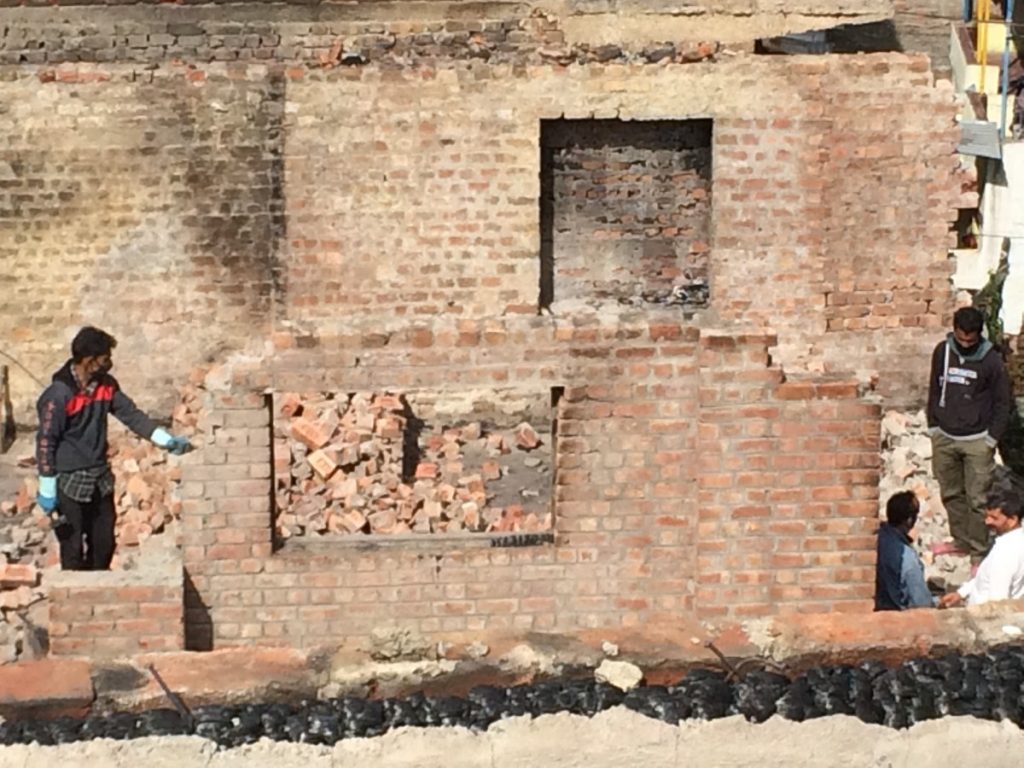 In the aftermath of the encounter which killed the two militants, many residents alleged that the government forces set their houses on fire and looted valuables from their homes during the gun battle.

The Mohalla Committee said that as many as 22 houses were gutted in the fire. The Fire and Service departments in their report, however, mentioned that only 15 houses had been damaged.

Mukhtar Ahmad, a shopkeeper whose house was partially damaged, said he had been used as a “human shield” by the security forces to track down the militants. This claim has not been independently verified.

Mukhtar also said the forces had initially taken Rs 63,000, which he had in his pocket, when they intercepted him. “I got a call from the local police station two days ago. They said that the ‘Army’ had returned my money,” he said. He eventually got it back.

Mukhtar said that he too would begin rebuilding his house after receiving the crowdfunded money. 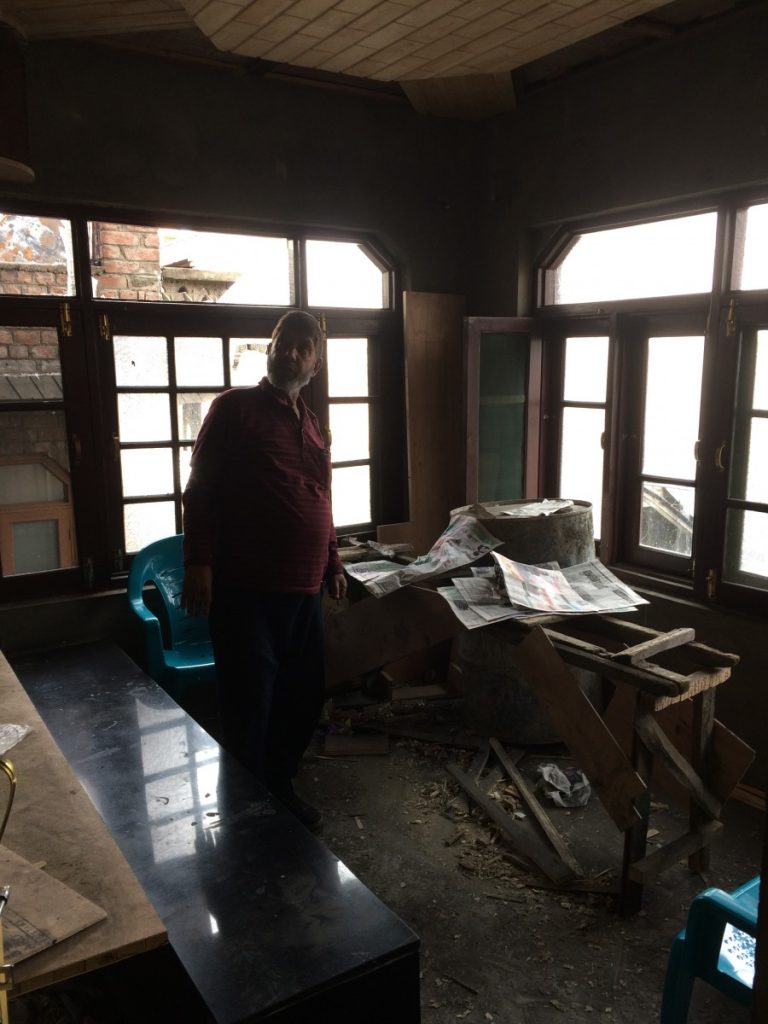 “We were planning to celebrate Eid in our new house. But that was not to be,” he said. The almirahs of his new house are still out in the open, but they are partially burned.

The overwhelming response from the people and the meeting of the target prompted the Mohalla Committee to stop the donation drive.

Abdul Rehman Dar, the president of the Committee, said they have now appealed to people to stop contributing any more money.

“We brought some engineers to evaluate the damage. And as per their estimation, Rs 3 crore will be needed to rebuild all the damaged houses,” Dar said. “By Allah’s grace we have achieved the target and have asked people not to donate anymore.” 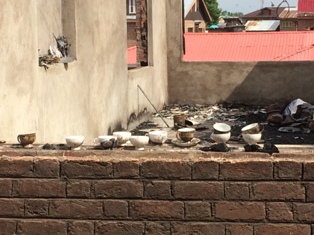 Crockery in one of the damaged houses. Photo: Junaid Kathju

Dar said the Committee also divided Rs 34 lakh among the three families who lost members after a shell which was lying in the debris exploded on the day after the encounter. A large number of people across the city have visited the place to witness the scale of destruction.

“One of those who lost their lives in the explosion has five daughters. So, we fixed a deposit of Rs 3 lakh for each of his daughters, for their weddings. We have given an extra Rs 2 lakh to the family for their daily needs,” Dar said.

The Mohalla Committee said there has been no help from the government for the victims till date.

“People from the Red Cross came one day and distributed Rs 5,000 to all the affected families. That is all. We have not seen anyone else visiting the families,” they said.